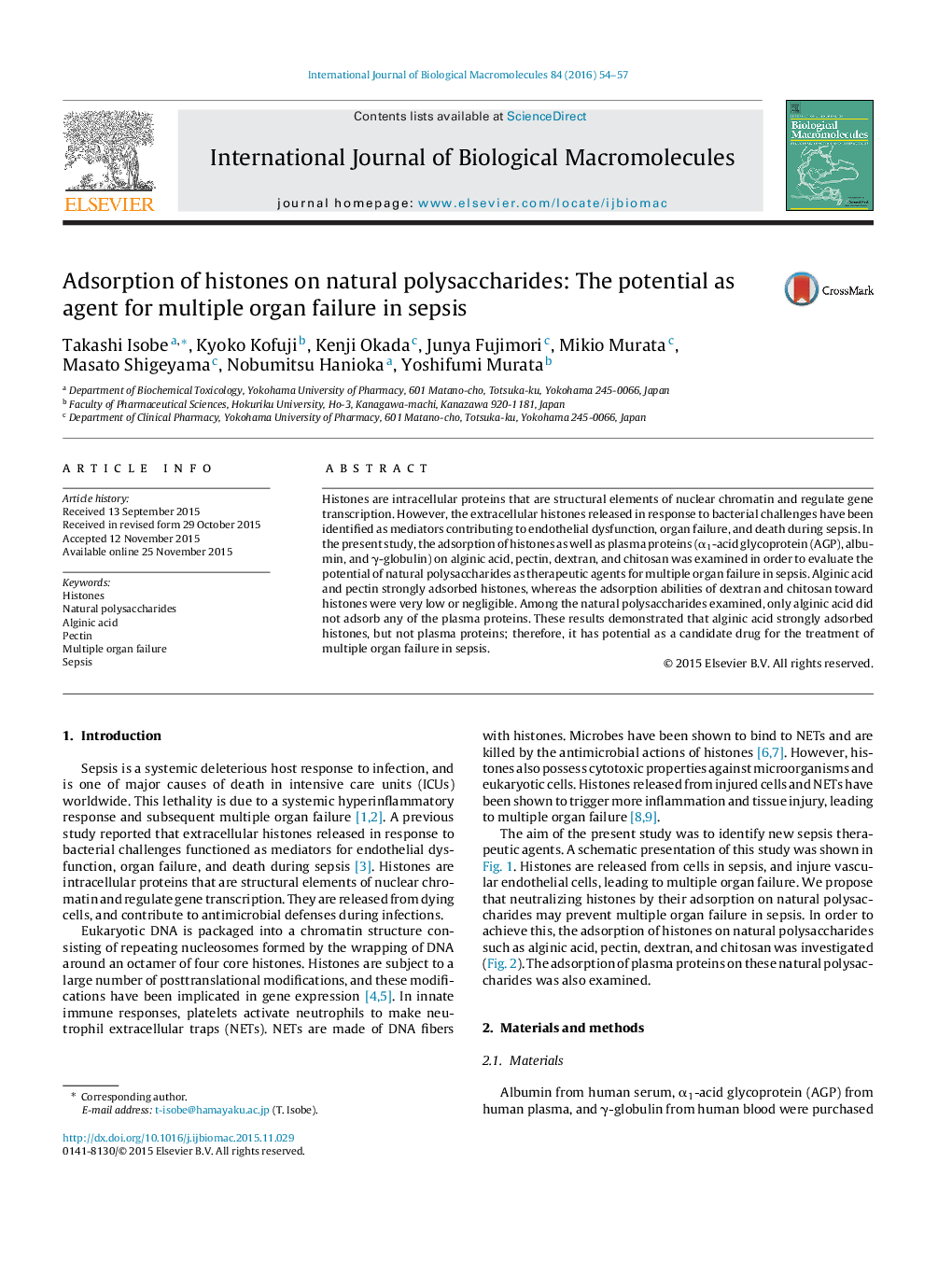 Histones are intracellular proteins that are structural elements of nuclear chromatin and regulate gene transcription. However, the extracellular histones released in response to bacterial challenges have been identified as mediators contributing to endothelial dysfunction, organ failure, and death during sepsis. In the present study, the adsorption of histones as well as plasma proteins (α1-acid glycoprotein (AGP), albumin, and γ-globulin) on alginic acid, pectin, dextran, and chitosan was examined in order to evaluate the potential of natural polysaccharides as therapeutic agents for multiple organ failure in sepsis. Alginic acid and pectin strongly adsorbed histones, whereas the adsorption abilities of dextran and chitosan toward histones were very low or negligible. Among the natural polysaccharides examined, only alginic acid did not adsorb any of the plasma proteins. These results demonstrated that alginic acid strongly adsorbed histones, but not plasma proteins; therefore, it has potential as a candidate drug for the treatment of multiple organ failure in sepsis.