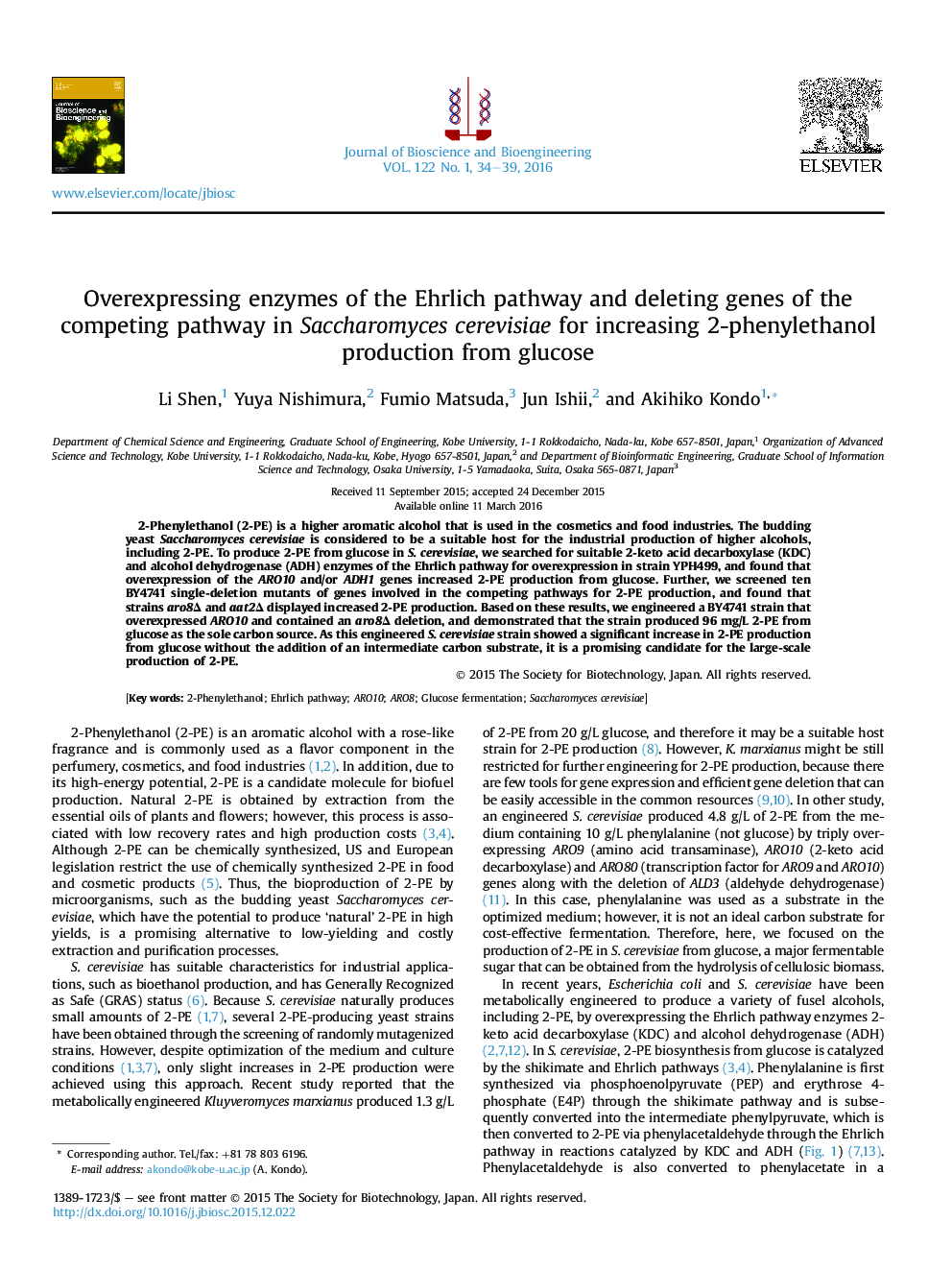 2-Phenylethanol (2-PE) is a higher aromatic alcohol that is used in the cosmetics and food industries. The budding yeast Saccharomyces cerevisiae is considered to be a suitable host for the industrial production of higher alcohols, including 2-PE. To produce 2-PE from glucose in S. cerevisiae, we searched for suitable 2-keto acid decarboxylase (KDC) and alcohol dehydrogenase (ADH) enzymes of the Ehrlich pathway for overexpression in strain YPH499, and found that overexpression of the ARO10 and/or ADH1 genes increased 2-PE production from glucose. Further, we screened ten BY4741 single-deletion mutants of genes involved in the competing pathways for 2-PE production, and found that strains aro8Δ and aat2Δ displayed increased 2-PE production. Based on these results, we engineered a BY4741 strain that overexpressed ARO10 and contained an aro8Δ deletion, and demonstrated that the strain produced 96 mg/L 2-PE from glucose as the sole carbon source. As this engineered S. cerevisiae strain showed a significant increase in 2-PE production from glucose without the addition of an intermediate carbon substrate, it is a promising candidate for the large-scale production of 2-PE.