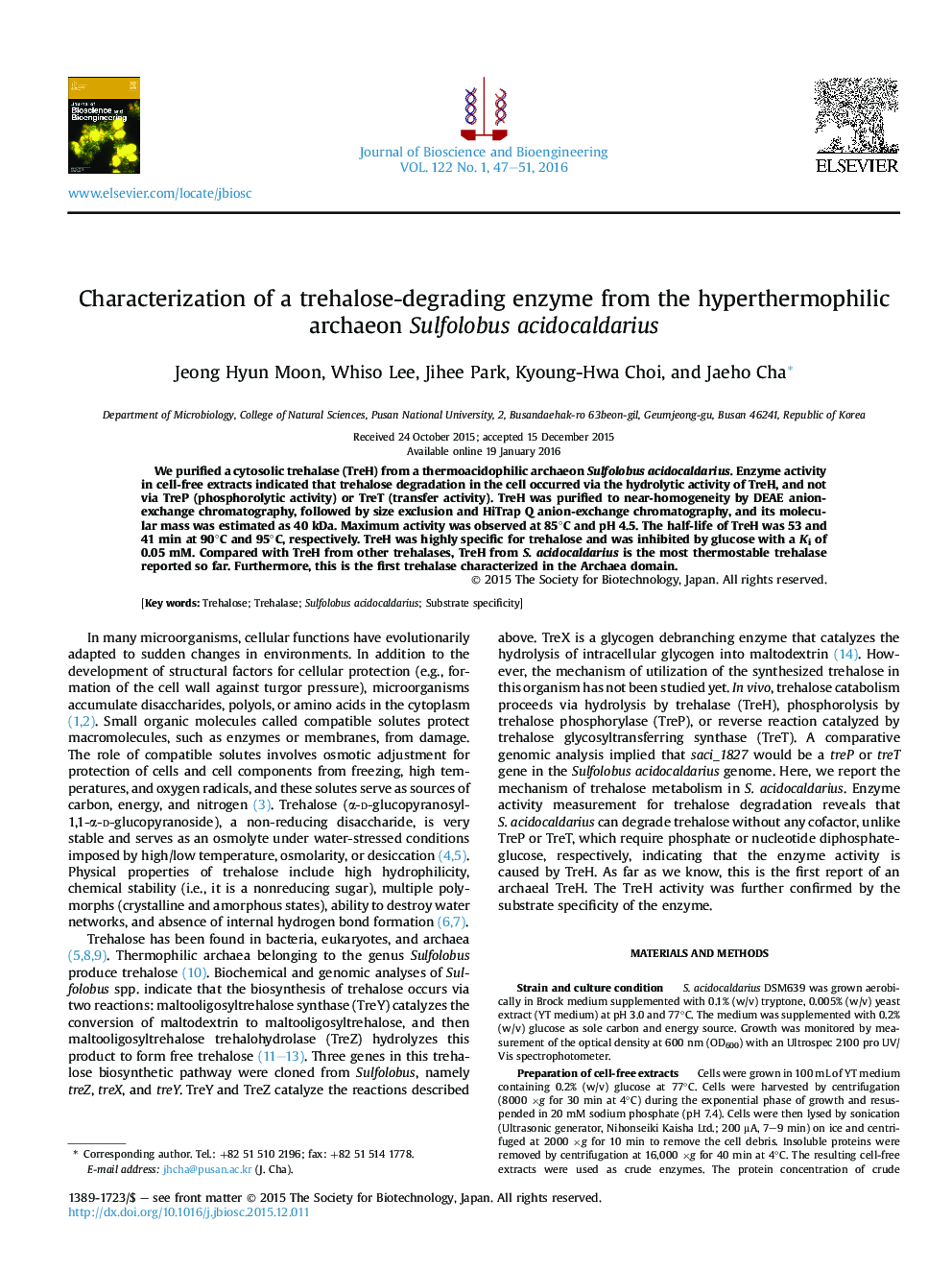 We purified a cytosolic trehalase (TreH) from a thermoacidophilic archaeon Sulfolobus acidocaldarius. Enzyme activity in cell-free extracts indicated that trehalose degradation in the cell occurred via the hydrolytic activity of TreH, and not via TreP (phosphorolytic activity) or TreT (transfer activity). TreH was purified to near-homogeneity by DEAE anion-exchange chromatography, followed by size exclusion and HiTrap Q anion-exchange chromatography, and its molecular mass was estimated as 40 kDa. Maximum activity was observed at 85°C and pH 4.5. The half-life of TreH was 53 and 41 min at 90°C and 95°C, respectively. TreH was highly specific for trehalose and was inhibited by glucose with a Ki of 0.05 mM. Compared with TreH from other trehalases, TreH from S. acidocaldarius is the most thermostable trehalase reported so far. Furthermore, this is the first trehalase characterized in the Archaea domain.