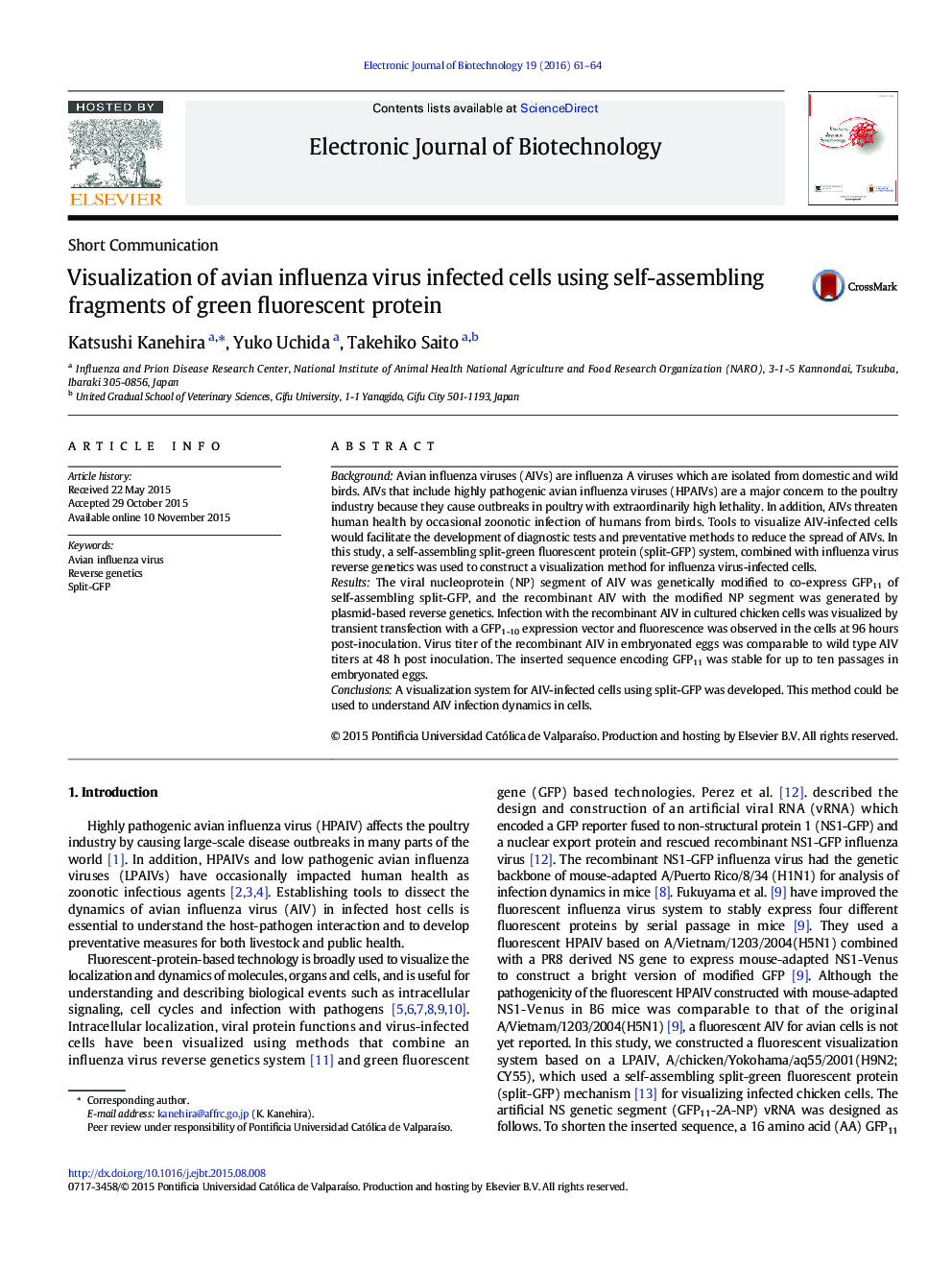 BackgroundAvian influenza viruses (AIVs) are influenza A viruses which are isolated from domestic and wild birds. AIVs that include highly pathogenic avian influenza viruses (HPAIVs) are a major concern to the poultry industry because they cause outbreaks in poultry with extraordinarily high lethality. In addition, AIVs threaten human health by occasional zoonotic infection of humans from birds. Tools to visualize AIV-infected cells would facilitate the development of diagnostic tests and preventative methods to reduce the spread of AIVs. In this study, a self-assembling split-green fluorescent protein (split-GFP) system, combined with influenza virus reverse genetics was used to construct a visualization method for influenza virus-infected cells.ResultsThe viral nucleoprotein (NP) segment of AIV was genetically modified to co-express GFP11 of self-assembling split-GFP, and the recombinant AIV with the modified NP segment was generated by plasmid-based reverse genetics. Infection with the recombinant AIV in cultured chicken cells was visualized by transient transfection with a GFP1 -10 expression vector and fluorescence was observed in the cells at 96 hours post-inoculation. Virus titer of the recombinant AIV in embryonated eggs was comparable to wild type AIV titers at 48 h post inoculation. The inserted sequence encoding GFP11 was stable for up to ten passages in embryonated eggs.ConclusionsA visualization system for AIV-infected cells using split-GFP was developed. This method could be used to understand AIV infection dynamics in cells.