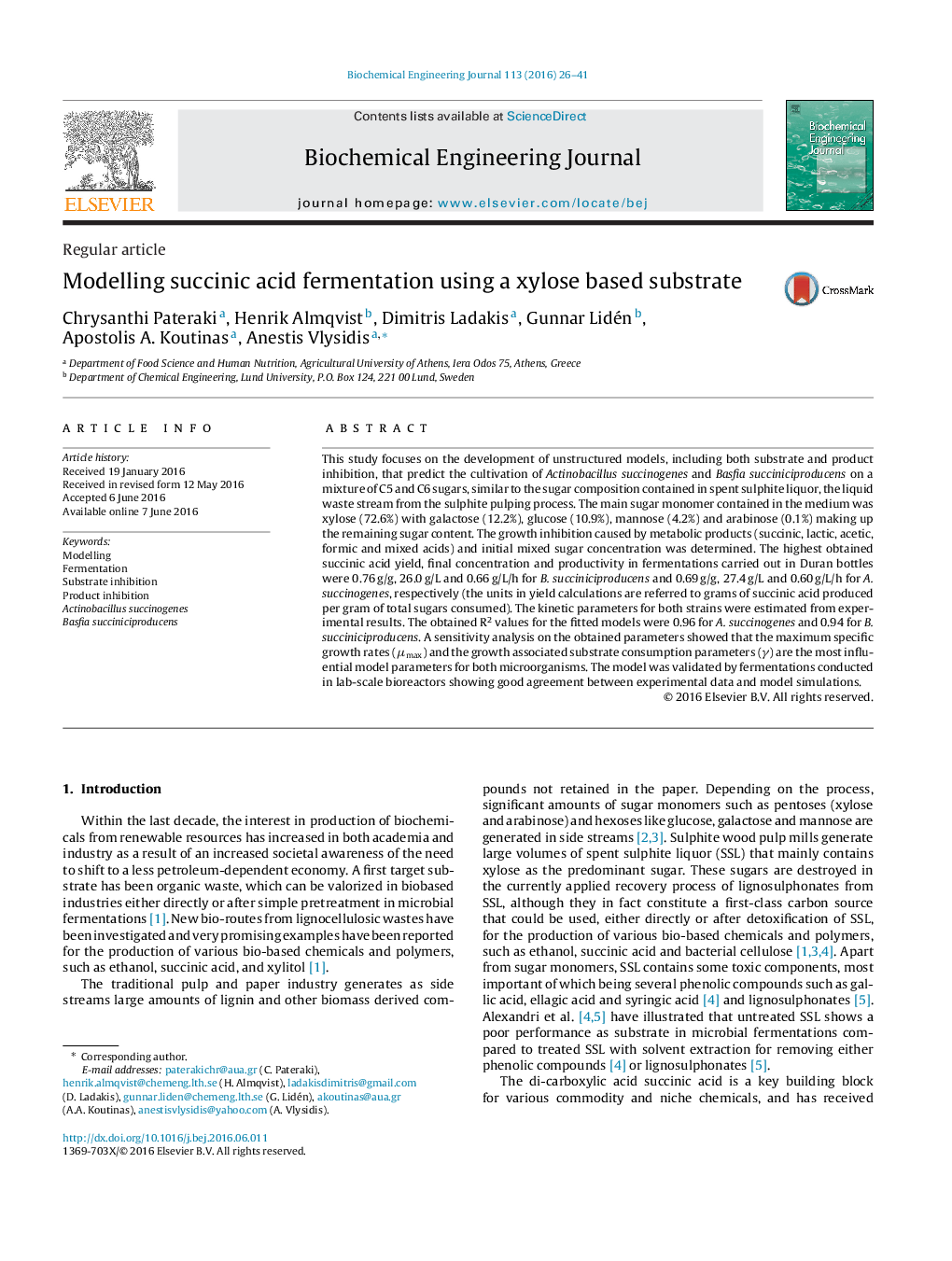 • Succinic acid production from xylose-based medium.
• Inhibition of growth of Actinobacillus succinogenes and Basfia succiniciproducens caused by carboxylic acids and sugars.
• An unstructured model with substrate and product inhibition was developed.

This study focuses on the development of unstructured models, including both substrate and product inhibition, that predict the cultivation of Actinobacillus succinogenes and Basfia succiniciproducens on a mixture of C5 and C6 sugars, similar to the sugar composition contained in spent sulphite liquor, the liquid waste stream from the sulphite pulping process. The main sugar monomer contained in the medium was xylose (72.6%) with galactose (12.2%), glucose (10.9%), mannose (4.2%) and arabinose (0.1%) making up the remaining sugar content. The growth inhibition caused by metabolic products (succinic, lactic, acetic, formic and mixed acids) and initial mixed sugar concentration was determined. The highest obtained succinic acid yield, final concentration and productivity in fermentations carried out in Duran bottles were 0.76 g/g, 26.0 g/L and 0.66 g/L/h for B. succiniciproducens and 0.69 g/g, 27.4 g/L and 0.60 g/L/h for A. succinogenes, respectively (the units in yield calculations are referred to grams of succinic acid produced per gram of total sugars consumed). The kinetic parameters for both strains were estimated from experimental results. The obtained R2 values for the fitted models were 0.96 for A. succinogenes and 0.94 for B. succiniciproducens. A sensitivity analysis on the obtained parameters showed that the maximum specific growth rates (μmax) and the growth associated substrate consumption parameters (γ) are the most influential model parameters for both microorganisms. The model was validated by fermentations conducted in lab-scale bioreactors showing good agreement between experimental data and model simulations.