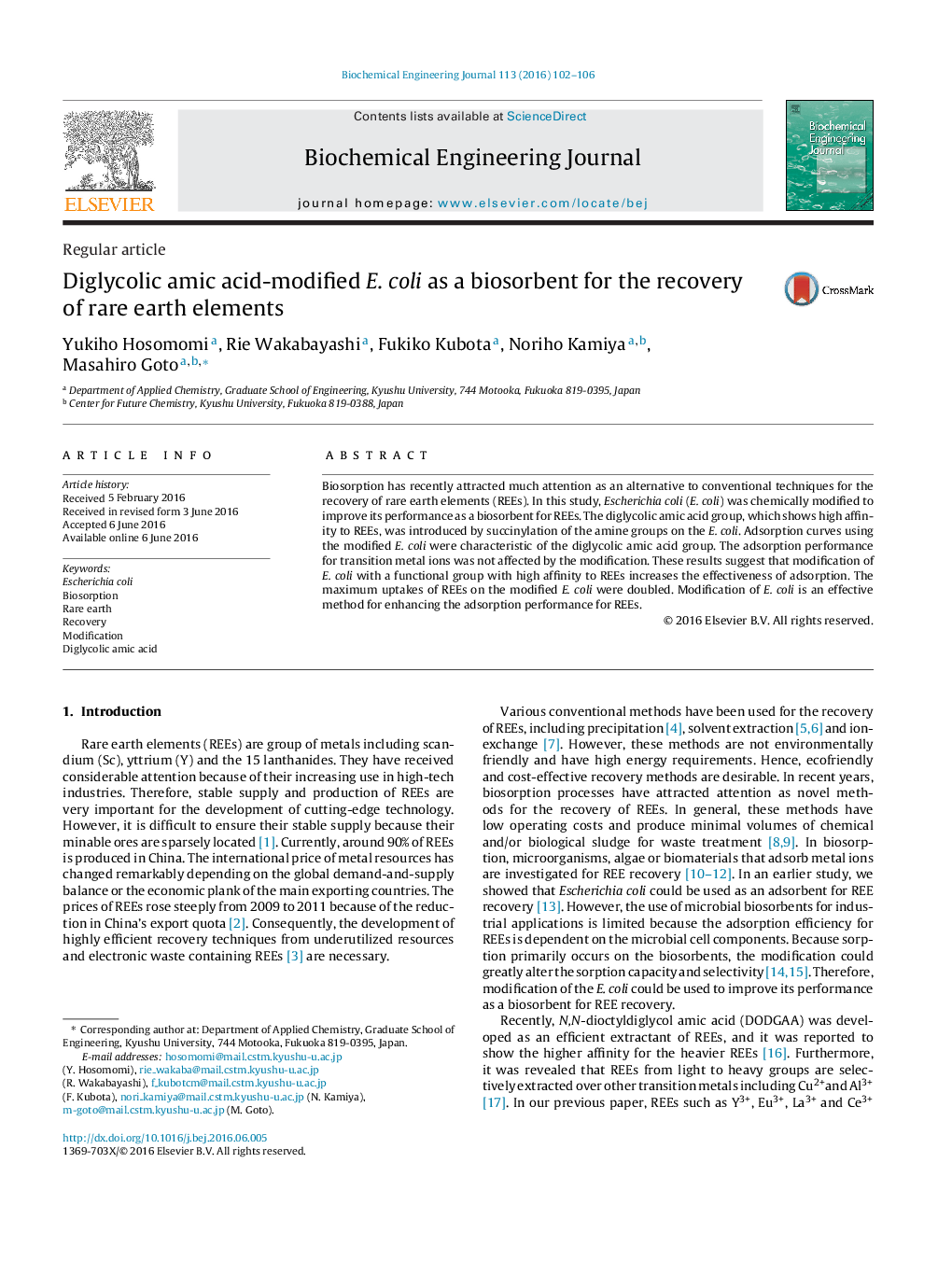 • E. coli was modified with diglycol amic acid group (DGAA).
• The E coli showed a high affinity to REEs due to the DGAA introduced.
• Quantitative uptake of REEs onto modified E. coli was achieved at pH 2.

Biosorption has recently attracted much attention as an alternative to conventional techniques for the recovery of rare earth elements (REEs). In this study, Escherichia coli (E. coli) was chemically modified to improve its performance as a biosorbent for REEs. The diglycolic amic acid group, which shows high affinity to REEs, was introduced by succinylation of the amine groups on the E. coli. Adsorption curves using the modified E. coli were characteristic of the diglycolic amic acid group. The adsorption performance for transition metal ions was not affected by the modification. These results suggest that modification of E. coli with a functional group with high affinity to REEs increases the effectiveness of adsorption. The maximum uptakes of REEs on the modified E. coli were doubled. Modification of E. coli is an effective method for enhancing the adsorption performance for REEs.