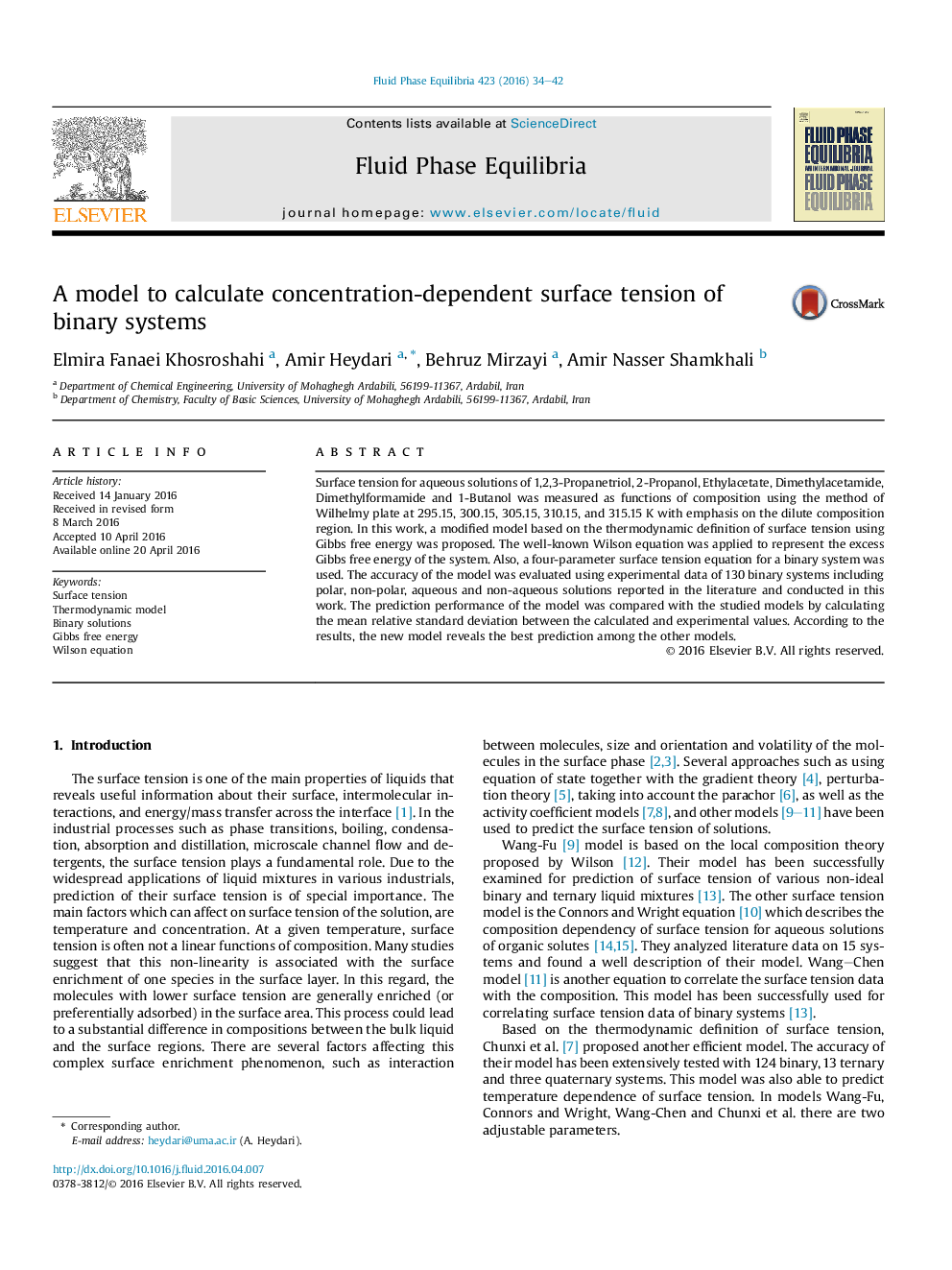 Surface tension for aqueous solutions of 1,2,3-Propanetriol, 2-Propanol, Ethylacetate, Dimethylacetamide, Dimethylformamide and 1-Butanol was measured as functions of composition using the method of Wilhelmy plate at 295.15, 300.15, 305.15, 310.15, and 315.15 K with emphasis on the dilute composition region. In this work, a modified model based on the thermodynamic definition of surface tension using Gibbs free energy was proposed. The well-known Wilson equation was applied to represent the excess Gibbs free energy of the system. Also, a four-parameter surface tension equation for a binary system was used. The accuracy of the model was evaluated using experimental data of 130 binary systems including polar, non-polar, aqueous and non-aqueous solutions reported in the literature and conducted in this work. The prediction performance of the model was compared with the studied models by calculating the mean relative standard deviation between the calculated and experimental values. According to the results, the new model reveals the best prediction among the other models.