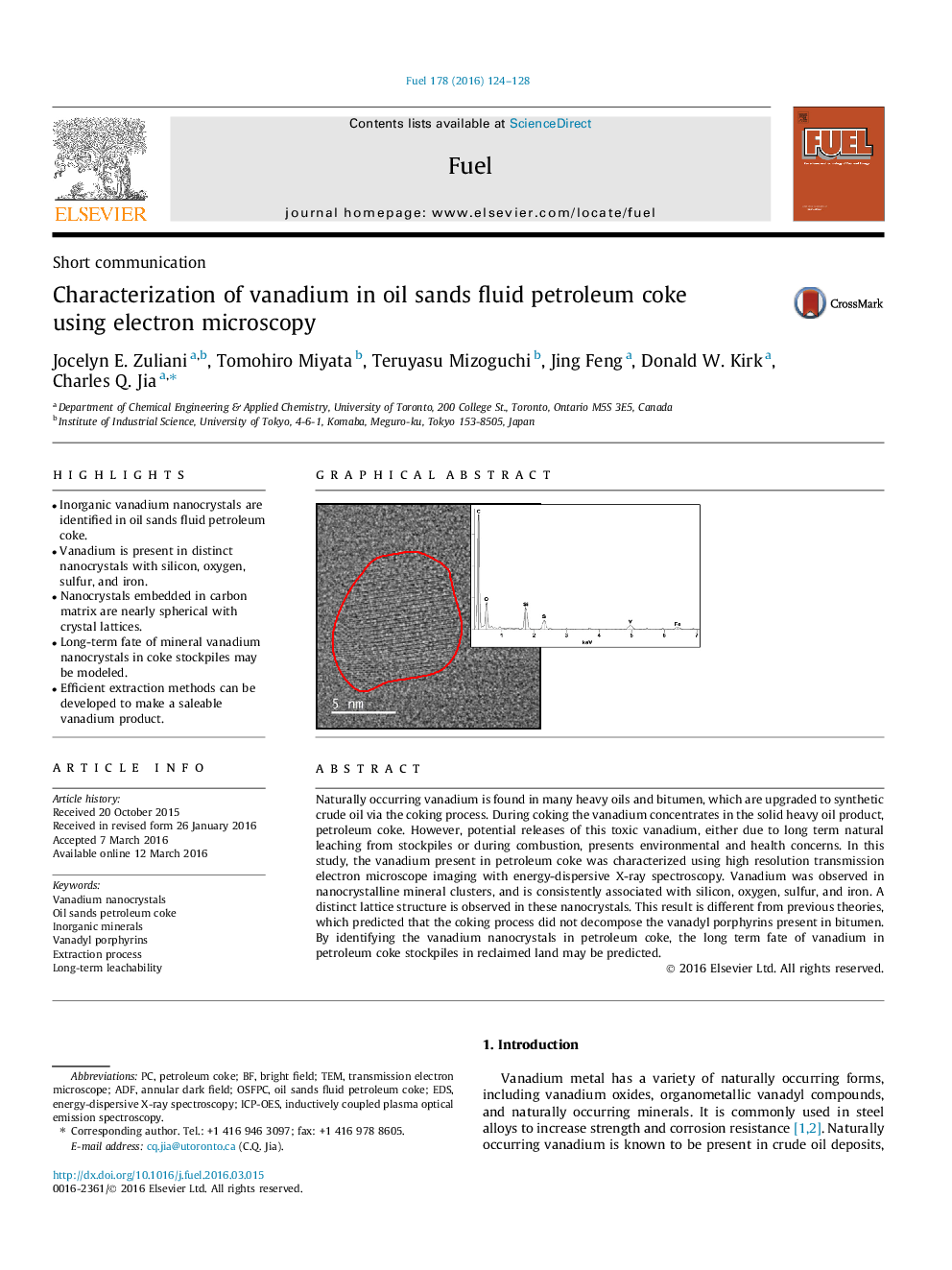 Naturally occurring vanadium is found in many heavy oils and bitumen, which are upgraded to synthetic crude oil via the coking process. During coking the vanadium concentrates in the solid heavy oil product, petroleum coke. However, potential releases of this toxic vanadium, either due to long term natural leaching from stockpiles or during combustion, presents environmental and health concerns. In this study, the vanadium present in petroleum coke was characterized using high resolution transmission electron microscope imaging with energy-dispersive X-ray spectroscopy. Vanadium was observed in nanocrystalline mineral clusters, and is consistently associated with silicon, oxygen, sulfur, and iron. A distinct lattice structure is observed in these nanocrystals. This result is different from previous theories, which predicted that the coking process did not decompose the vanadyl porphyrins present in bitumen. By identifying the vanadium nanocrystals in petroleum coke, the long term fate of vanadium in petroleum coke stockpiles in reclaimed land may be predicted.