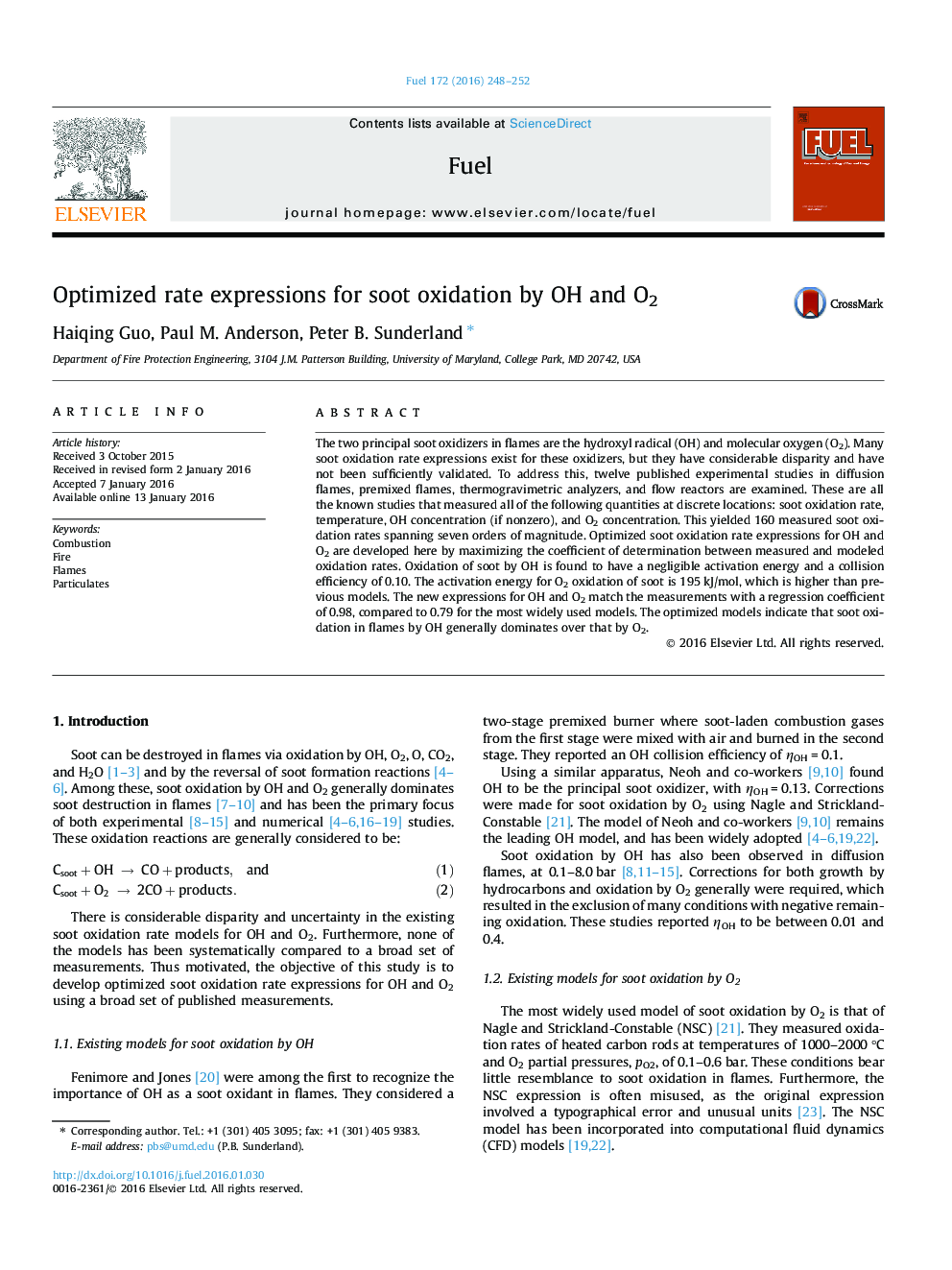 The two principal soot oxidizers in flames are the hydroxyl radical (OH) and molecular oxygen (O2). Many soot oxidation rate expressions exist for these oxidizers, but they have considerable disparity and have not been sufficiently validated. To address this, twelve published experimental studies in diffusion flames, premixed flames, thermogravimetric analyzers, and flow reactors are examined. These are all the known studies that measured all of the following quantities at discrete locations: soot oxidation rate, temperature, OH concentration (if nonzero), and O2 concentration. This yielded 160 measured soot oxidation rates spanning seven orders of magnitude. Optimized soot oxidation rate expressions for OH and O2 are developed here by maximizing the coefficient of determination between measured and modeled oxidation rates. Oxidation of soot by OH is found to have a negligible activation energy and a collision efficiency of 0.10. The activation energy for O2 oxidation of soot is 195 kJ/mol, which is higher than previous models. The new expressions for OH and O2 match the measurements with a regression coefficient of 0.98, compared to 0.79 for the most widely used models. The optimized models indicate that soot oxidation in flames by OH generally dominates over that by O2.