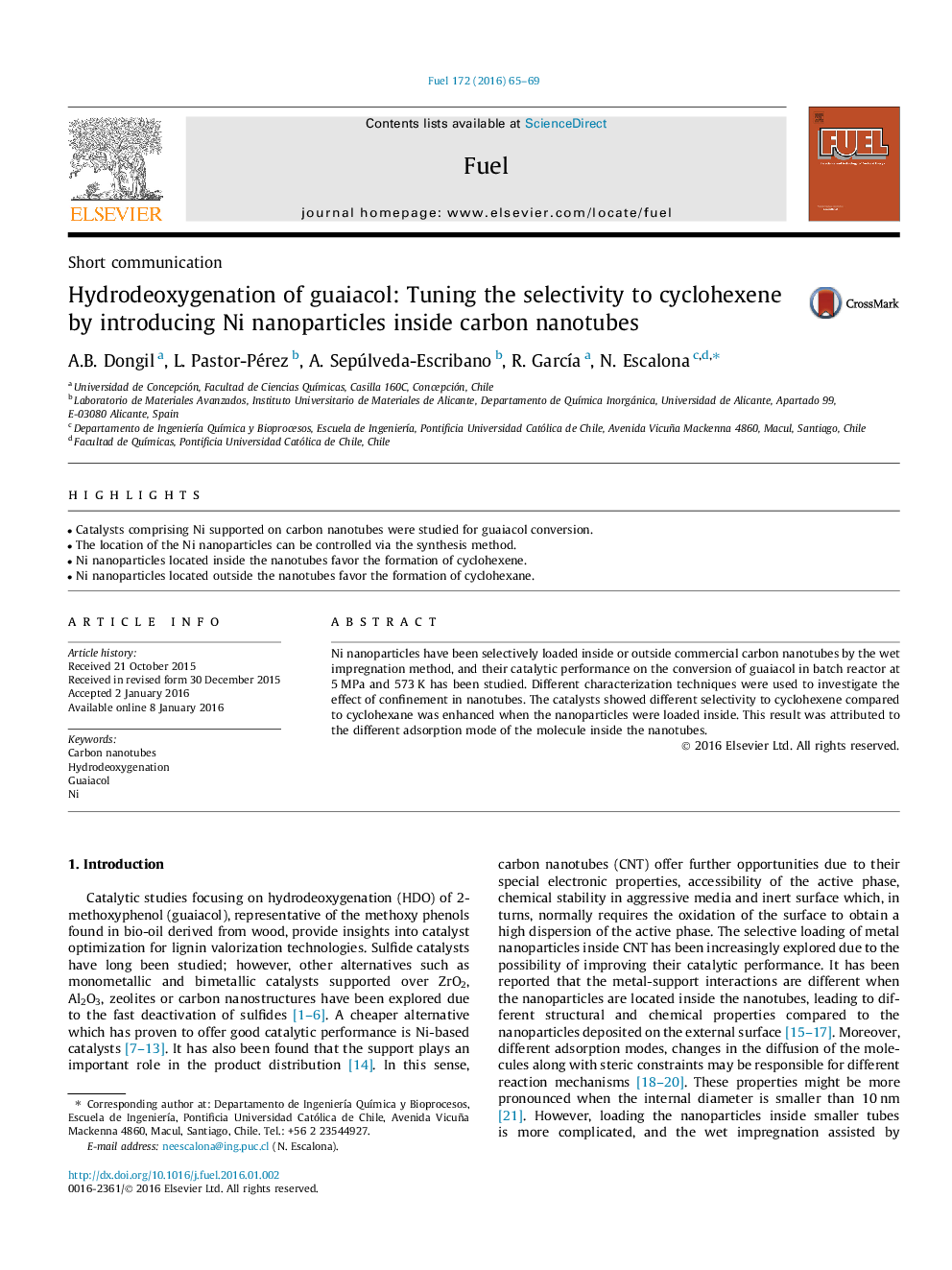 Ni nanoparticles have been selectively loaded inside or outside commercial carbon nanotubes by the wet impregnation method, and their catalytic performance on the conversion of guaiacol in batch reactor at 5 MPa and 573 K has been studied. Different characterization techniques were used to investigate the effect of confinement in nanotubes. The catalysts showed different selectivity to cyclohexene compared to cyclohexane was enhanced when the nanoparticles were loaded inside. This result was attributed to the different adsorption mode of the molecule inside the nanotubes.