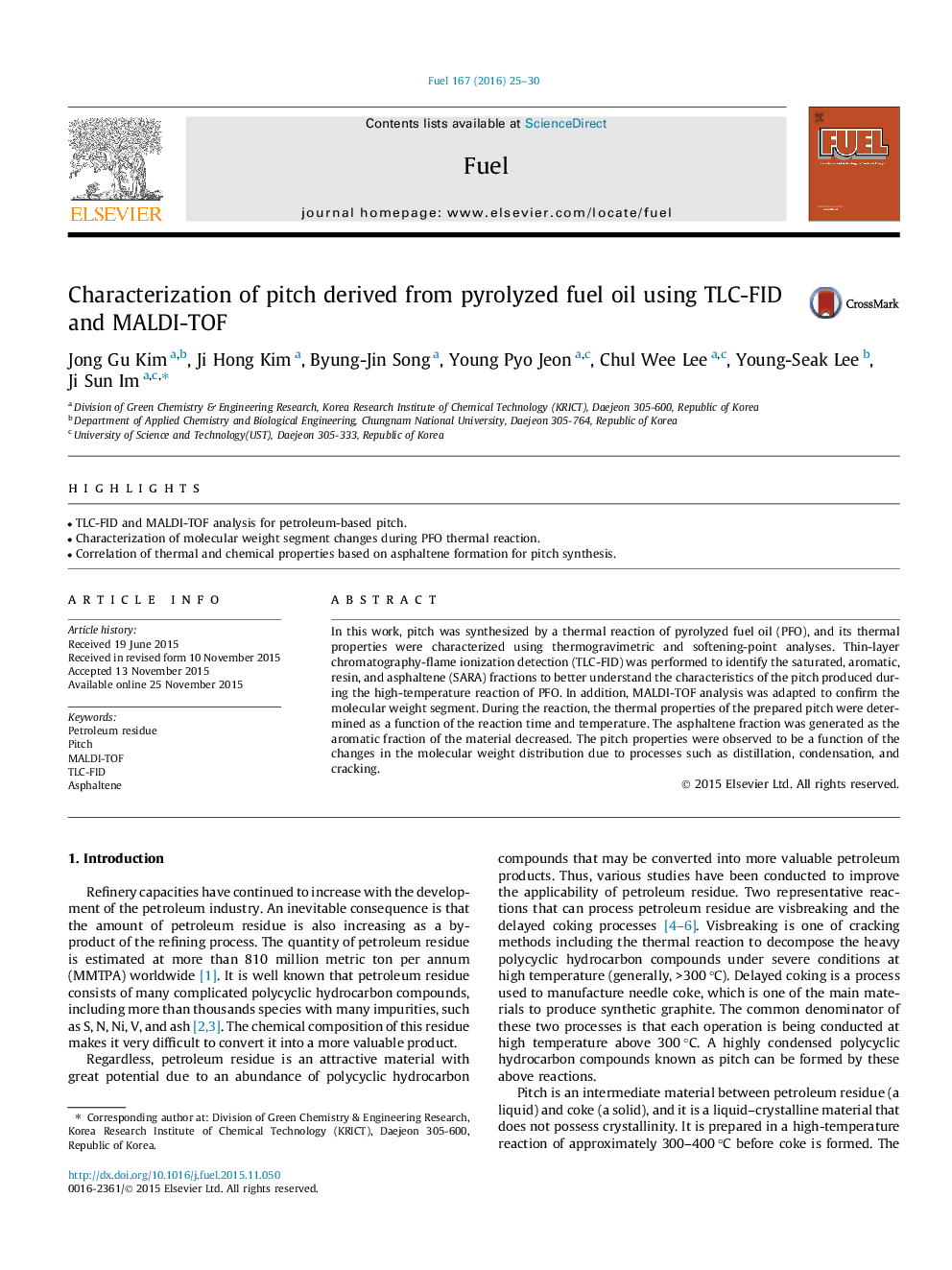 • TLC-FID and MALDI-TOF analysis for petroleum-based pitch.
• Characterization of molecular weight segment changes during PFO thermal reaction.
• Correlation of thermal and chemical properties based on asphaltene formation for pitch synthesis.

In this work, pitch was synthesized by a thermal reaction of pyrolyzed fuel oil (PFO), and its thermal properties were characterized using thermogravimetric and softening-point analyses. Thin-layer chromatography-flame ionization detection (TLC-FID) was performed to identify the saturated, aromatic, resin, and asphaltene (SARA) fractions to better understand the characteristics of the pitch produced during the high-temperature reaction of PFO. In addition, MALDI-TOF analysis was adapted to confirm the molecular weight segment. During the reaction, the thermal properties of the prepared pitch were determined as a function of the reaction time and temperature. The asphaltene fraction was generated as the aromatic fraction of the material decreased. The pitch properties were observed to be a function of the changes in the molecular weight distribution due to processes such as distillation, condensation, and cracking.