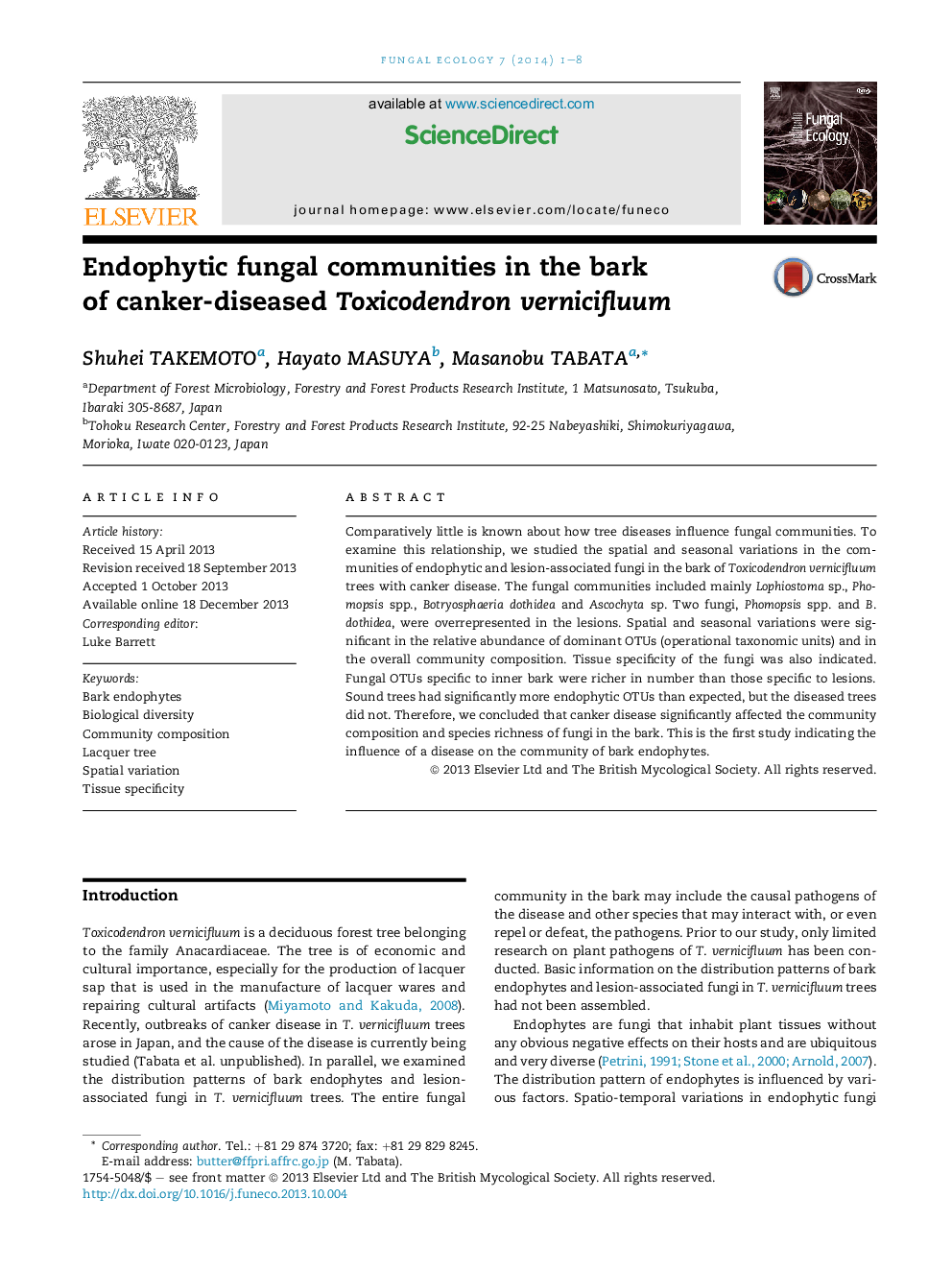 Comparatively little is known about how tree diseases influence fungal communities. To examine this relationship, we studied the spatial and seasonal variations in the communities of endophytic and lesion-associated fungi in the bark of Toxicodendron vernicifluum trees with canker disease. The fungal communities included mainly Lophiostoma sp., Phomopsis spp., Botryosphaeria dothidea and Ascochyta sp. Two fungi, Phomopsis spp. and B. dothidea, were overrepresented in the lesions. Spatial and seasonal variations were significant in the relative abundance of dominant OTUs (operational taxonomic units) and in the overall community composition. Tissue specificity of the fungi was also indicated. Fungal OTUs specific to inner bark were richer in number than those specific to lesions. Sound trees had significantly more endophytic OTUs than expected, but the diseased trees did not. Therefore, we concluded that canker disease significantly affected the community composition and species richness of fungi in the bark. This is the first study indicating the influence of a disease on the community of bark endophytes.