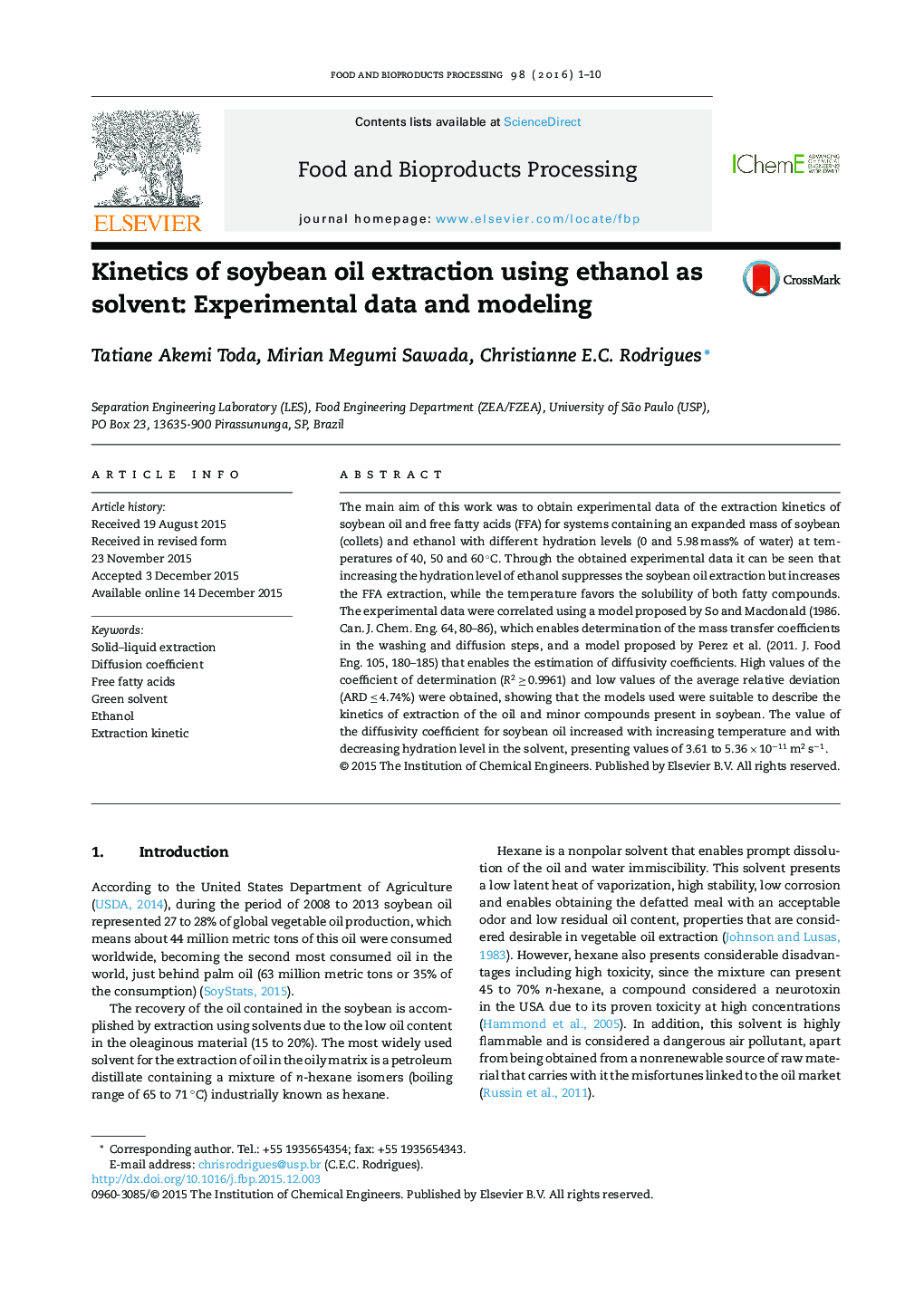 The main aim of this work was to obtain experimental data of the extraction kinetics of soybean oil and free fatty acids (FFA) for systems containing an expanded mass of soybean (collets) and ethanol with different hydration levels (0 and 5.98 mass% of water) at temperatures of 40, 50 and 60 °C. Through the obtained experimental data it can be seen that increasing the hydration level of ethanol suppresses the soybean oil extraction but increases the FFA extraction, while the temperature favors the solubility of both fatty compounds. The experimental data were correlated using a model proposed by So and Macdonald (1986. Can. J. Chem. Eng. 64, 80–86), which enables determination of the mass transfer coefficients in the washing and diffusion steps, and a model proposed by Perez et al. (2011. J. Food Eng. 105, 180–185) that enables the estimation of diffusivity coefficients. High values of the coefficient of determination (R2 ≥ 0.9961) and low values of the average relative deviation (ARD ≤ 4.74%) were obtained, showing that the models used were suitable to describe the kinetics of extraction of the oil and minor compounds present in soybean. The value of the diffusivity coefficient for soybean oil increased with increasing temperature and with decreasing hydration level in the solvent, presenting values of 3.61 to 5.36 × 10−11 m2 s−1.