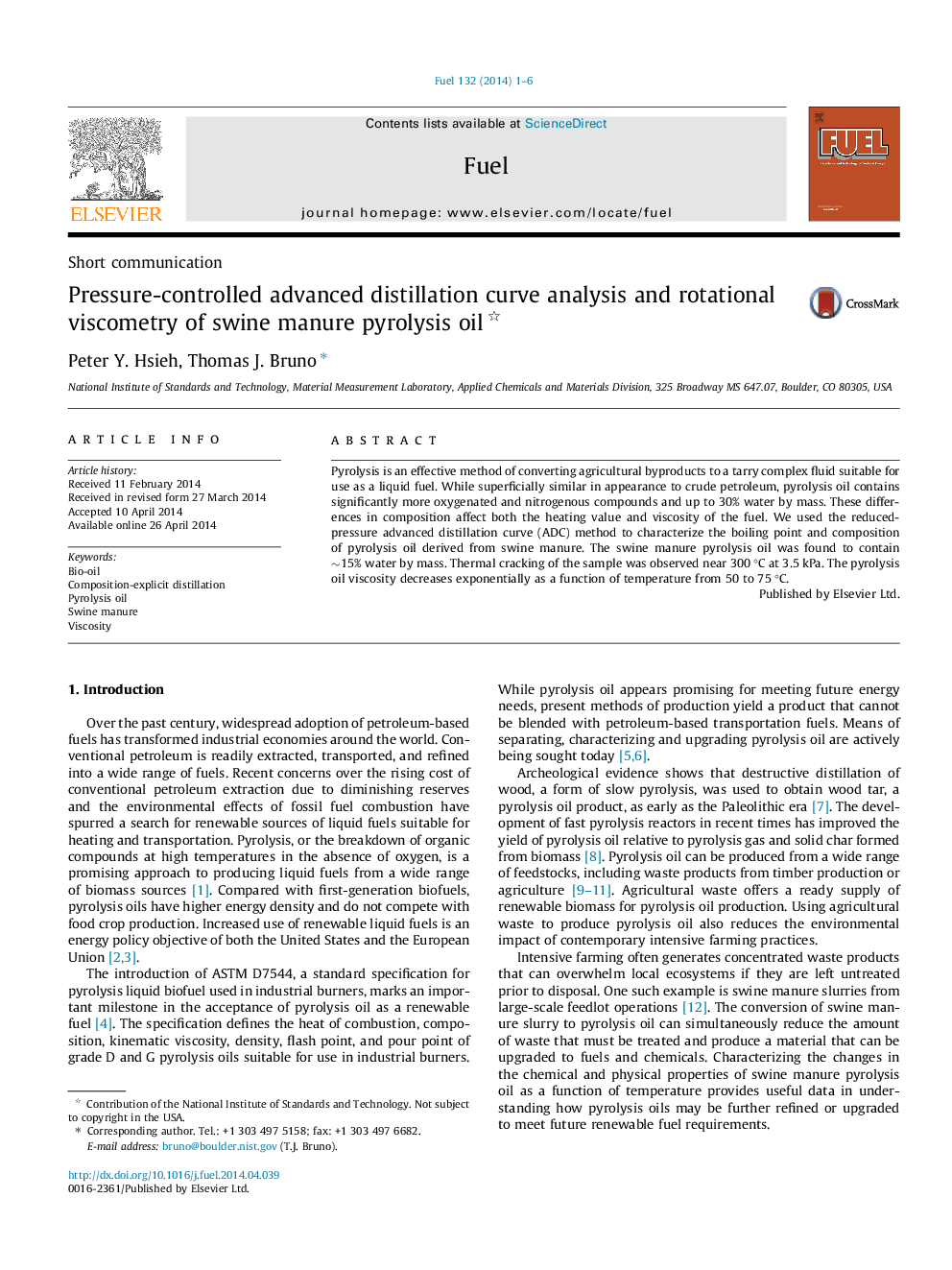 Pyrolysis is an effective method of converting agricultural byproducts to a tarry complex fluid suitable for use as a liquid fuel. While superficially similar in appearance to crude petroleum, pyrolysis oil contains significantly more oxygenated and nitrogenous compounds and up to 30% water by mass. These differences in composition affect both the heating value and viscosity of the fuel. We used the reduced-pressure advanced distillation curve (ADC) method to characterize the boiling point and composition of pyrolysis oil derived from swine manure. The swine manure pyrolysis oil was found to contain ∼15% water by mass. Thermal cracking of the sample was observed near 300 °C at 3.5 kPa. The pyrolysis oil viscosity decreases exponentially as a function of temperature from 50 to 75 °C.