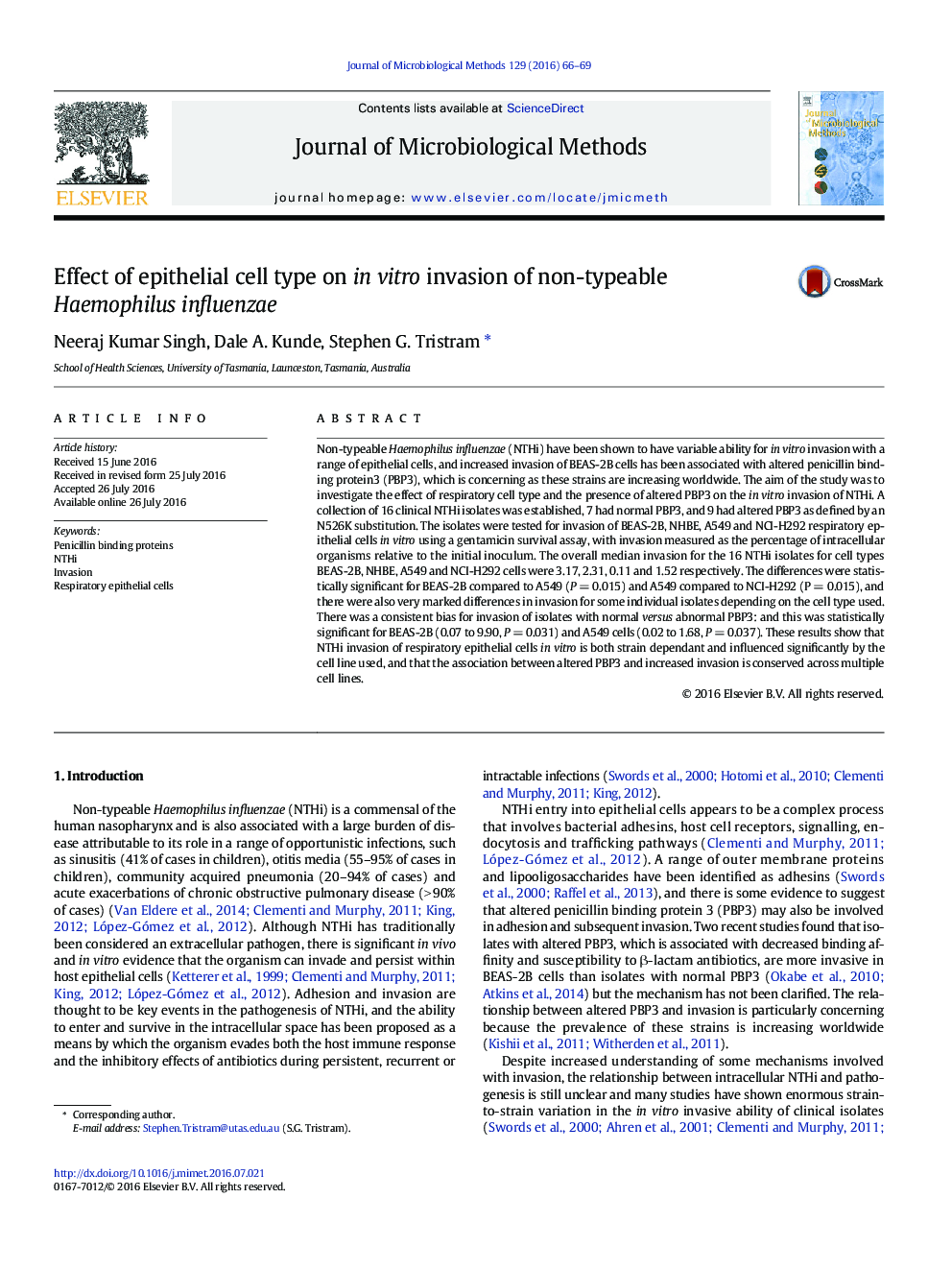 Non-typeable Haemophilus influenzae (NTHi) have been shown to have variable ability for in vitro invasion with a range of epithelial cells, and increased invasion of BEAS-2B cells has been associated with altered penicillin binding protein3 (PBP3), which is concerning as these strains are increasing worldwide. The aim of the study was to investigate the effect of respiratory cell type and the presence of altered PBP3 on the in vitro invasion of NTHi. A collection of 16 clinical NTHi isolates was established, 7 had normal PBP3, and 9 had altered PBP3 as defined by an N526K substitution. The isolates were tested for invasion of BEAS-2B, NHBE, A549 and NCI-H292 respiratory epithelial cells in vitro using a gentamicin survival assay, with invasion measured as the percentage of intracellular organisms relative to the initial inoculum. The overall median invasion for the 16 NTHi isolates for cell types BEAS-2B, NHBE, A549 and NCI-H292 cells were 3.17, 2.31, 0.11 and 1.52 respectively. The differences were statistically significant for BEAS-2B compared to A549 (P = 0.015) and A549 compared to NCI-H292 (P = 0.015), and there were also very marked differences in invasion for some individual isolates depending on the cell type used. There was a consistent bias for invasion of isolates with normal versus abnormal PBP3: and this was statistically significant for BEAS-2B (0.07 to 9.90, P = 0.031) and A549 cells (0.02 to 1.68, P = 0.037). These results show that NTHi invasion of respiratory epithelial cells in vitro is both strain dependant and influenced significantly by the cell line used, and that the association between altered PBP3 and increased invasion is conserved across multiple cell lines.