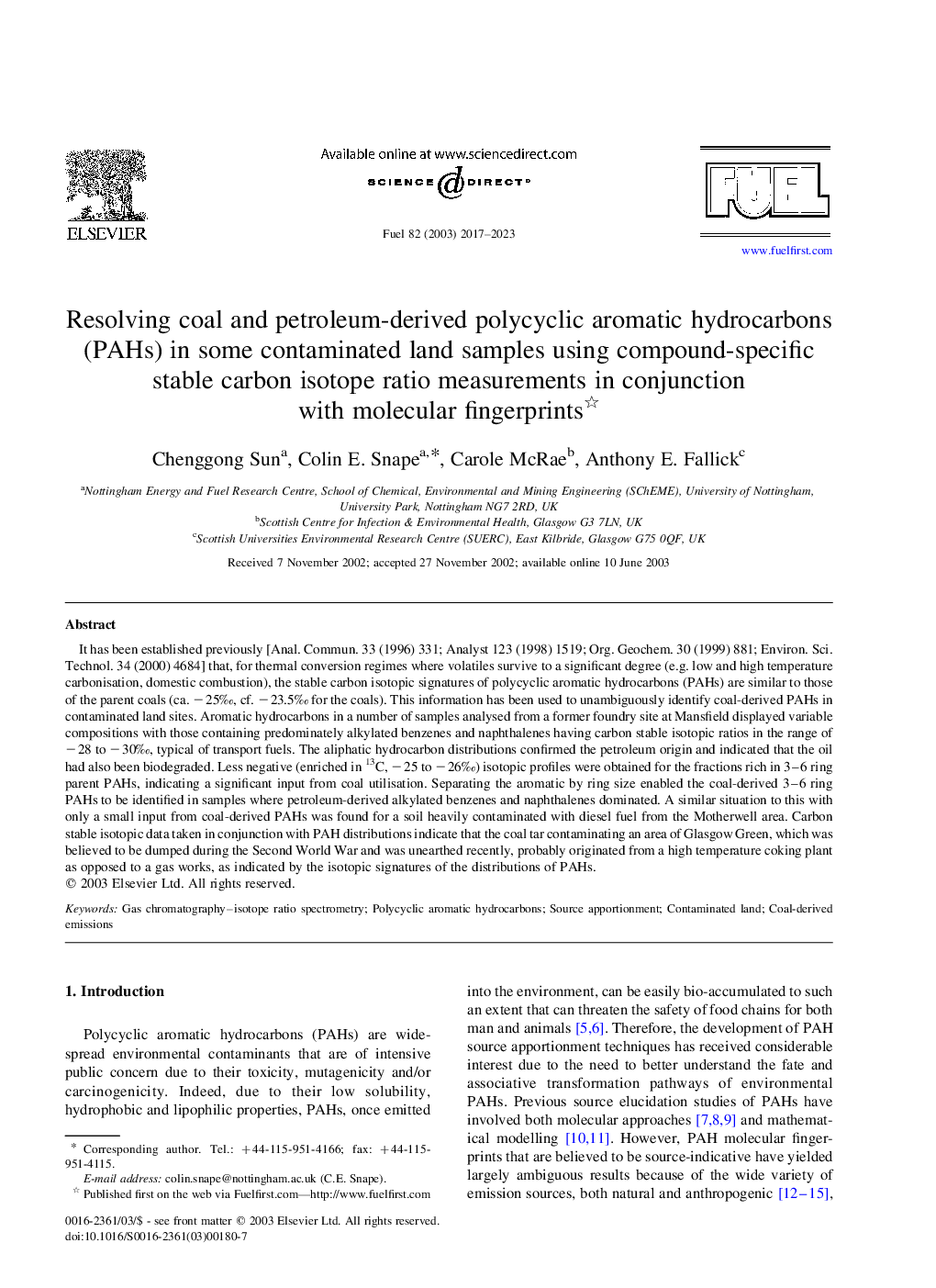 It has been established previously [Anal. Commun. 33 (1996) 331; Analyst 123 (1998) 1519; Org. Geochem. 30 (1999) 881; Environ. Sci. Technol. 34 (2000) 4684] that, for thermal conversion regimes where volatiles survive to a significant degree (e.g. low and high temperature carbonisation, domestic combustion), the stable carbon isotopic signatures of polycyclic aromatic hydrocarbons (PAHs) are similar to those of the parent coals (ca. −25‰, cf. −23.5‰ for the coals). This information has been used to unambiguously identify coal-derived PAHs in contaminated land sites. Aromatic hydrocarbons in a number of samples analysed from a former foundry site at Mansfield displayed variable compositions with those containing predominately alkylated benzenes and naphthalenes having carbon stable isotopic ratios in the range of −28 to −30‰, typical of transport fuels. The aliphatic hydrocarbon distributions confirmed the petroleum origin and indicated that the oil had also been biodegraded. Less negative (enriched in 13C, −25 to −26‰) isotopic profiles were obtained for the fractions rich in 3–6 ring parent PAHs, indicating a significant input from coal utilisation. Separating the aromatic by ring size enabled the coal-derived 3–6 ring PAHs to be identified in samples where petroleum-derived alkylated benzenes and naphthalenes dominated. A similar situation to this with only a small input from coal-derived PAHs was found for a soil heavily contaminated with diesel fuel from the Motherwell area. Carbon stable isotopic data taken in conjunction with PAH distributions indicate that the coal tar contaminating an area of Glasgow Green, which was believed to be dumped during the Second World War and was unearthed recently, probably originated from a high temperature coking plant as opposed to a gas works, as indicated by the isotopic signatures of the distributions of PAHs.