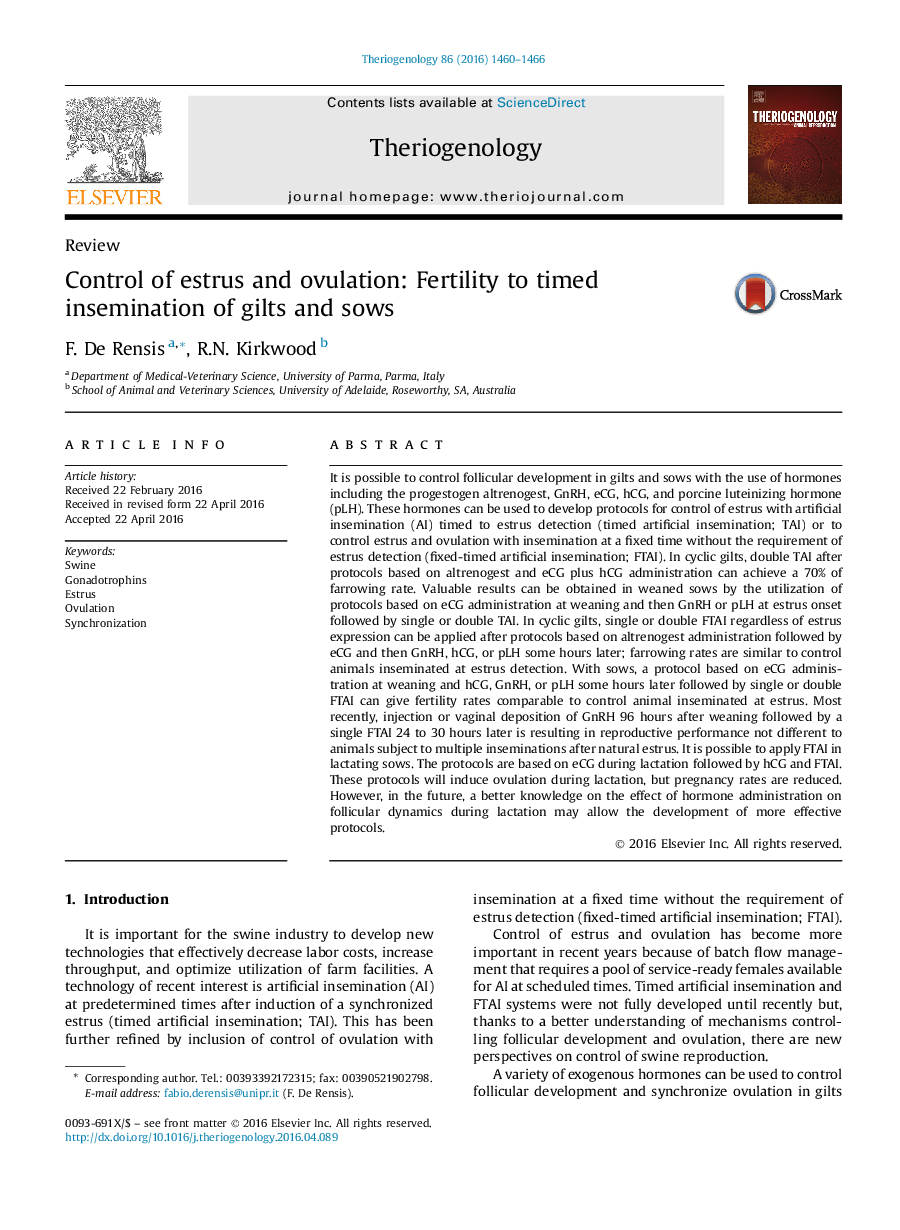 It is possible to control follicular development in gilts and sows with the use of hormones including the progestogen altrenogest, GnRH, eCG, hCG, and porcine luteinizing hormone (pLH). These hormones can be used to develop protocols for control of estrus with artificial insemination (AI) timed to estrus detection (timed artificial insemination; TAI) or to control estrus and ovulation with insemination at a fixed time without the requirement of estrus detection (fixed-timed artificial insemination; FTAI). In cyclic gilts, double TAI after protocols based on altrenogest and eCG plus hCG administration can achieve a 70% of farrowing rate. Valuable results can be obtained in weaned sows by the utilization of protocols based on eCG administration at weaning and then GnRH or pLH at estrus onset followed by single or double TAI. In cyclic gilts, single or double FTAI regardless of estrus expression can be applied after protocols based on altrenogest administration followed by eCG and then GnRH, hCG, or pLH some hours later; farrowing rates are similar to control animals inseminated at estrus detection. With sows, a protocol based on eCG administration at weaning and hCG, GnRH, or pLH some hours later followed by single or double FTAI can give fertility rates comparable to control animal inseminated at estrus. Most recently, injection or vaginal deposition of GnRH 96 hours after weaning followed by a single FTAI 24 to 30 hours later is resulting in reproductive performance not different to animals subject to multiple inseminations after natural estrus. It is possible to apply FTAI in lactating sows. The protocols are based on eCG during lactation followed by hCG and FTAI. These protocols will induce ovulation during lactation, but pregnancy rates are reduced. However, in the future, a better knowledge on the effect of hormone administration on follicular dynamics during lactation may allow the development of more effective protocols.