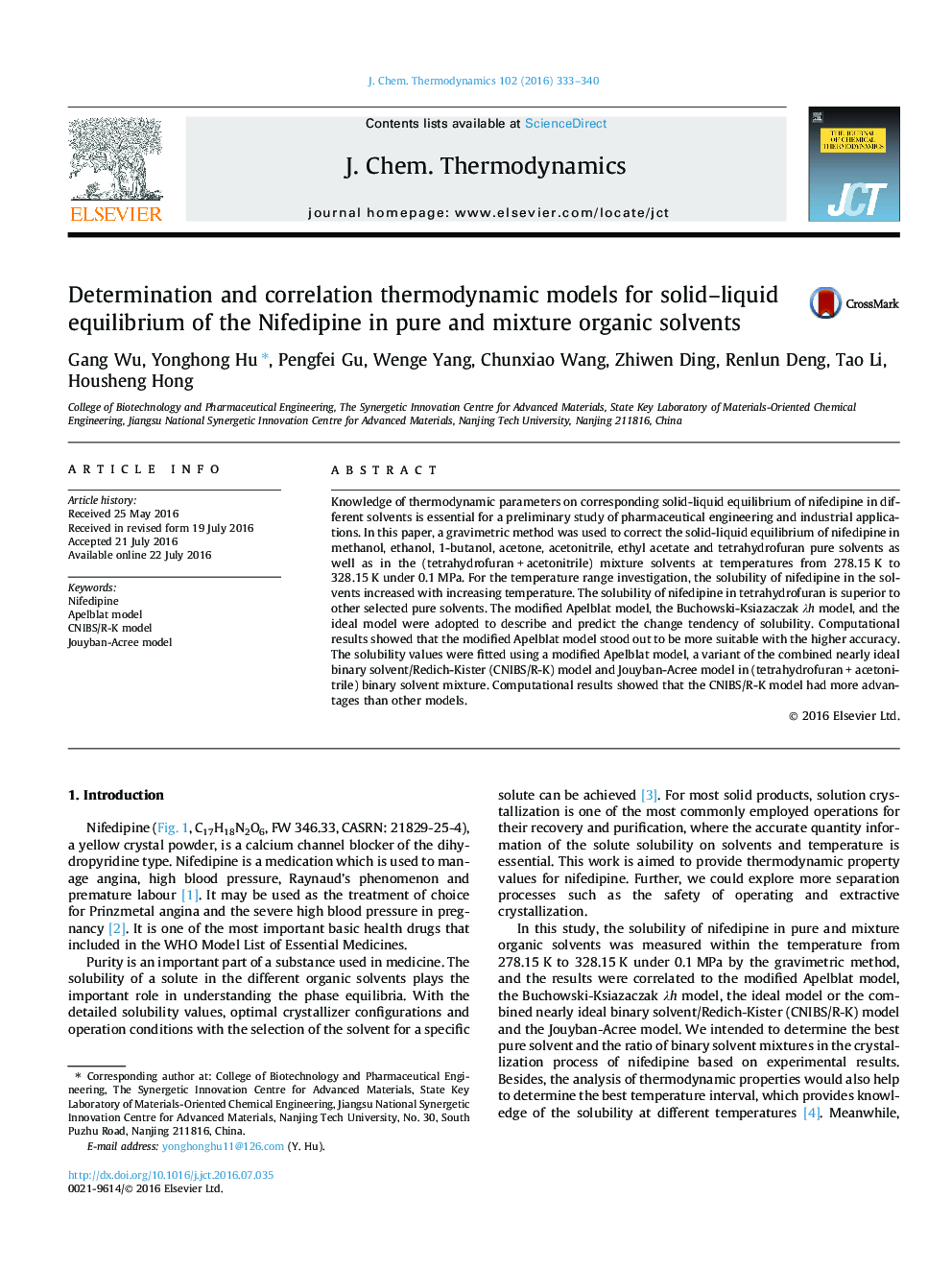 Knowledge of thermodynamic parameters on corresponding solid-liquid equilibrium of nifedipine in different solvents is essential for a preliminary study of pharmaceutical engineering and industrial applications. In this paper, a gravimetric method was used to correct the solid-liquid equilibrium of nifedipine in methanol, ethanol, 1-butanol, acetone, acetonitrile, ethyl acetate and tetrahydrofuran pure solvents as well as in the (tetrahydrofuran + acetonitrile) mixture solvents at temperatures from 278.15 K to 328.15 K under 0.1 MPa. For the temperature range investigation, the solubility of nifedipine in the solvents increased with increasing temperature. The solubility of nifedipine in tetrahydrofuran is superior to other selected pure solvents. The modified Apelblat model, the Buchowski-Ksiazaczak λh model, and the ideal model were adopted to describe and predict the change tendency of solubility. Computational results showed that the modified Apelblat model stood out to be more suitable with the higher accuracy. The solubility values were fitted using a modified Apelblat model, a variant of the combined nearly ideal binary solvent/Redich-Kister (CNIBS/R-K) model and Jouyban-Acree model in (tetrahydrofuran + acetonitrile) binary solvent mixture. Computational results showed that the CNIBS/R-K model had more advantages than other models.