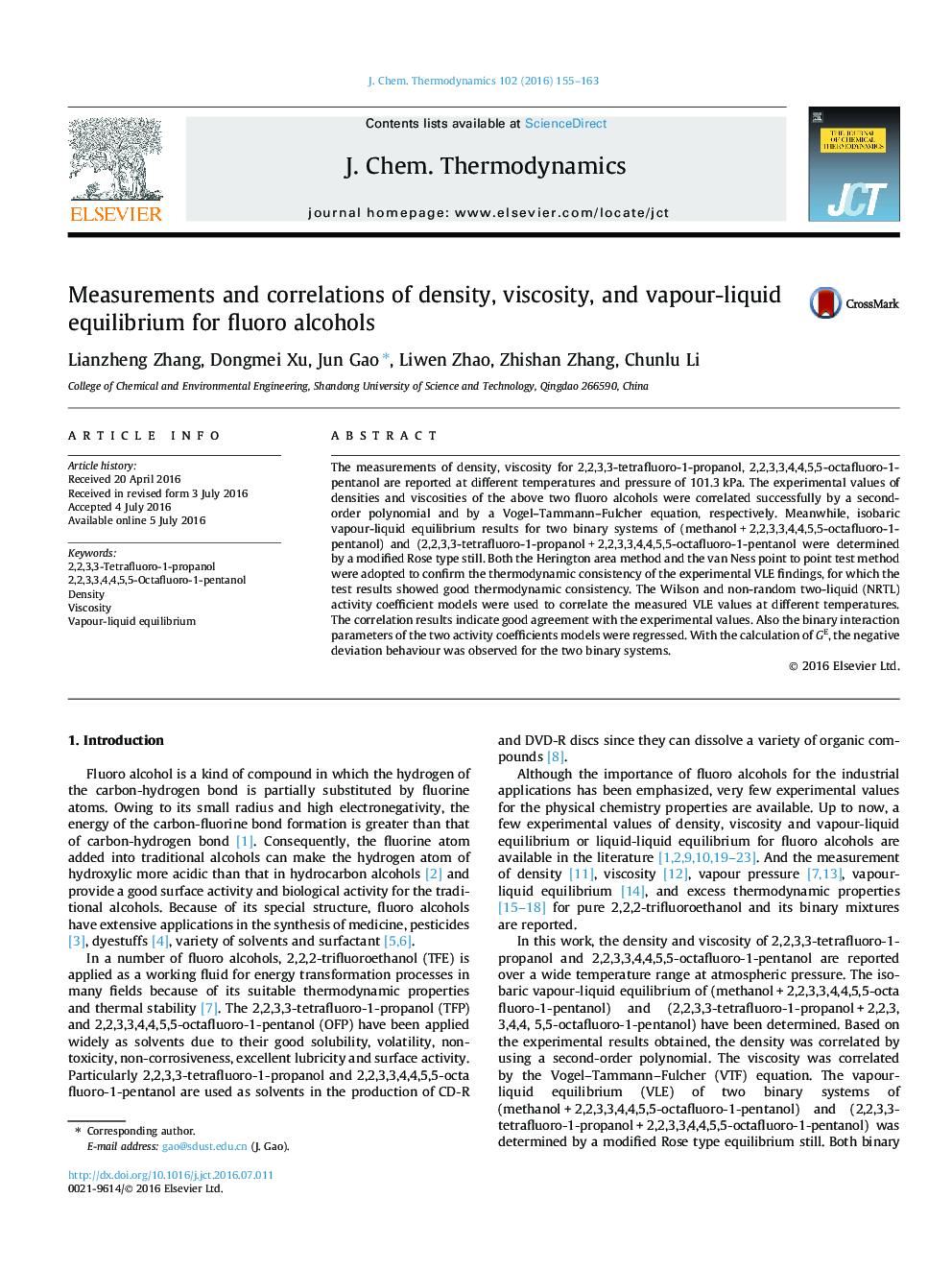 • The measurement of density and viscosity for two fluoro alcohols were carried out.
• The density and viscosity data were correlated and good agreement were obtained.
• Isobaric VLE data of two fluoro alcohol systems were measured at 101.3 kPa.
• The experimental VLE data were well correlated with the Wilson and NRTL model.
• The excess Gibbs free energies GE were estimated in this work.

The measurements of density, viscosity for 2,2,3,3-tetrafluoro-1-propanol, 2,2,3,3,4,4,5,5-octafluoro-1-pentanol are reported at different temperatures and pressure of 101.3 kPa. The experimental values of densities and viscosities of the above two fluoro alcohols were correlated successfully by a second-order polynomial and by a Vogel–Tammann–Fulcher equation, respectively. Meanwhile, isobaric vapour-liquid equilibrium results for two binary systems of (methanol + 2,2,3,3,4,4,5,5-octafluoro-1-pentanol) and (2,2,3,3-tetrafluoro-1-propanol + 2,2,3,3,4,4,5,5-octafluoro-1-pentanol were determined by a modified Rose type still. Both the Herington area method and the van Ness point to point test method were adopted to confirm the thermodynamic consistency of the experimental VLE findings, for which the test results showed good thermodynamic consistency. The Wilson and non-random two-liquid (NRTL) activity coefficient models were used to correlate the measured VLE values at different temperatures. The correlation results indicate good agreement with the experimental values. Also the binary interaction parameters of the two activity coefficients models were regressed. With the calculation of GE, the negative deviation behaviour was observed for the two binary systems.