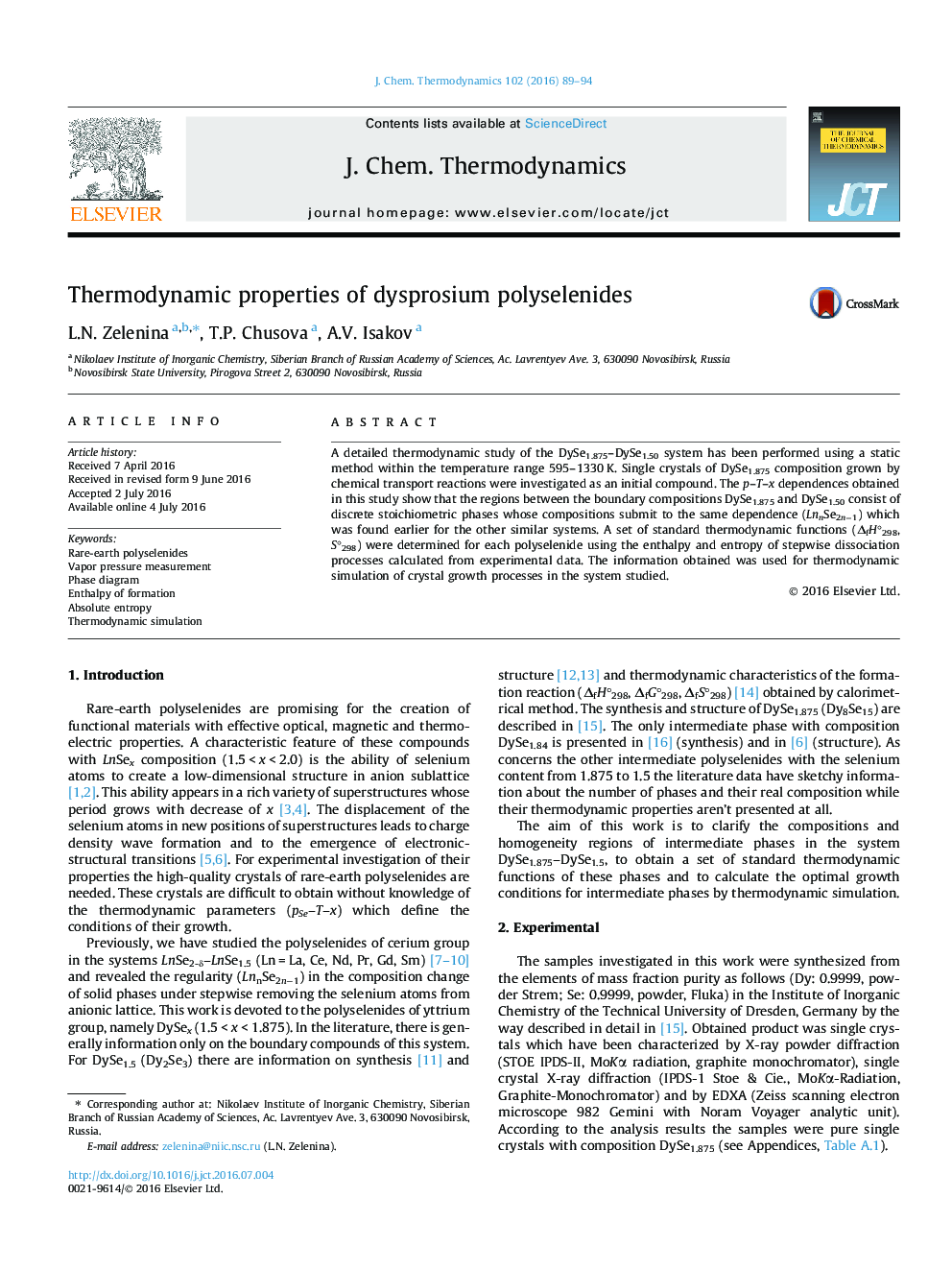 A detailed thermodynamic study of the DySe1.875–DySe1.50 system has been performed using a static method within the temperature range 595–1330 K. Single crystals of DySe1.875 composition grown by chemical transport reactions were investigated as an initial compound. The p–T–x dependences obtained in this study show that the regions between the boundary compositions DySe1.875 and DySe1.50 consist of discrete stoichiometric phases whose compositions submit to the same dependence (LnnSe2n−1) which was found earlier for the other similar systems. A set of standard thermodynamic functions (ΔfH°298, S°298) were determined for each polyselenide using the enthalpy and entropy of stepwise dissociation processes calculated from experimental data. The information obtained was used for thermodynamic simulation of crystal growth processes in the system studied.