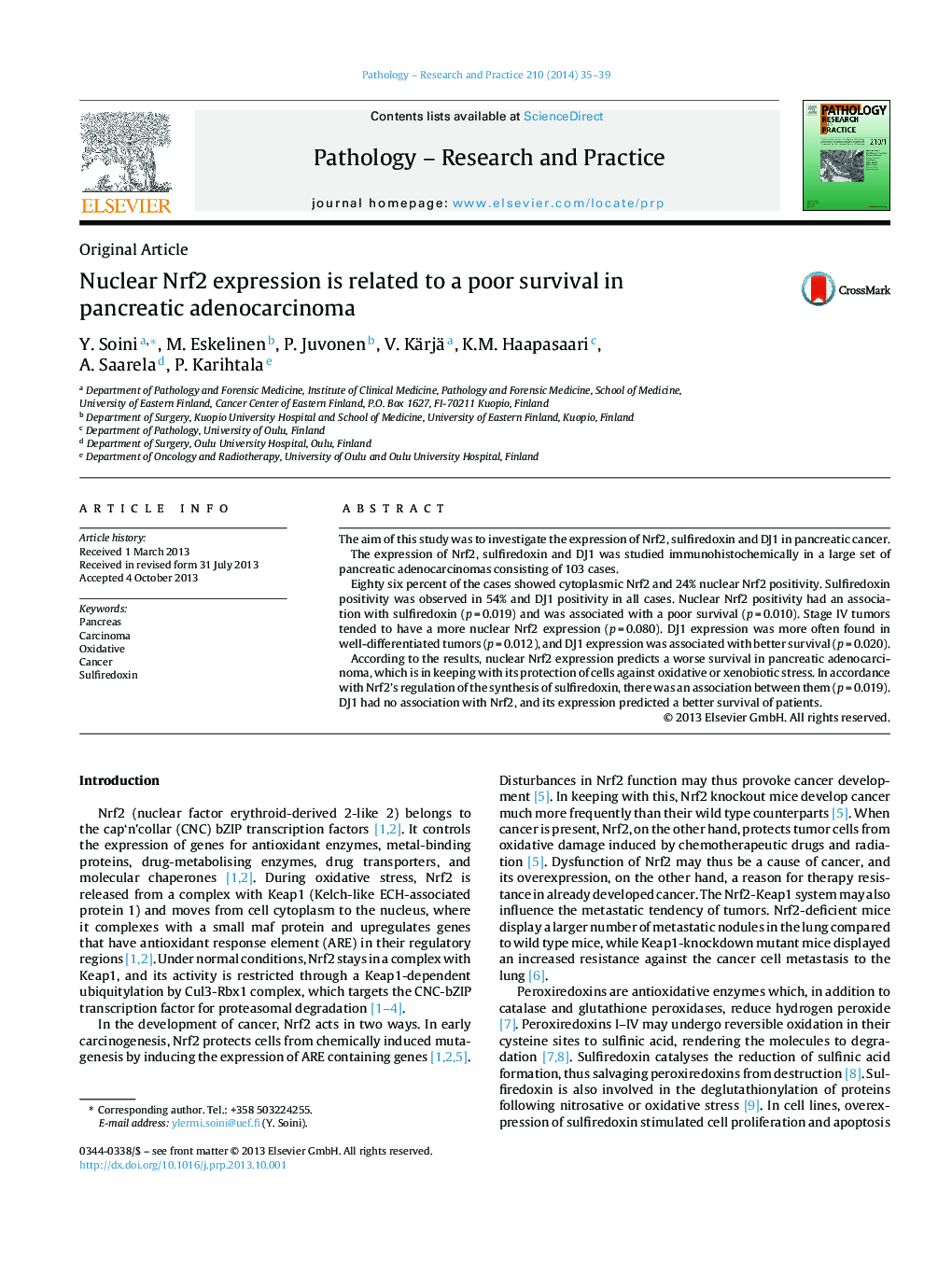 The aim of this study was to investigate the expression of Nrf2, sulfiredoxin and DJ1 in pancreatic cancer.The expression of Nrf2, sulfiredoxin and DJ1 was studied immunohistochemically in a large set of pancreatic adenocarcinomas consisting of 103 cases.Eighty six percent of the cases showed cytoplasmic Nrf2 and 24% nuclear Nrf2 positivity. Sulfiredoxin positivity was observed in 54% and DJ1 positivity in all cases. Nuclear Nrf2 positivity had an association with sulfiredoxin (p = 0.019) and was associated with a poor survival (p = 0.010). Stage IV tumors tended to have a more nuclear Nrf2 expression (p = 0.080). DJ1 expression was more often found in well-differentiated tumors (p = 0.012), and DJ1 expression was associated with better survival (p = 0.020).According to the results, nuclear Nrf2 expression predicts a worse survival in pancreatic adenocarcinoma, which is in keeping with its protection of cells against oxidative or xenobiotic stress. In accordance with Nrf2's regulation of the synthesis of sulfiredoxin, there was an association between them (p = 0.019). DJ1 had no association with Nrf2, and its expression predicted a better survival of patients.