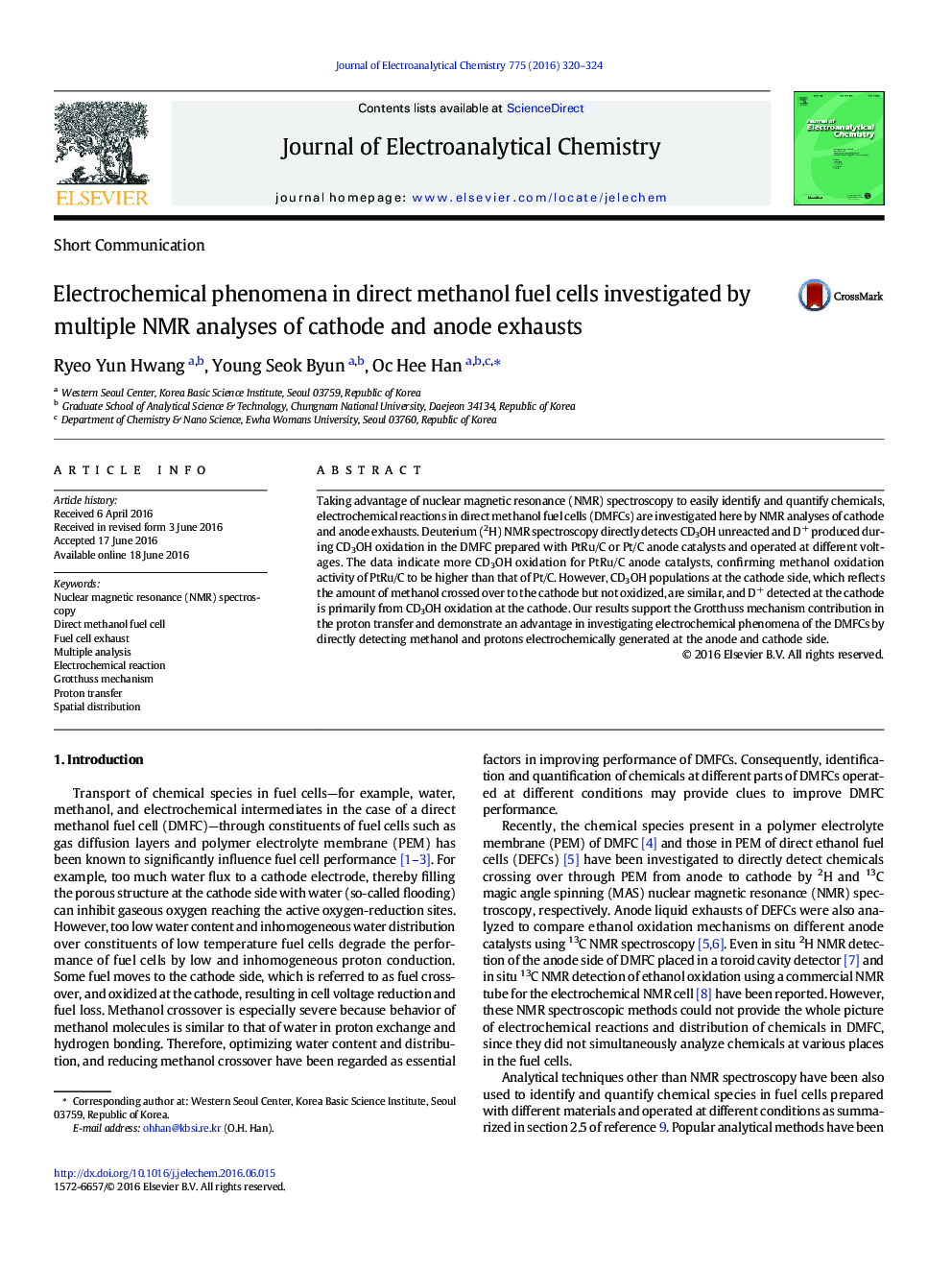 • Chemicals in anode and cathode exhausts of DMFC are identified and quantified.
• 2H NMR spectroscopy detects unreacted CD3OH and D+ produced during CD3OH oxidation.
• The amount of methanol crossed over is similar in the DMFC with different anode catalysts.
• Our results support the Grotthuss mechanism contribution in the proton transfer.
• Increased methanol electro-oxidation with PtRu/C compared to Pt/C catalysts is confirmed.

Taking advantage of nuclear magnetic resonance (NMR) spectroscopy to easily identify and quantify chemicals, electrochemical reactions in direct methanol fuel cells (DMFCs) are investigated here by NMR analyses of cathode and anode exhausts. Deuterium (2H) NMR spectroscopy directly detects CD3OH unreacted and D+ produced during CD3OH oxidation in the DMFC prepared with PtRu/C or Pt/C anode catalysts and operated at different voltages. The data indicate more CD3OH oxidation for PtRu/C anode catalysts, confirming methanol oxidation activity of PtRu/C to be higher than that of Pt/C. However, CD3OH populations at the cathode side, which reflects the amount of methanol crossed over to the cathode but not oxidized, are similar, and D+ detected at the cathode is primarily from CD3OH oxidation at the cathode. Our results support the Grotthuss mechanism contribution in the proton transfer and demonstrate an advantage in investigating electrochemical phenomena of the DMFCs by directly detecting methanol and protons electrochemically generated at the anode and cathode side.