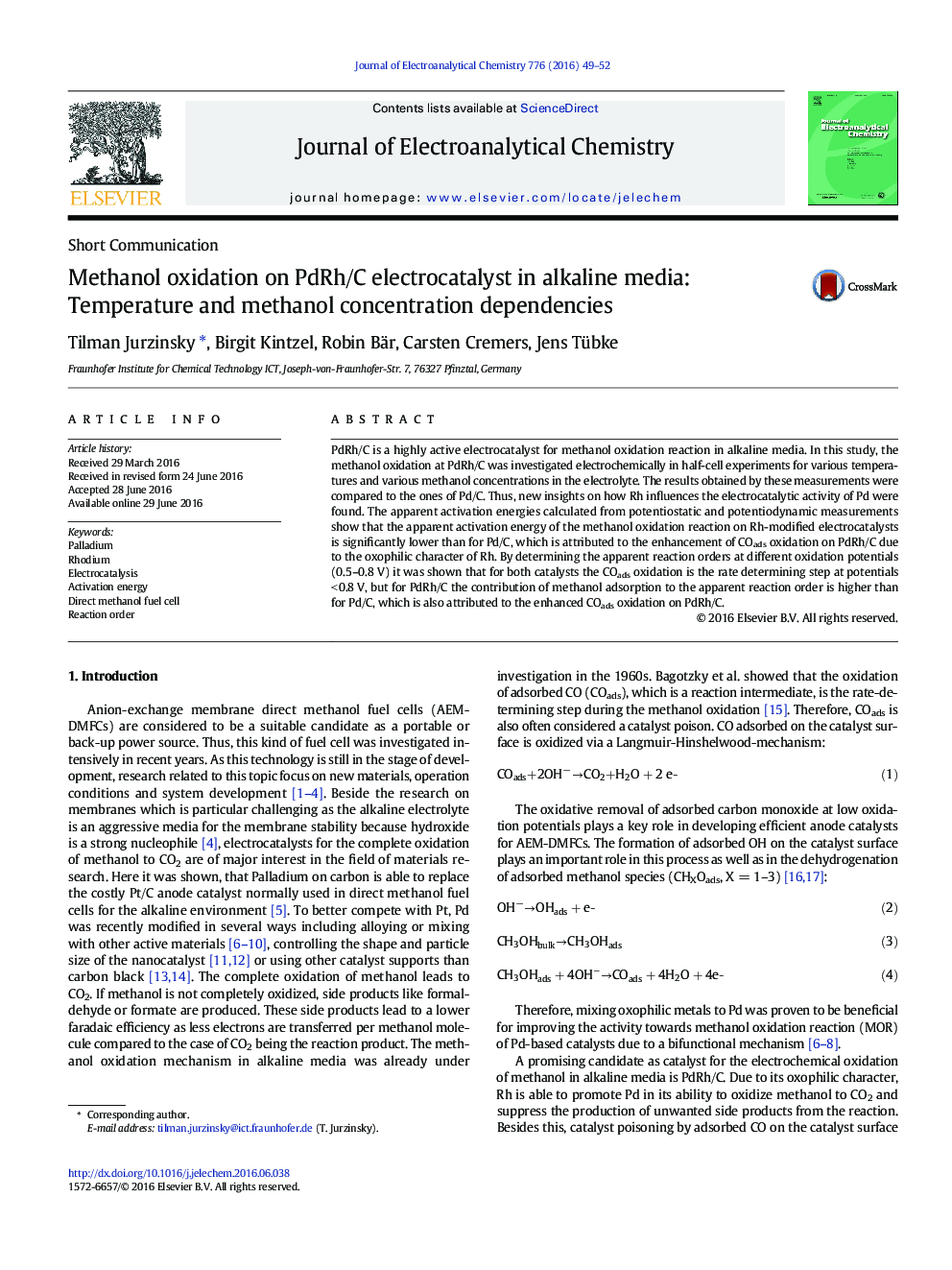 PdRh/C is a highly active electrocatalyst for methanol oxidation reaction in alkaline media. In this study, the methanol oxidation at PdRh/C was investigated electrochemically in half-cell experiments for various temperatures and various methanol concentrations in the electrolyte. The results obtained by these measurements were compared to the ones of Pd/C. Thus, new insights on how Rh influences the electrocatalytic activity of Pd were found. The apparent activation energies calculated from potentiostatic and potentiodynamic measurements show that the apparent activation energy of the methanol oxidation reaction on Rh-modified electrocatalysts is significantly lower than for Pd/C, which is attributed to the enhancement of COads oxidation on PdRh/C due to the oxophilic character of Rh. By determining the apparent reaction orders at different oxidation potentials (0.5–0.8 V) it was shown that for both catalysts the COads oxidation is the rate determining step at potentials < 0.8 V, but for PdRh/C the contribution of methanol adsorption to the apparent reaction order is higher than for Pd/C, which is also attributed to the enhanced COads oxidation on PdRh/C.