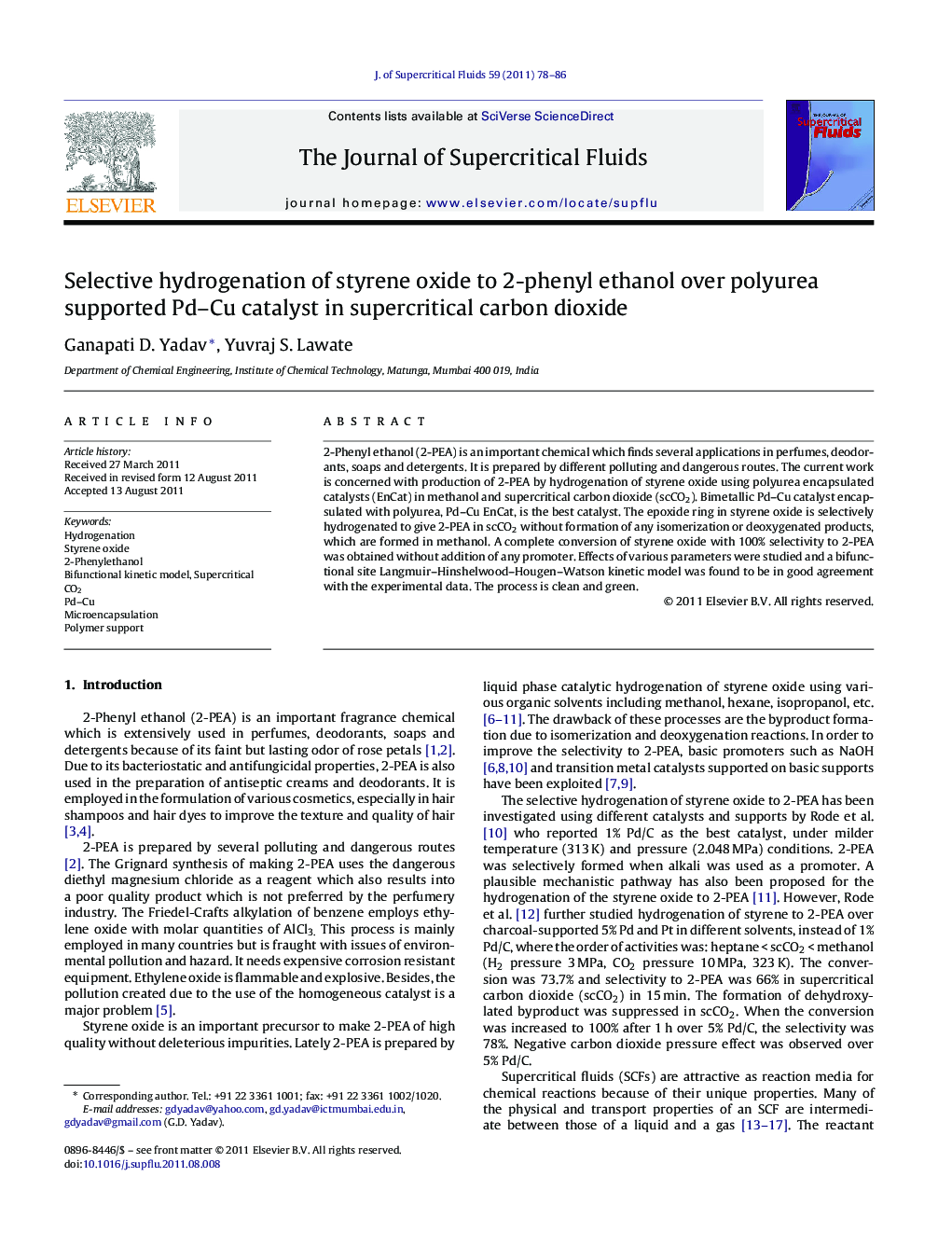 2-Phenyl ethanol (2-PEA) is an important chemical which finds several applications in perfumes, deodorants, soaps and detergents. It is prepared by different polluting and dangerous routes. The current work is concerned with production of 2-PEA by hydrogenation of styrene oxide using polyurea encapsulated catalysts (EnCat) in methanol and supercritical carbon dioxide (scCO2). Bimetallic Pd–Cu catalyst encapsulated with polyurea, Pd–Cu EnCat, is the best catalyst. The epoxide ring in styrene oxide is selectively hydrogenated to give 2-PEA in scCO2 without formation of any isomerization or deoxygenated products, which are formed in methanol. A complete conversion of styrene oxide with 100% selectivity to 2-PEA was obtained without addition of any promoter. Effects of various parameters were studied and a bifunctional site Langmuir–Hinshelwood–Hougen–Watson kinetic model was found to be in good agreement with the experimental data. The process is clean and green.

Figure optionsDownload as PowerPoint slideHighlights
► Hydrogenation of styrene oxide to 2-phenyl ethanol in methanol and scCO2.
► Polyurea based monometallic and bimetallic catalysts.
► Bimetallic Pd–Cu catalyst is the best.
► Use of supercritical carbon dioxide leads to 100% selectivity.
► Kinetic model with bifunctional sites fits the data.