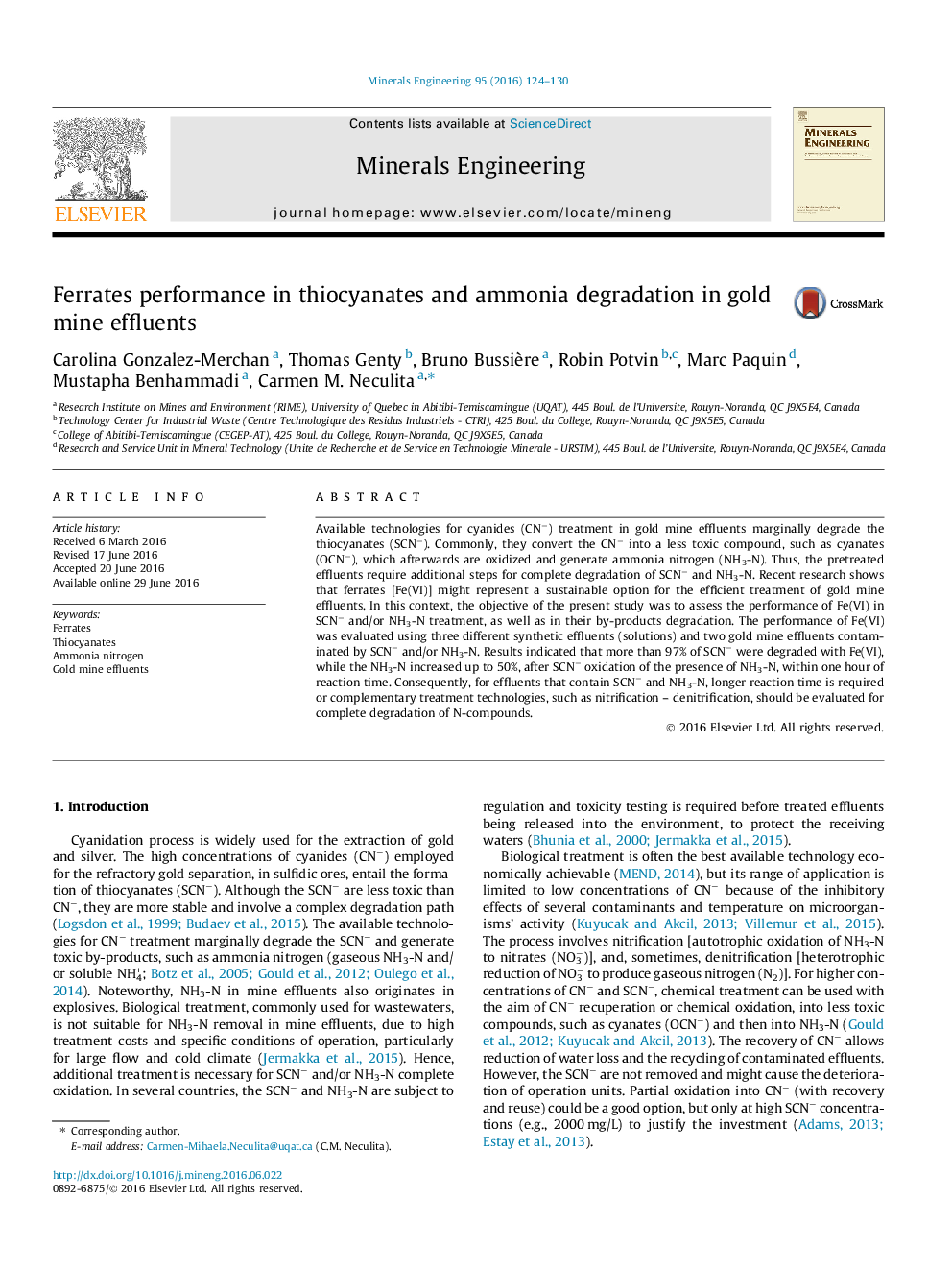 • Performance of wet ferrates [Fe(VI)] was assessed in SCN− and/or NH3-N degradation.
• Fe(VI) efficiency was better for SCN− degradation, in solutions and real effluents.
• Simultaneous removal of SCN− and NH3-N by Fe(VI) requires more than one hour.
• Suggested reaction path would completely destroy the SCN− and then oxidize the NH3-N.

Available technologies for cyanides (CN−) treatment in gold mine effluents marginally degrade the thiocyanates (SCN−). Commonly, they convert the CN− into a less toxic compound, such as cyanates (OCN−), which afterwards are oxidized and generate ammonia nitrogen (NH3-N). Thus, the pretreated effluents require additional steps for complete degradation of SCN− and NH3-N. Recent research shows that ferrates [Fe(VI)] might represent a sustainable option for the efficient treatment of gold mine effluents. In this context, the objective of the present study was to assess the performance of Fe(VI) in SCN− and/or NH3-N treatment, as well as in their by-products degradation. The performance of Fe(VI) was evaluated using three different synthetic effluents (solutions) and two gold mine effluents contaminated by SCN− and/or NH3-N. Results indicated that more than 97% of SCN− were degraded with Fe(VI), while the NH3-N increased up to 50%, after SCN− oxidation of the presence of NH3-N, within one hour of reaction time. Consequently, for effluents that contain SCN− and NH3-N, longer reaction time is required or complementary treatment technologies, such as nitrification – denitrification, should be evaluated for complete degradation of N-compounds.