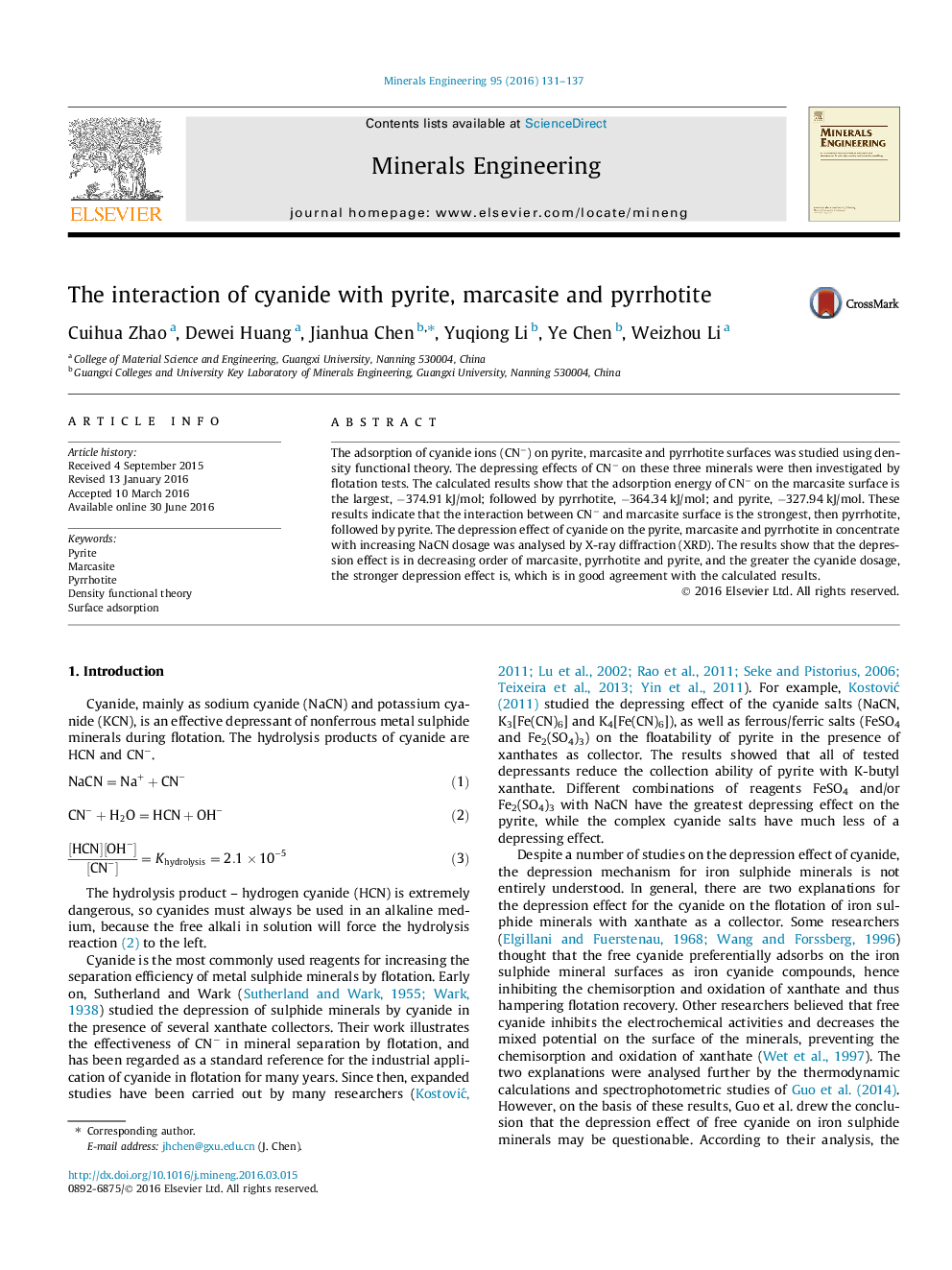 The adsorption of cyanide ions (CN−) on pyrite, marcasite and pyrrhotite surfaces was studied using density functional theory. The depressing effects of CN− on these three minerals were then investigated by flotation tests. The calculated results show that the adsorption energy of CN− on the marcasite surface is the largest, −374.91 kJ/mol; followed by pyrrhotite, −364.34 kJ/mol; and pyrite, −327.94 kJ/mol. These results indicate that the interaction between CN− and marcasite surface is the strongest, then pyrrhotite, followed by pyrite. The depression effect of cyanide on the pyrite, marcasite and pyrrhotite in concentrate with increasing NaCN dosage was analysed by X-ray diffraction (XRD). The results show that the depression effect is in decreasing order of marcasite, pyrrhotite and pyrite, and the greater the cyanide dosage, the stronger depression effect is, which is in good agreement with the calculated results.