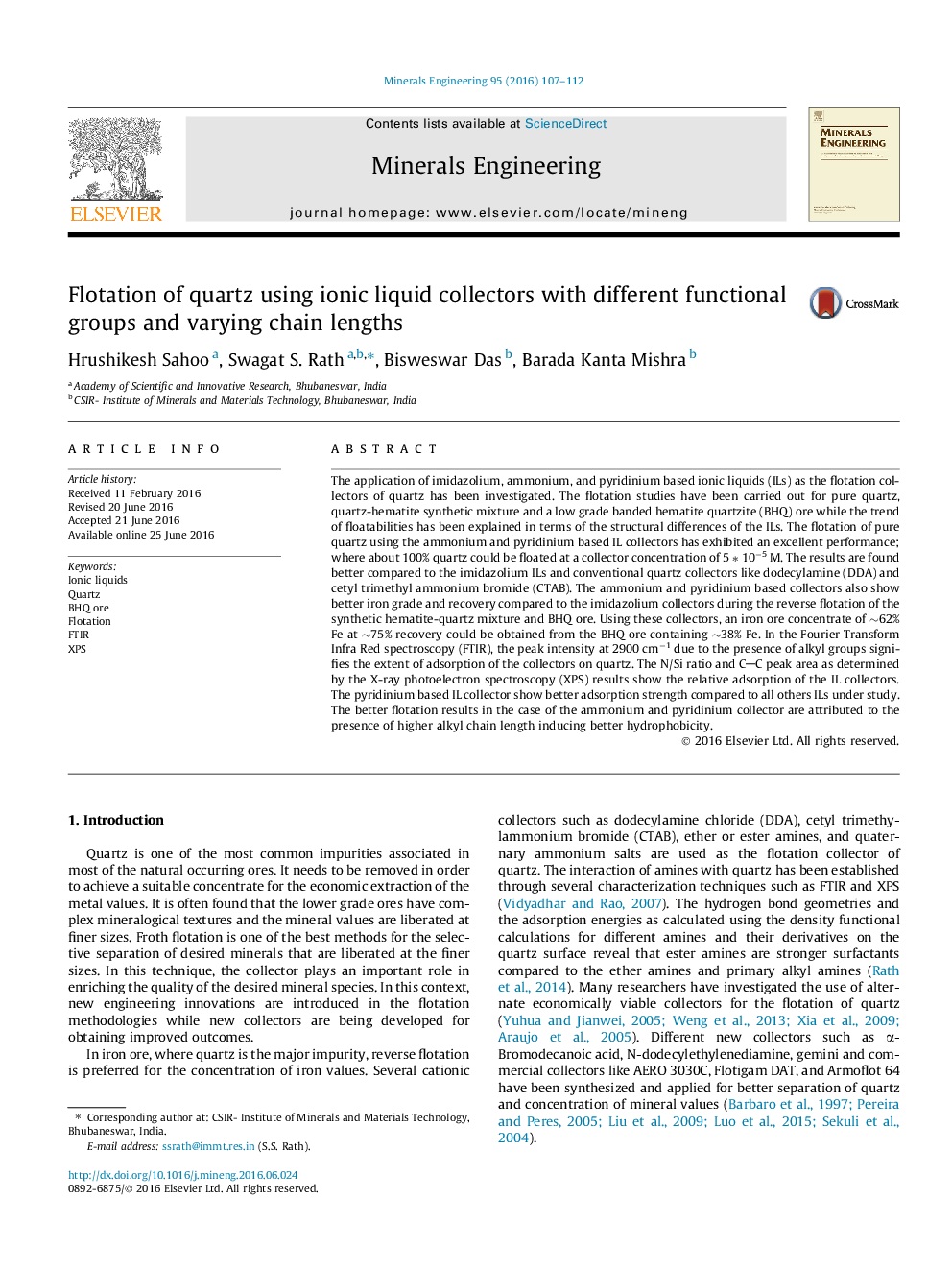 The application of imidazolium, ammonium, and pyridinium based ionic liquids (ILs) as the flotation collectors of quartz has been investigated. The flotation studies have been carried out for pure quartz, quartz-hematite synthetic mixture and a low grade banded hematite quartzite (BHQ) ore while the trend of floatabilities has been explained in terms of the structural differences of the ILs. The flotation of pure quartz using the ammonium and pyridinium based IL collectors has exhibited an excellent performance; where about 100% quartz could be floated at a collector concentration of 5 ∗ 10−5 M. The results are found better compared to the imidazolium ILs and conventional quartz collectors like dodecylamine (DDA) and cetyl trimethyl ammonium bromide (CTAB). The ammonium and pyridinium based collectors also show better iron grade and recovery compared to the imidazolium collectors during the reverse flotation of the synthetic hematite-quartz mixture and BHQ ore. Using these collectors, an iron ore concentrate of ∼62% Fe at ∼75% recovery could be obtained from the BHQ ore containing ∼38% Fe. In the Fourier Transform Infra Red spectroscopy (FTIR), the peak intensity at 2900 cm−1 due to the presence of alkyl groups signifies the extent of adsorption of the collectors on quartz. The N/Si ratio and CC peak area as determined by the X-ray photoelectron spectroscopy (XPS) results show the relative adsorption of the IL collectors. The pyridinium based IL collector show better adsorption strength compared to all others ILs under study. The better flotation results in the case of the ammonium and pyridinium collector are attributed to the presence of higher alkyl chain length inducing better hydrophobicity.