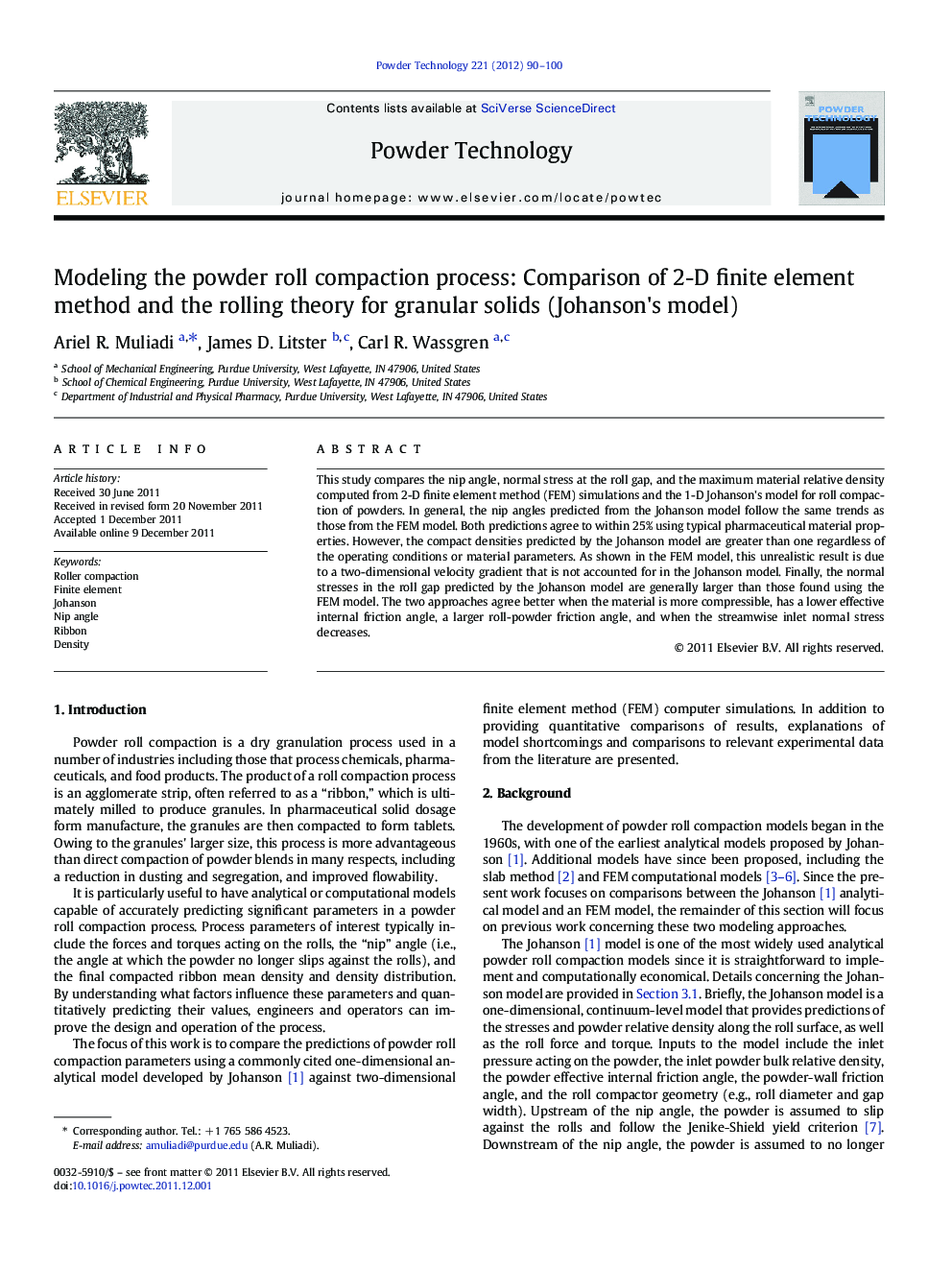 This study compares the nip angle, normal stress at the roll gap, and the maximum material relative density computed from 2-D finite element method (FEM) simulations and the 1-D Johanson's model for roll compaction of powders. In general, the nip angles predicted from the Johanson model follow the same trends as those from the FEM model. Both predictions agree to within 25% using typical pharmaceutical material properties. However, the compact densities predicted by the Johanson model are greater than one regardless of the operating conditions or material parameters. As shown in the FEM model, this unrealistic result is due to a two-dimensional velocity gradient that is not accounted for in the Johanson model. Finally, the normal stresses in the roll gap predicted by the Johanson model are generally larger than those found using the FEM model. The two approaches agree better when the material is more compressible, has a lower effective internal friction angle, a larger roll-powder friction angle, and when the streamwise inlet normal stress decreases.

Figure optionsDownload as PowerPoint slideHighlights
► We compare the Johanson roll compaction model to a 2-D finite element model.
► The Johanson model-predicted relative densities are greater than one.
► The Johanson model overestimates roll normal stress magnitudes.
► Discrepancies are from 1-D, continuity-based derivations in Johanson's analysis.
► Nip angle results from the two approaches agree to within 25%.