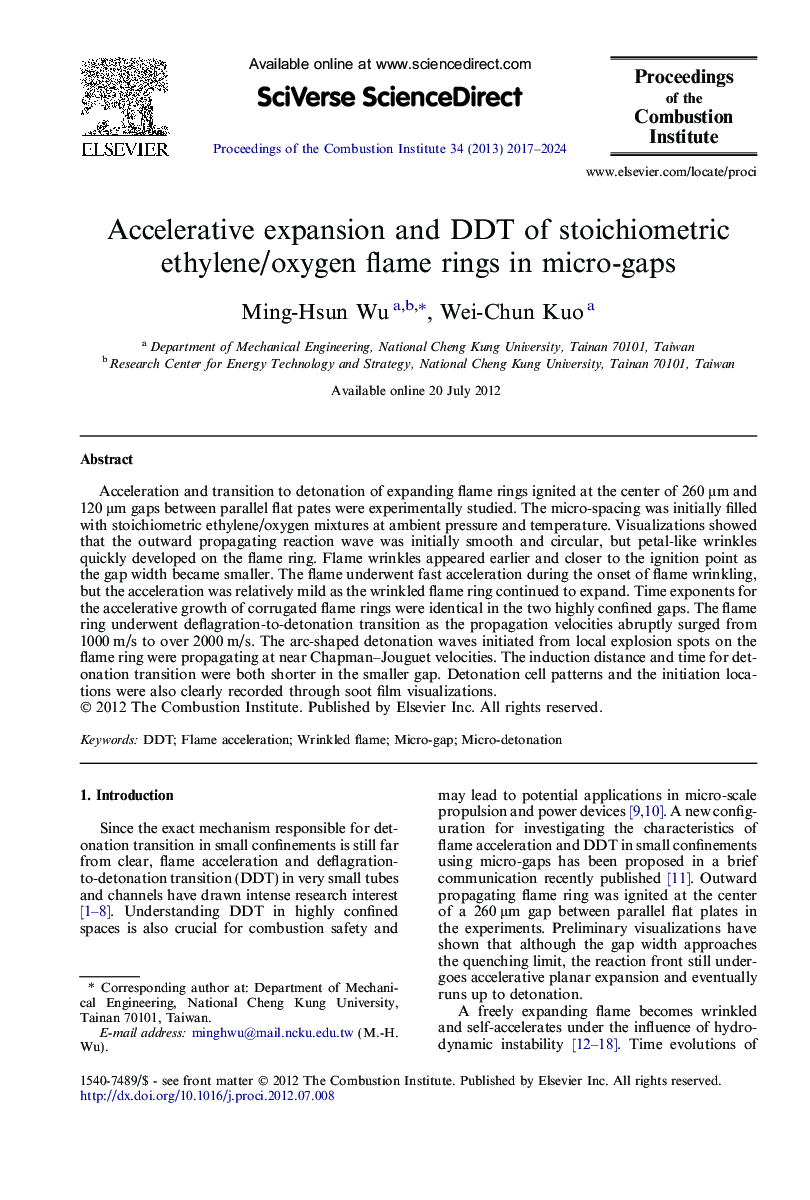 Acceleration and transition to detonation of expanding flame rings ignited at the center of 260 μm and 120 μm gaps between parallel flat pates were experimentally studied. The micro-spacing was initially filled with stoichiometric ethylene/oxygen mixtures at ambient pressure and temperature. Visualizations showed that the outward propagating reaction wave was initially smooth and circular, but petal-like wrinkles quickly developed on the flame ring. Flame wrinkles appeared earlier and closer to the ignition point as the gap width became smaller. The flame underwent fast acceleration during the onset of flame wrinkling, but the acceleration was relatively mild as the wrinkled flame ring continued to expand. Time exponents for the accelerative growth of corrugated flame rings were identical in the two highly confined gaps. The flame ring underwent deflagration-to-detonation transition as the propagation velocities abruptly surged from 1000 m/s to over 2000 m/s. The arc-shaped detonation waves initiated from local explosion spots on the flame ring were propagating at near Chapman–Jouguet velocities. The induction distance and time for detonation transition were both shorter in the smaller gap. Detonation cell patterns and the initiation locations were also clearly recorded through soot film visualizations.