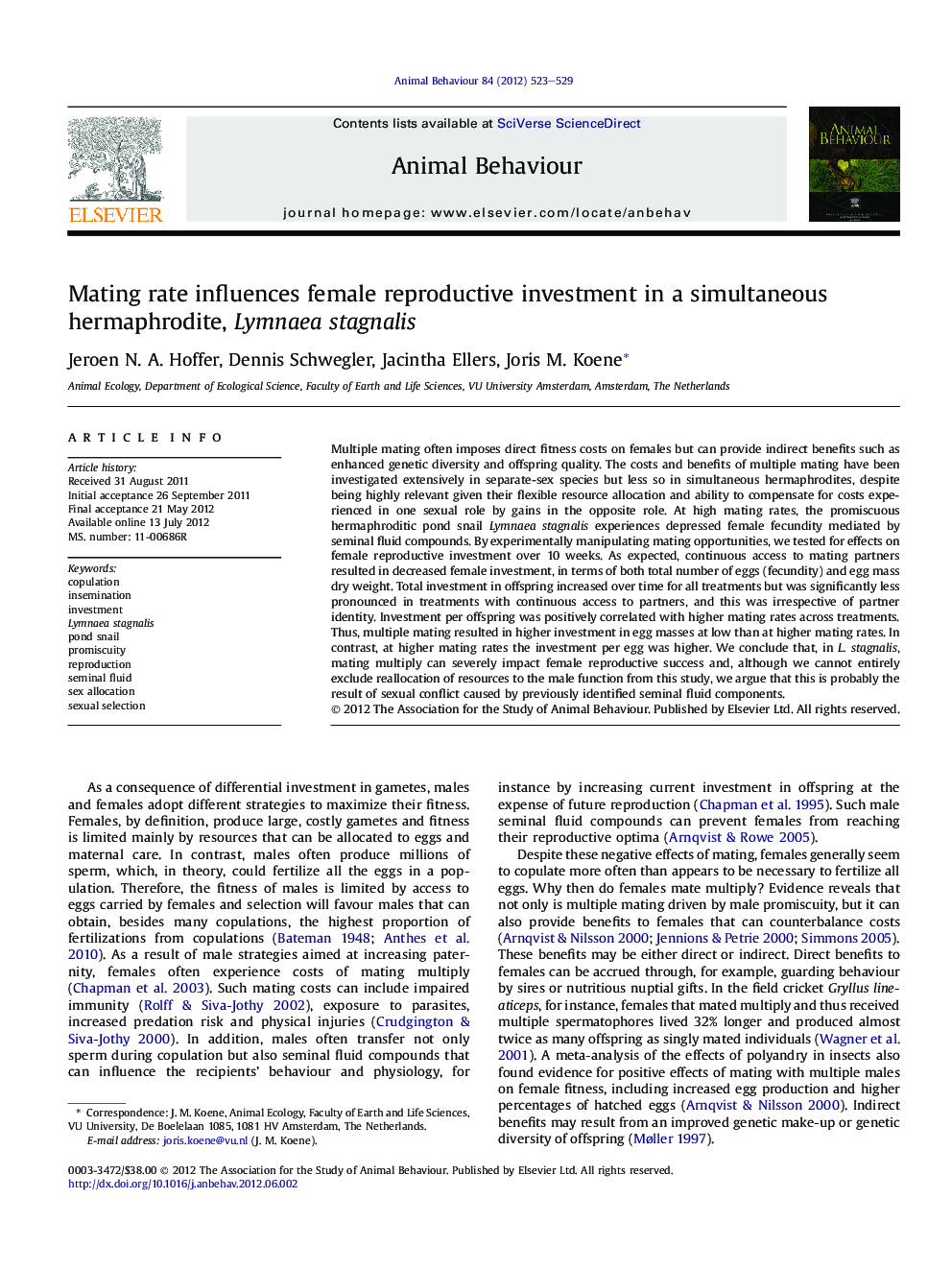 Multiple mating often imposes direct fitness costs on females but can provide indirect benefits such as enhanced genetic diversity and offspring quality. The costs and benefits of multiple mating have been investigated extensively in separate-sex species but less so in simultaneous hermaphrodites, despite being highly relevant given their flexible resource allocation and ability to compensate for costs experienced in one sexual role by gains in the opposite role. At high mating rates, the promiscuous hermaphroditic pond snail Lymnaea stagnalis experiences depressed female fecundity mediated by seminal fluid compounds. By experimentally manipulating mating opportunities, we tested for effects on female reproductive investment over 10 weeks. As expected, continuous access to mating partners resulted in decreased female investment, in terms of both total number of eggs (fecundity) and egg mass dry weight. Total investment in offspring increased over time for all treatments but was significantly less pronounced in treatments with continuous access to partners, and this was irrespective of partner identity. Investment per offspring was positively correlated with higher mating rates across treatments. Thus, multiple mating resulted in higher investment in egg masses at low than at higher mating rates. In contrast, at higher mating rates the investment per egg was higher. We conclude that, in L. stagnalis, mating multiply can severely impact female reproductive success and, although we cannot entirely exclude reallocation of resources to the male function from this study, we argue that this is probably the result of sexual conflict caused by previously identified seminal fluid components.