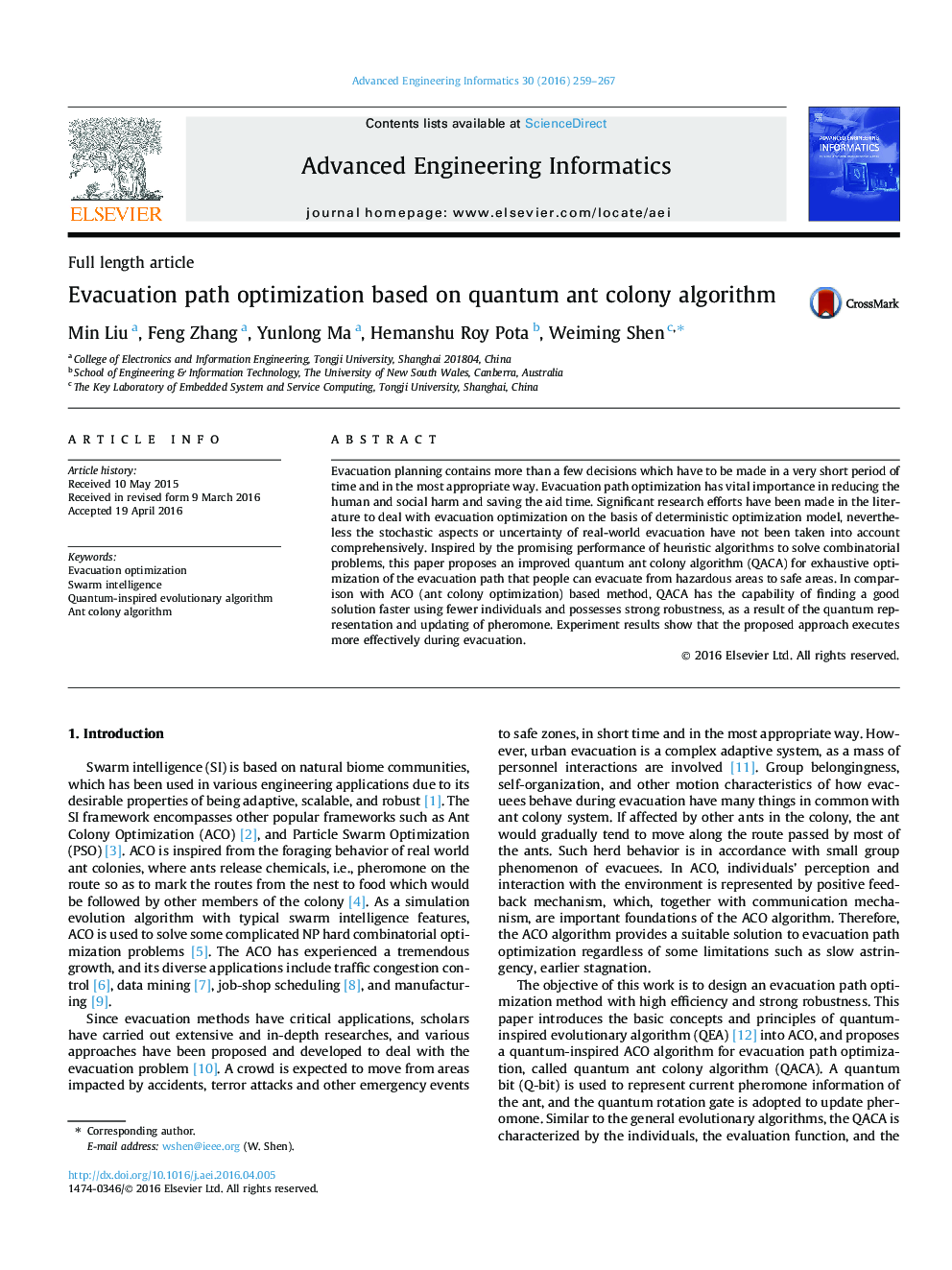 Evacuation planning contains more than a few decisions which have to be made in a very short period of time and in the most appropriate way. Evacuation path optimization has vital importance in reducing the human and social harm and saving the aid time. Significant research efforts have been made in the literature to deal with evacuation optimization on the basis of deterministic optimization model, nevertheless the stochastic aspects or uncertainty of real-world evacuation have not been taken into account comprehensively. Inspired by the promising performance of heuristic algorithms to solve combinatorial problems, this paper proposes an improved quantum ant colony algorithm (QACA) for exhaustive optimization of the evacuation path that people can evacuate from hazardous areas to safe areas. In comparison with ACO (ant colony optimization) based method, QACA has the capability of finding a good solution faster using fewer individuals and possesses strong robustness, as a result of the quantum representation and updating of pheromone. Experiment results show that the proposed approach executes more effectively during evacuation.