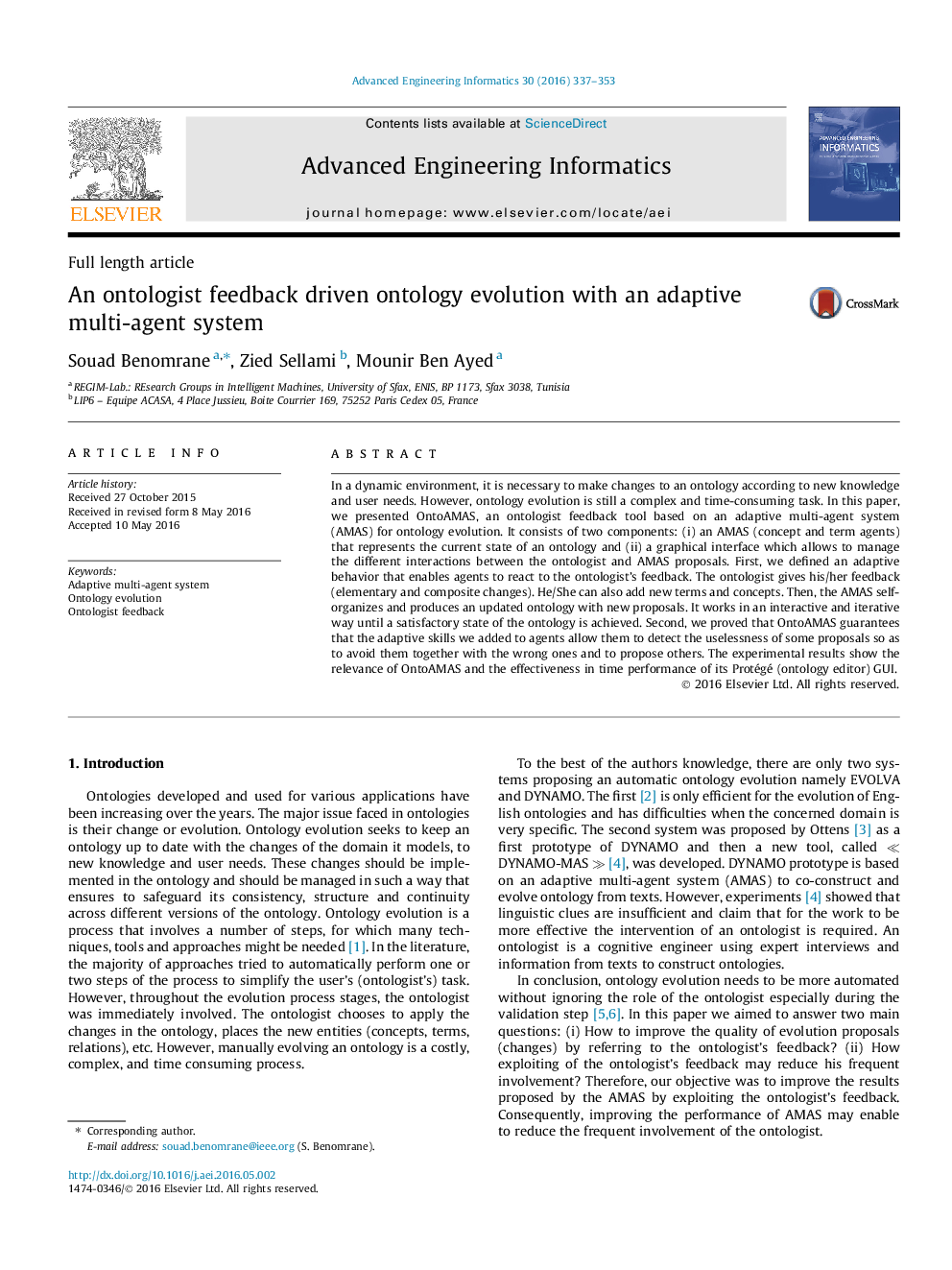 In a dynamic environment, it is necessary to make changes to an ontology according to new knowledge and user needs. However, ontology evolution is still a complex and time-consuming task. In this paper, we presented OntoAMAS, an ontologist feedback tool based on an adaptive multi-agent system (AMAS) for ontology evolution. It consists of two components: (i) an AMAS (concept and term agents) that represents the current state of an ontology and (ii) a graphical interface which allows to manage the different interactions between the ontologist and AMAS proposals. First, we defined an adaptive behavior that enables agents to react to the ontologist’s feedback. The ontologist gives his/her feedback (elementary and composite changes). He/She can also add new terms and concepts. Then, the AMAS self-organizes and produces an updated ontology with new proposals. It works in an interactive and iterative way until a satisfactory state of the ontology is achieved. Second, we proved that OntoAMAS guarantees that the adaptive skills we added to agents allow them to detect the uselessness of some proposals so as to avoid them together with the wrong ones and to propose others. The experimental results show the relevance of OntoAMAS and the effectiveness in time performance of its Protégé (ontology editor) GUI.