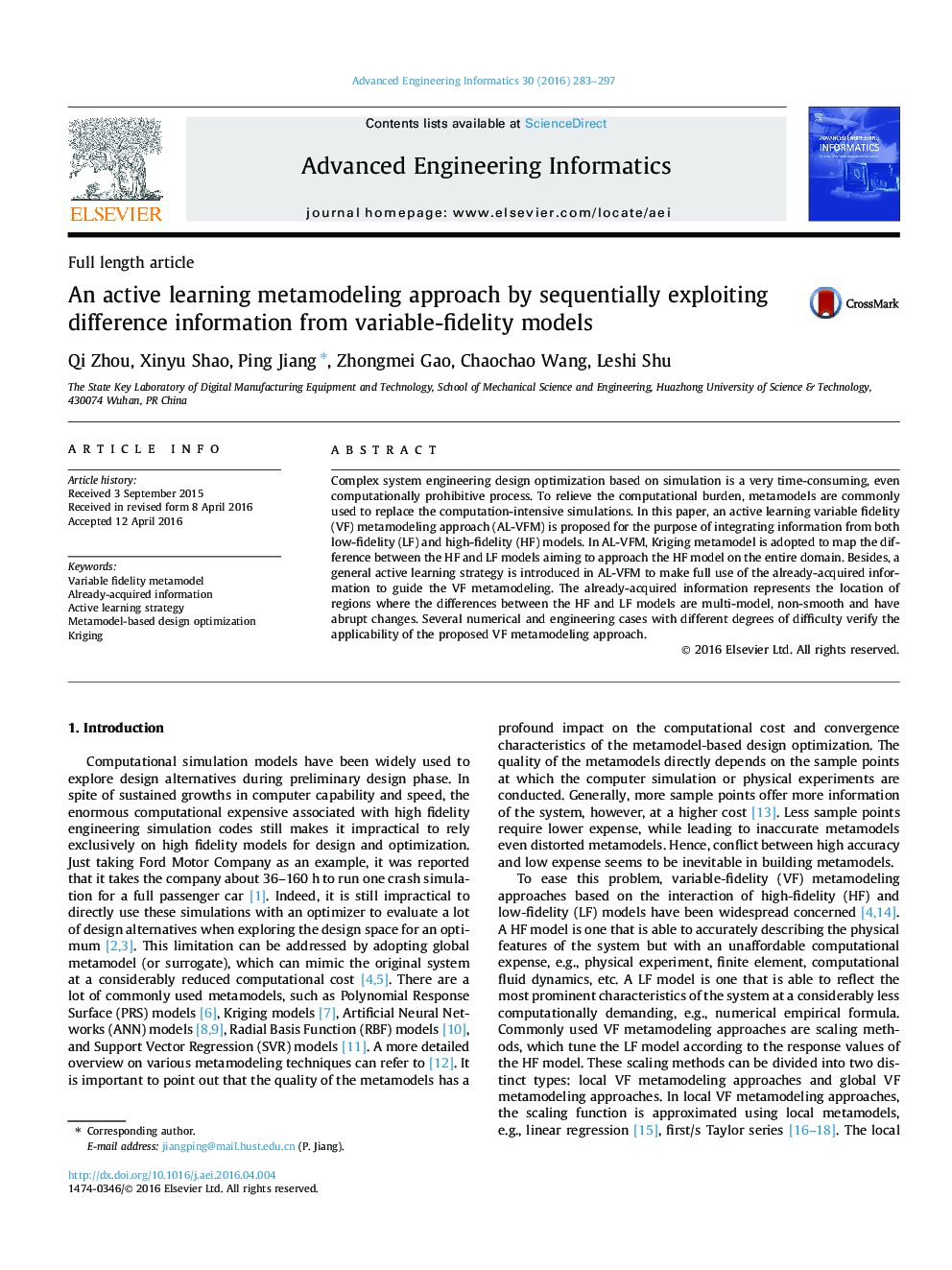 • We propose an active learning variable-fidelity metamodeling approach (AL-VFM).
• Information from high-fidelity and low-fidelity models is integrated in AL-VFM.
• An active learning strategy is introduced to use the already-acquired information.
• Numerical and engineering cases verify the applicability of the proposed approach.

Complex system engineering design optimization based on simulation is a very time-consuming, even computationally prohibitive process. To relieve the computational burden, metamodels are commonly used to replace the computation-intensive simulations. In this paper, an active learning variable fidelity (VF) metamodeling approach (AL-VFM) is proposed for the purpose of integrating information from both low-fidelity (LF) and high-fidelity (HF) models. In AL-VFM, Kriging metamodel is adopted to map the difference between the HF and LF models aiming to approach the HF model on the entire domain. Besides, a general active learning strategy is introduced in AL-VFM to make full use of the already-acquired information to guide the VF metamodeling. The already-acquired information represents the location of regions where the differences between the HF and LF models are multi-model, non-smooth and have abrupt changes. Several numerical and engineering cases with different degrees of difficulty verify the applicability of the proposed VF metamodeling approach.