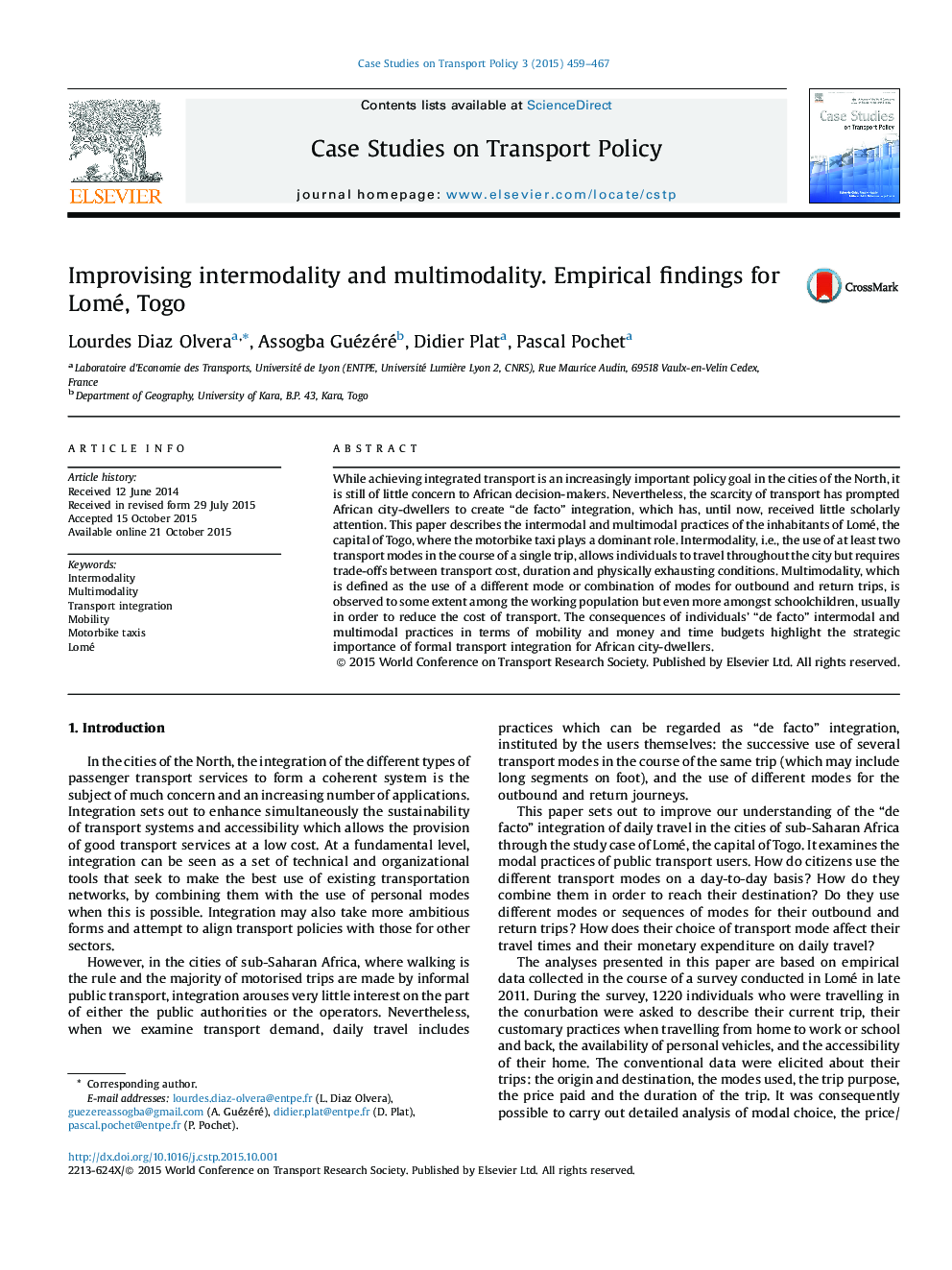 • We examine passengers’ intermodal and multimodal practices in Lomé (West Africa).
• We analyse data from an intercept survey among 1220 public transport users.
• Intermodality is used for long complex trips but is costly for passengers.
• Multimodality allows commuters to adapt to personal money and time constraints.
• Pro-poor transport policies should include modal and functional transport integration.

While achieving integrated transport is an increasingly important policy goal in the cities of the North, it is still of little concern to African decision-makers. Nevertheless, the scarcity of transport has prompted African city-dwellers to create “de facto” integration, which has, until now, received little scholarly attention. This paper describes the intermodal and multimodal practices of the inhabitants of Lomé, the capital of Togo, where the motorbike taxi plays a dominant role. Intermodality, i.e., the use of at least two transport modes in the course of a single trip, allows individuals to travel throughout the city but requires trade-offs between transport cost, duration and physically exhausting conditions. Multimodality, which is defined as the use of a different mode or combination of modes for outbound and return trips, is observed to some extent among the working population but even more amongst schoolchildren, usually in order to reduce the cost of transport. The consequences of individuals’ “de facto” intermodal and multimodal practices in terms of mobility and money and time budgets highlight the strategic importance of formal transport integration for African city-dwellers.