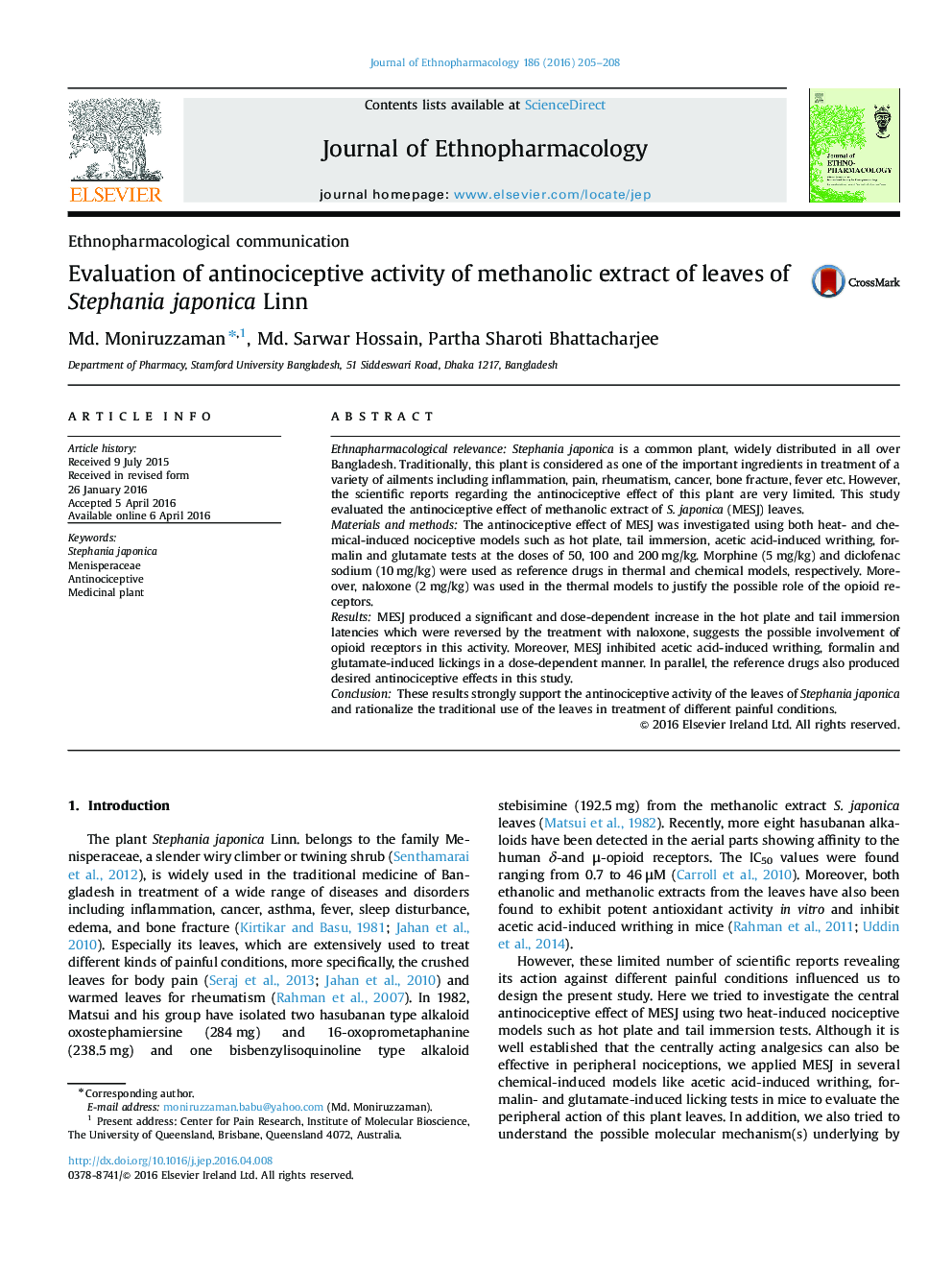 Ethnapharmacological relevanceStephania japonica is a common plant, widely distributed in all over Bangladesh. Traditionally, this plant is considered as one of the important ingredients in treatment of a variety of ailments including inflammation, pain, rheumatism, cancer, bone fracture, fever etc. However, the scientific reports regarding the antinociceptive effect of this plant are very limited. This study evaluated the antinociceptive effect of methanolic extract of S. japonica (MESJ) leaves.Materials and methodsThe antinociceptive effect of MESJ was investigated using both heat- and chemical-induced nociceptive models such as hot plate, tail immersion, acetic acid-induced writhing, formalin and glutamate tests at the doses of 50, 100 and 200 mg/kg. Morphine (5 mg/kg) and diclofenac sodium (10 mg/kg) were used as reference drugs in thermal and chemical models, respectively. Moreover, naloxone (2 mg/kg) was used in the thermal models to justify the possible role of the opioid receptors.ResultsMESJ produced a significant and dose-dependent increase in the hot plate and tail immersion latencies which were reversed by the treatment with naloxone, suggests the possible involvement of opioid receptors in this activity. Moreover, MESJ inhibited acetic acid-induced writhing, formalin and glutamate-induced lickings in a dose-dependent manner. In parallel, the reference drugs also produced desired antinociceptive effects in this study.ConclusionThese results strongly support the antinociceptive activity of the leaves of Stephania japonica and rationalize the traditional use of the leaves in treatment of different painful conditions.