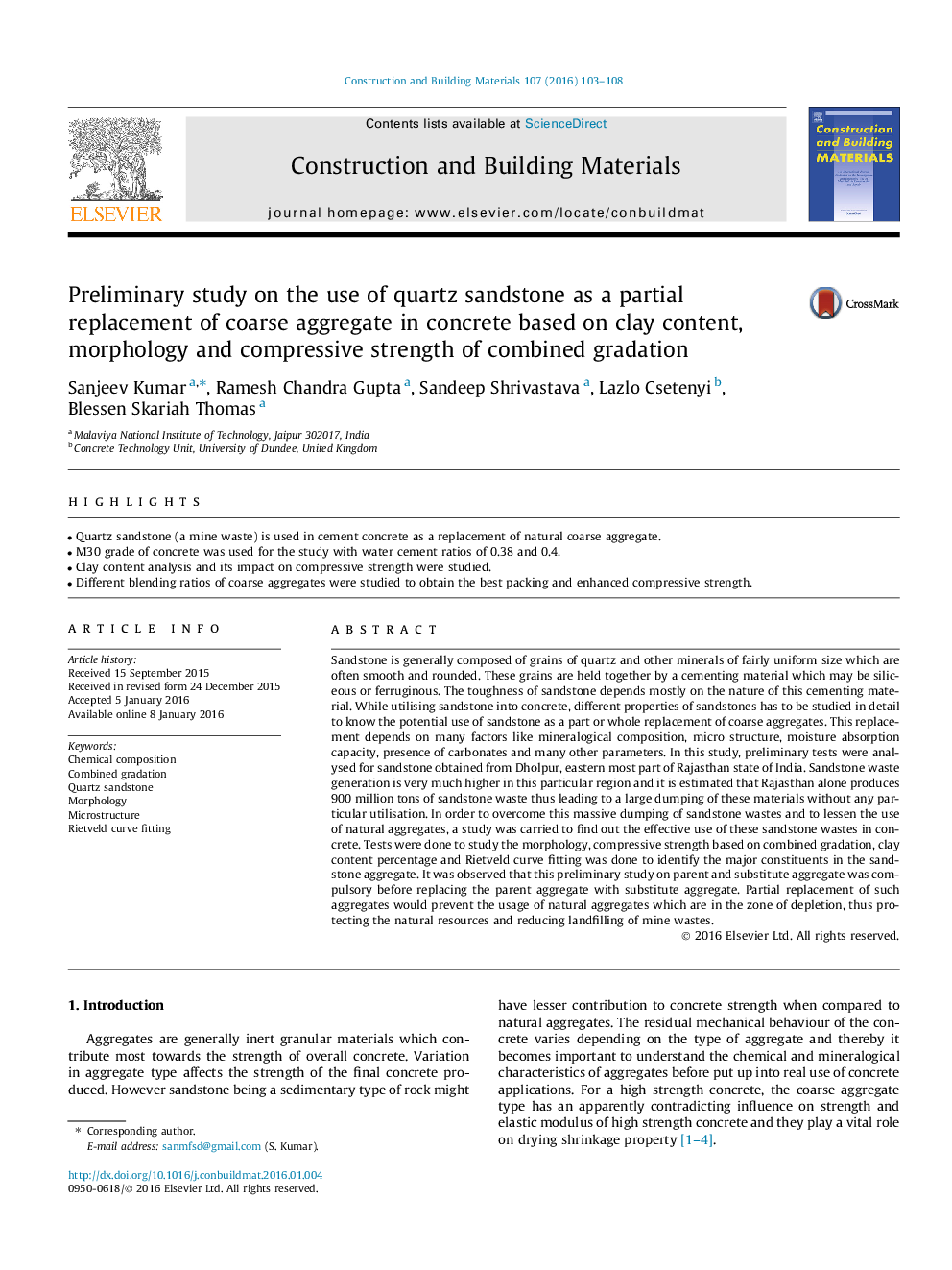 • Quartz sandstone (a mine waste) is used in cement concrete as a replacement of natural coarse aggregate.
• M30 grade of concrete was used for the study with water cement ratios of 0.38 and 0.4.
• Clay content analysis and its impact on compressive strength were studied.
• Different blending ratios of coarse aggregates were studied to obtain the best packing and enhanced compressive strength.

Sandstone is generally composed of grains of quartz and other minerals of fairly uniform size which are often smooth and rounded. These grains are held together by a cementing material which may be siliceous or ferruginous. The toughness of sandstone depends mostly on the nature of this cementing material. While utilising sandstone into concrete, different properties of sandstones has to be studied in detail to know the potential use of sandstone as a part or whole replacement of coarse aggregates. This replacement depends on many factors like mineralogical composition, micro structure, moisture absorption capacity, presence of carbonates and many other parameters. In this study, preliminary tests were analysed for sandstone obtained from Dholpur, eastern most part of Rajasthan state of India. Sandstone waste generation is very much higher in this particular region and it is estimated that Rajasthan alone produces 900 million tons of sandstone waste thus leading to a large dumping of these materials without any particular utilisation. In order to overcome this massive dumping of sandstone wastes and to lessen the use of natural aggregates, a study was carried to find out the effective use of these sandstone wastes in concrete. Tests were done to study the morphology, compressive strength based on combined gradation, clay content percentage and Rietveld curve fitting was done to identify the major constituents in the sandstone aggregate. It was observed that this preliminary study on parent and substitute aggregate was compulsory before replacing the parent aggregate with substitute aggregate. Partial replacement of such aggregates would prevent the usage of natural aggregates which are in the zone of depletion, thus protecting the natural resources and reducing landfilling of mine wastes.