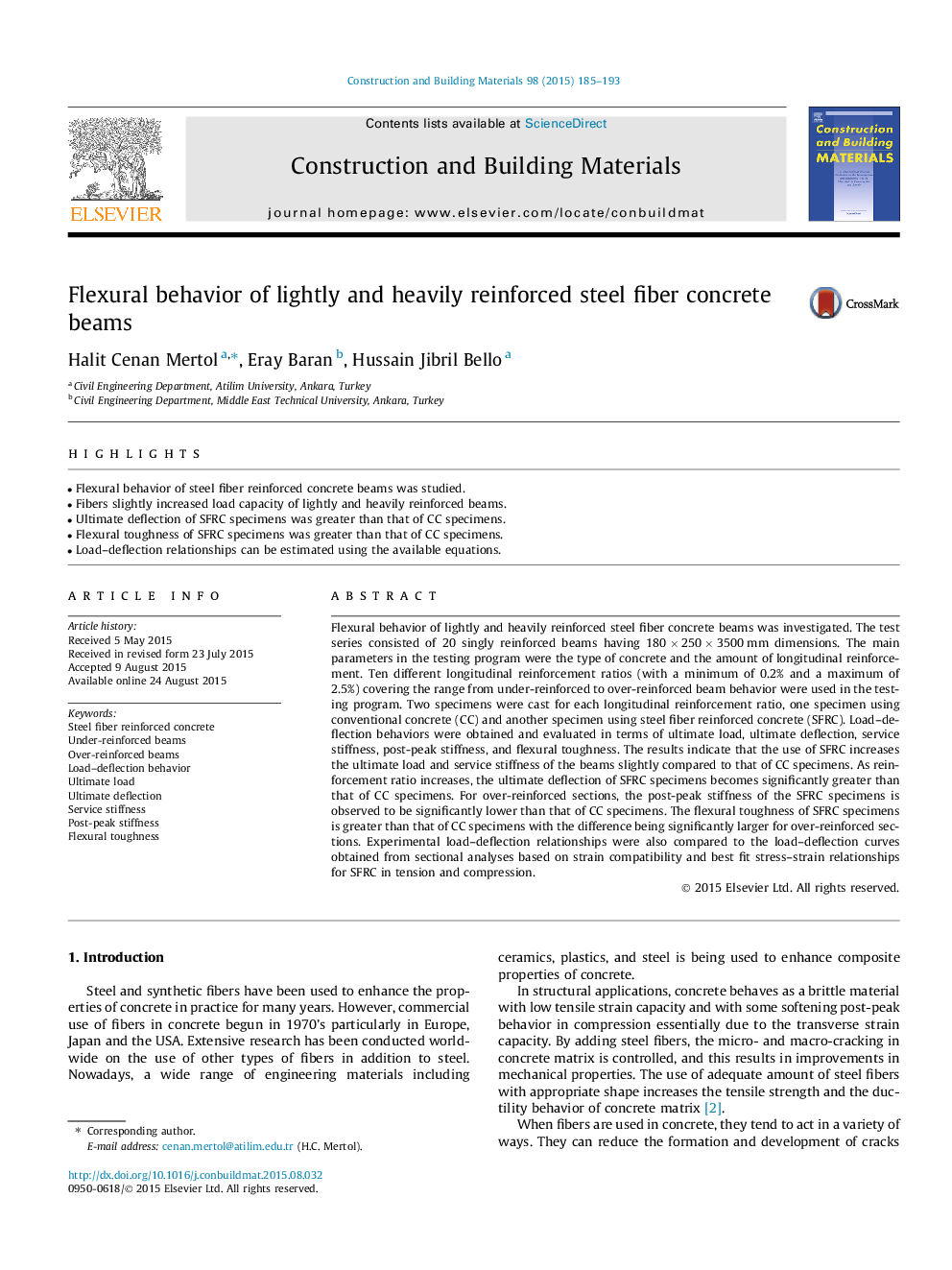 Flexural behavior of lightly and heavily reinforced steel fiber concrete beams was investigated. The test series consisted of 20 singly reinforced beams having 180 × 250 × 3500 mm dimensions. The main parameters in the testing program were the type of concrete and the amount of longitudinal reinforcement. Ten different longitudinal reinforcement ratios (with a minimum of 0.2% and a maximum of 2.5%) covering the range from under-reinforced to over-reinforced beam behavior were used in the testing program. Two specimens were cast for each longitudinal reinforcement ratio, one specimen using conventional concrete (CC) and another specimen using steel fiber reinforced concrete (SFRC). Load–deflection behaviors were obtained and evaluated in terms of ultimate load, ultimate deflection, service stiffness, post-peak stiffness, and flexural toughness. The results indicate that the use of SFRC increases the ultimate load and service stiffness of the beams slightly compared to that of CC specimens. As reinforcement ratio increases, the ultimate deflection of SFRC specimens becomes significantly greater than that of CC specimens. For over-reinforced sections, the post-peak stiffness of the SFRC specimens is observed to be significantly lower than that of CC specimens. The flexural toughness of SFRC specimens is greater than that of CC specimens with the difference being significantly larger for over-reinforced sections. Experimental load–deflection relationships were also compared to the load–deflection curves obtained from sectional analyses based on strain compatibility and best fit stress–strain relationships for SFRC in tension and compression.