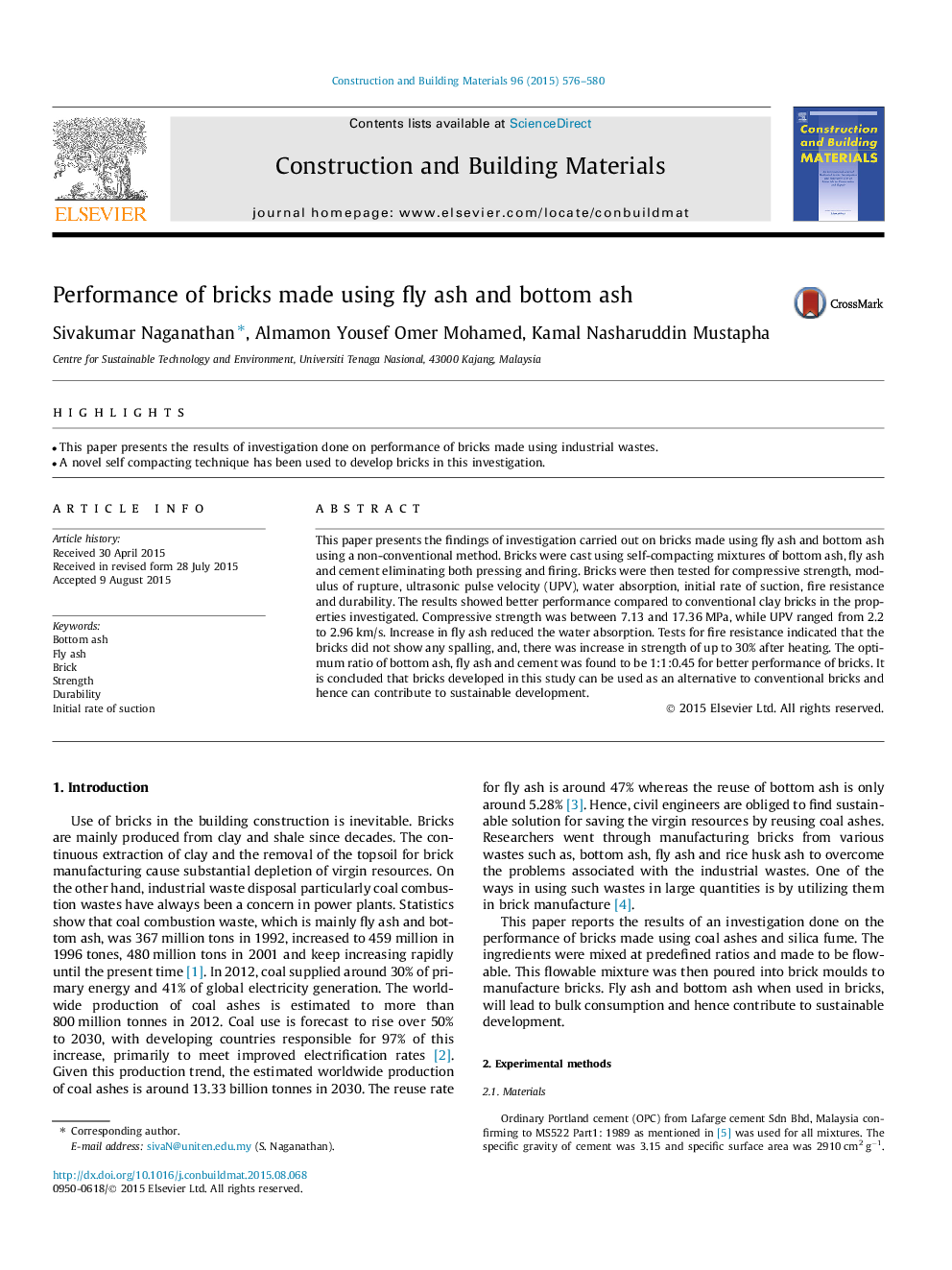 • This paper presents the results of investigation done on performance of bricks made using industrial wastes.
• A novel self compacting technique has been used to develop bricks in this investigation.

This paper presents the findings of investigation carried out on bricks made using fly ash and bottom ash using a non-conventional method. Bricks were cast using self-compacting mixtures of bottom ash, fly ash and cement eliminating both pressing and firing. Bricks were then tested for compressive strength, modulus of rupture, ultrasonic pulse velocity (UPV), water absorption, initial rate of suction, fire resistance and durability. The results showed better performance compared to conventional clay bricks in the properties investigated. Compressive strength was between 7.13 and 17.36 MPa, while UPV ranged from 2.2 to 2.96 km/s. Increase in fly ash reduced the water absorption. Tests for fire resistance indicated that the bricks did not show any spalling, and, there was increase in strength of up to 30% after heating. The optimum ratio of bottom ash, fly ash and cement was found to be 1:1:0.45 for better performance of bricks. It is concluded that bricks developed in this study can be used as an alternative to conventional bricks and hence can contribute to sustainable development.