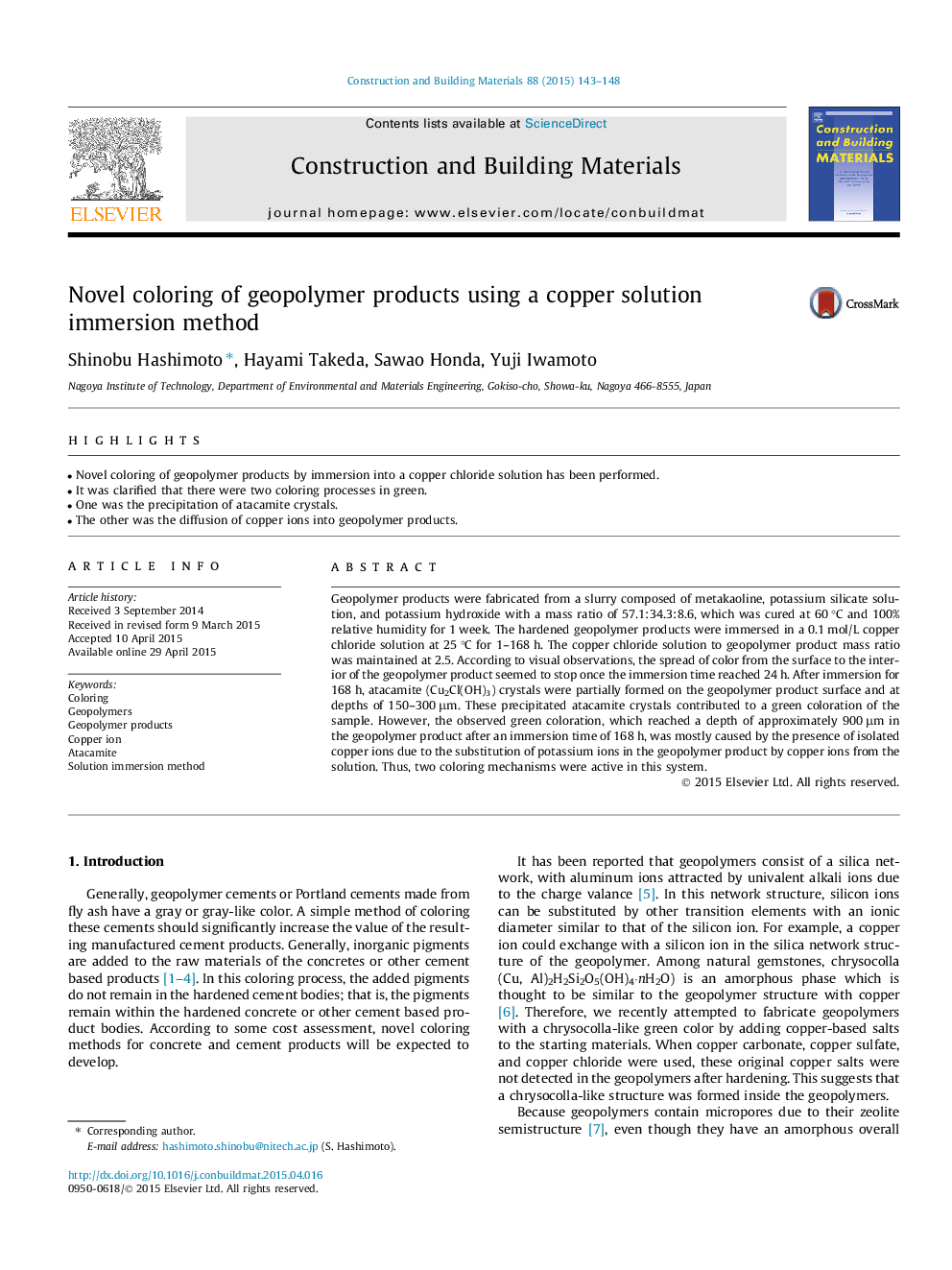 • Novel coloring of geopolymer products by immersion into a copper chloride solution has been performed.
• It was clarified that there were two coloring processes in green.
• One was the precipitation of atacamite crystals.
• The other was the diffusion of copper ions into geopolymer products.