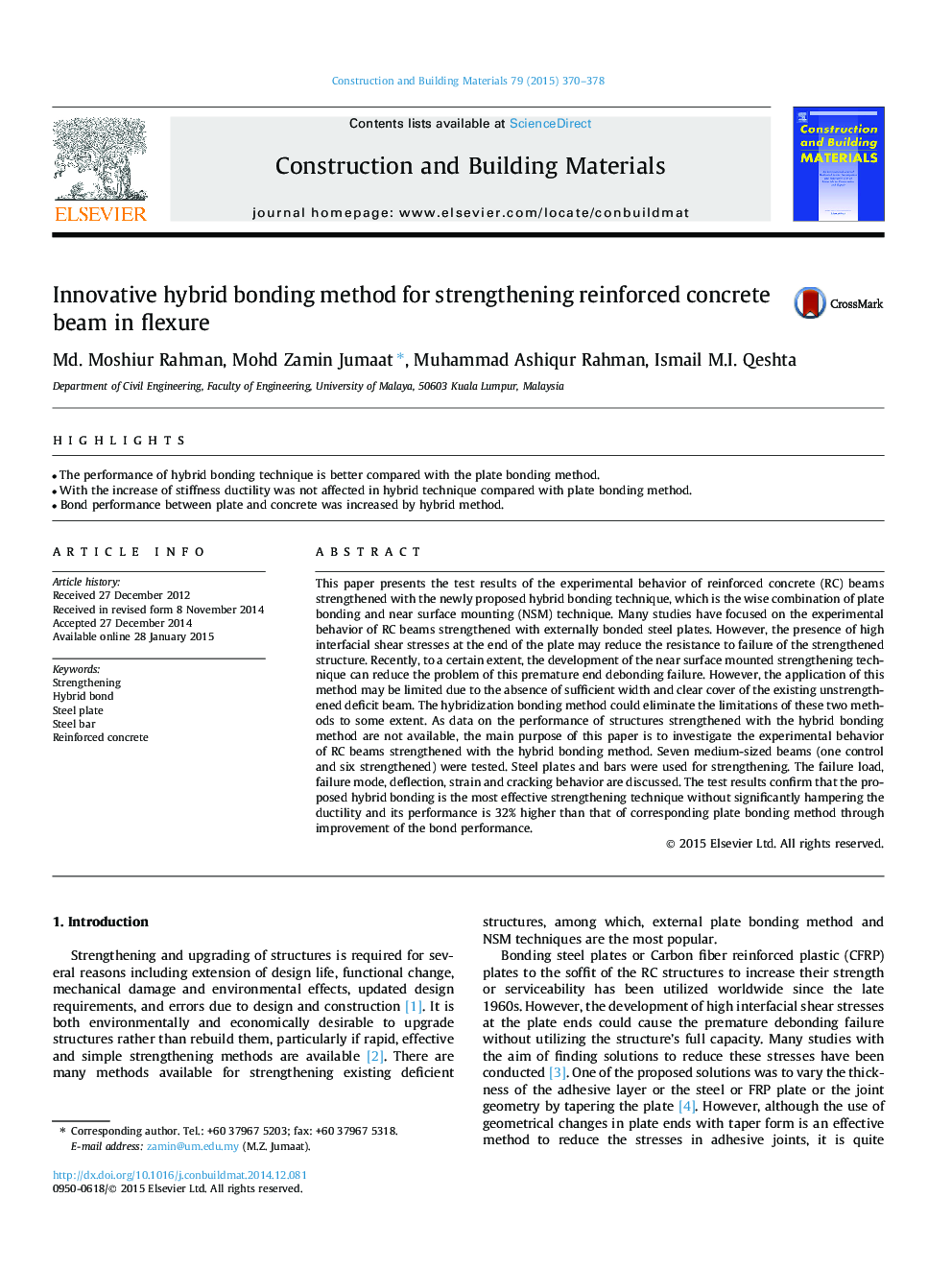 This paper presents the test results of the experimental behavior of reinforced concrete (RC) beams strengthened with the newly proposed hybrid bonding technique, which is the wise combination of plate bonding and near surface mounting (NSM) technique. Many studies have focused on the experimental behavior of RC beams strengthened with externally bonded steel plates. However, the presence of high interfacial shear stresses at the end of the plate may reduce the resistance to failure of the strengthened structure. Recently, to a certain extent, the development of the near surface mounted strengthening technique can reduce the problem of this premature end debonding failure. However, the application of this method may be limited due to the absence of sufficient width and clear cover of the existing unstrengthened deficit beam. The hybridization bonding method could eliminate the limitations of these two methods to some extent. As data on the performance of structures strengthened with the hybrid bonding method are not available, the main purpose of this paper is to investigate the experimental behavior of RC beams strengthened with the hybrid bonding method. Seven medium-sized beams (one control and six strengthened) were tested. Steel plates and bars were used for strengthening. The failure load, failure mode, deflection, strain and cracking behavior are discussed. The test results confirm that the proposed hybrid bonding is the most effective strengthening technique without significantly hampering the ductility and its performance is 32% higher than that of corresponding plate bonding method through improvement of the bond performance.