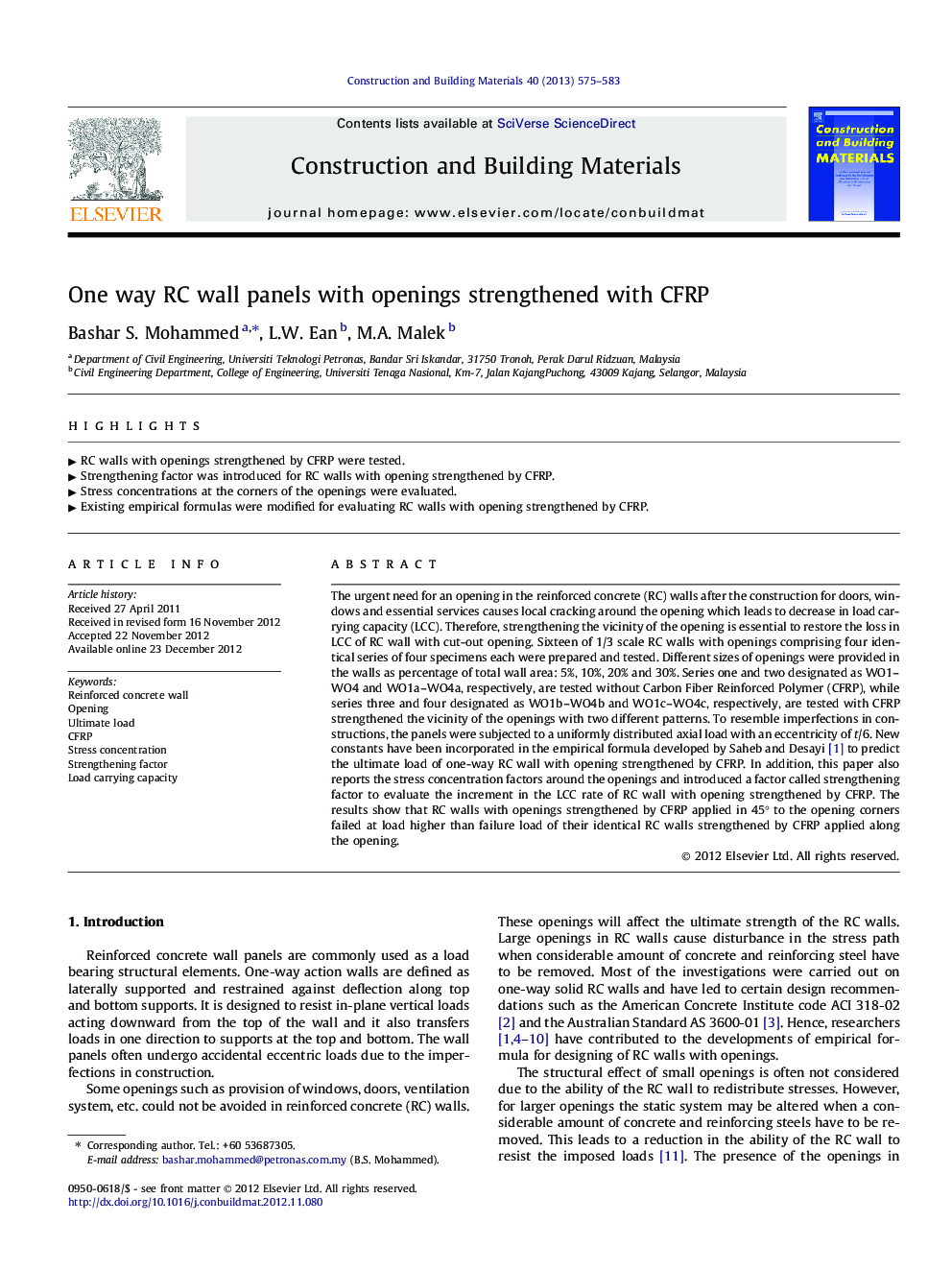 The urgent need for an opening in the reinforced concrete (RC) walls after the construction for doors, windows and essential services causes local cracking around the opening which leads to decrease in load carrying capacity (LCC). Therefore, strengthening the vicinity of the opening is essential to restore the loss in LCC of RC wall with cut-out opening. Sixteen of 1/3 scale RC walls with openings comprising four identical series of four specimens each were prepared and tested. Different sizes of openings were provided in the walls as percentage of total wall area: 5%, 10%, 20% and 30%. Series one and two designated as WO1–WO4 and WO1a–WO4a, respectively, are tested without Carbon Fiber Reinforced Polymer (CFRP), while series three and four designated as WO1b–WO4b and WO1c–WO4c, respectively, are tested with CFRP strengthened the vicinity of the openings with two different patterns. To resemble imperfections in constructions, the panels were subjected to a uniformly distributed axial load with an eccentricity of t/6. New constants have been incorporated in the empirical formula developed by Saheb and Desayi [1] to predict the ultimate load of one-way RC wall with opening strengthened by CFRP. In addition, this paper also reports the stress concentration factors around the openings and introduced a factor called strengthening factor to evaluate the increment in the LCC rate of RC wall with opening strengthened by CFRP. The results show that RC walls with openings strengthened by CFRP applied in 45° to the opening corners failed at load higher than failure load of their identical RC walls strengthened by CFRP applied along the opening.