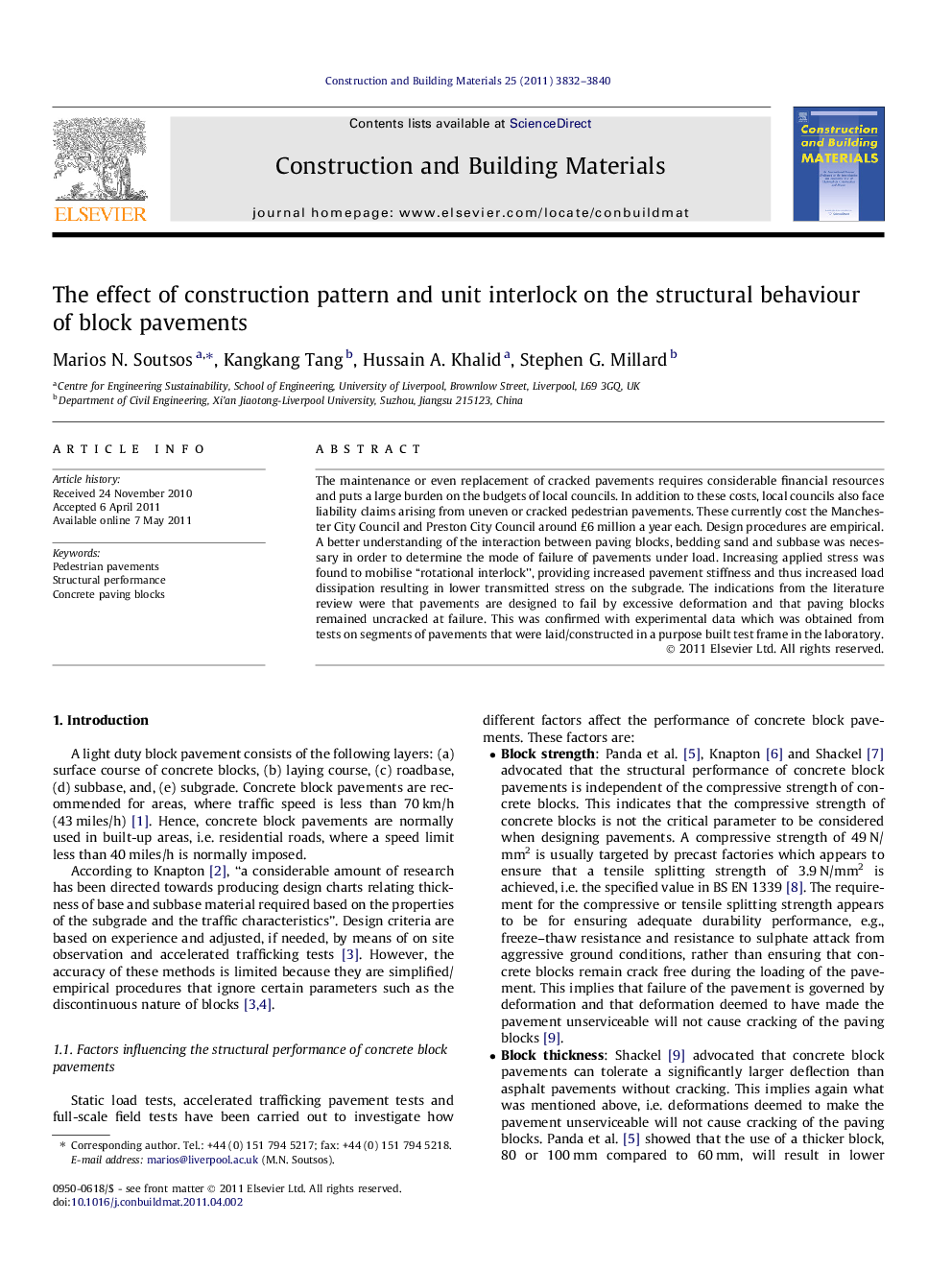 The maintenance or even replacement of cracked pavements requires considerable financial resources and puts a large burden on the budgets of local councils. In addition to these costs, local councils also face liability claims arising from uneven or cracked pedestrian pavements. These currently cost the Manchester City Council and Preston City Council around £6 million a year each. Design procedures are empirical. A better understanding of the interaction between paving blocks, bedding sand and subbase was necessary in order to determine the mode of failure of pavements under load. Increasing applied stress was found to mobilise “rotational interlock”, providing increased pavement stiffness and thus increased load dissipation resulting in lower transmitted stress on the subgrade. The indications from the literature review were that pavements are designed to fail by excessive deformation and that paving blocks remained uncracked at failure. This was confirmed with experimental data which was obtained from tests on segments of pavements that were laid/constructed in a purpose built test frame in the laboratory.