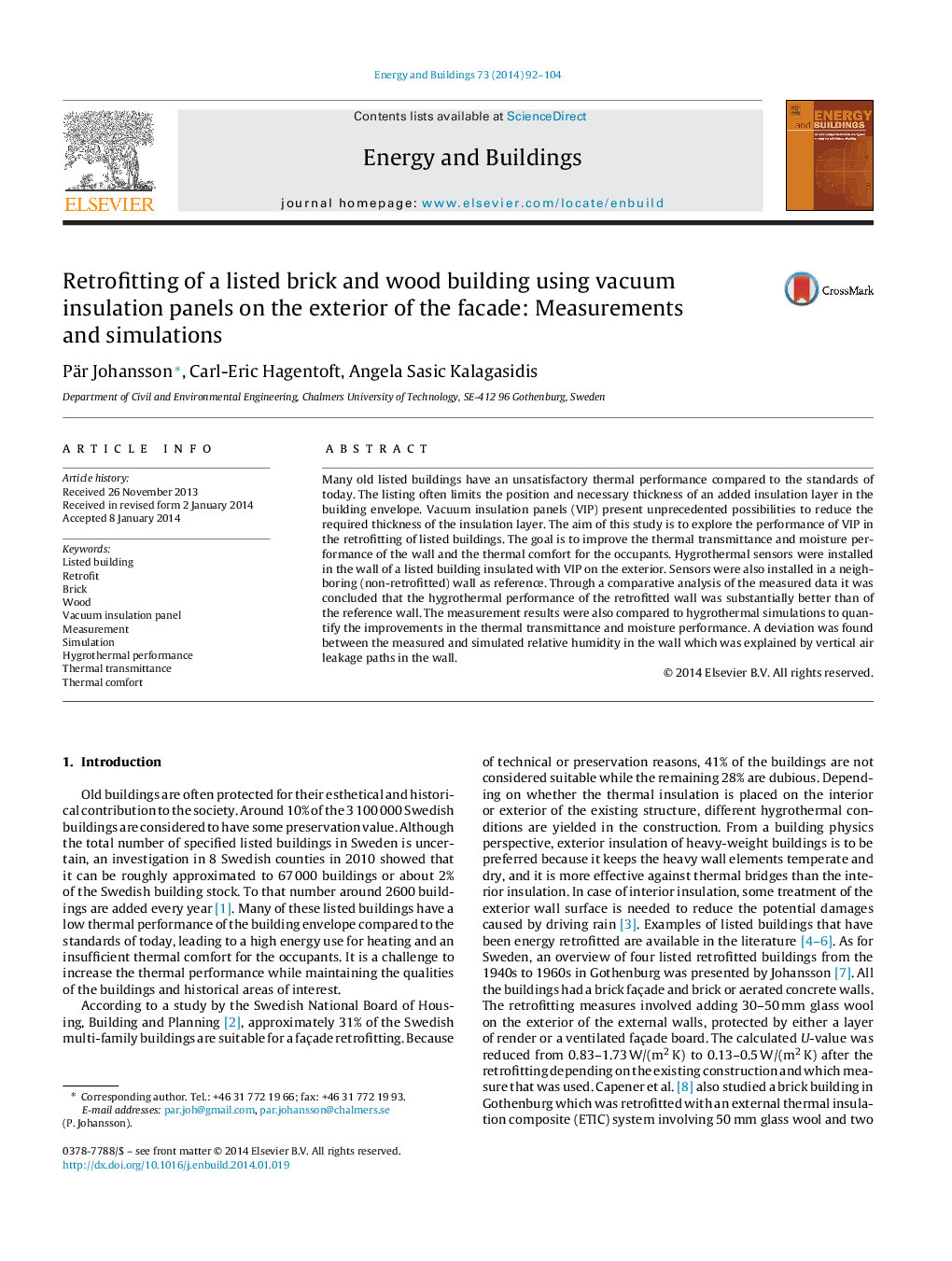 • A façade of a listed building was retrofitted with 20 mm VIP on the exterior.
• Hygrothermal sensors were installed in the wall and in a neighboring reference wall.
• The measurements were compared to hygrothermal simulations.
• The influence of thermal bridges around the VIP was investigated.
• The calculated thermal transmittance was reduced by 64% and the energy use by 20%.

Many old listed buildings have an unsatisfactory thermal performance compared to the standards of today. The listing often limits the position and necessary thickness of an added insulation layer in the building envelope. Vacuum insulation panels (VIP) present unprecedented possibilities to reduce the required thickness of the insulation layer. The aim of this study is to explore the performance of VIP in the retrofitting of listed buildings. The goal is to improve the thermal transmittance and moisture performance of the wall and the thermal comfort for the occupants. Hygrothermal sensors were installed in the wall of a listed building insulated with VIP on the exterior. Sensors were also installed in a neighboring (non-retrofitted) wall as reference. Through a comparative analysis of the measured data it was concluded that the hygrothermal performance of the retrofitted wall was substantially better than of the reference wall. The measurement results were also compared to hygrothermal simulations to quantify the improvements in the thermal transmittance and moisture performance. A deviation was found between the measured and simulated relative humidity in the wall which was explained by vertical air leakage paths in the wall.