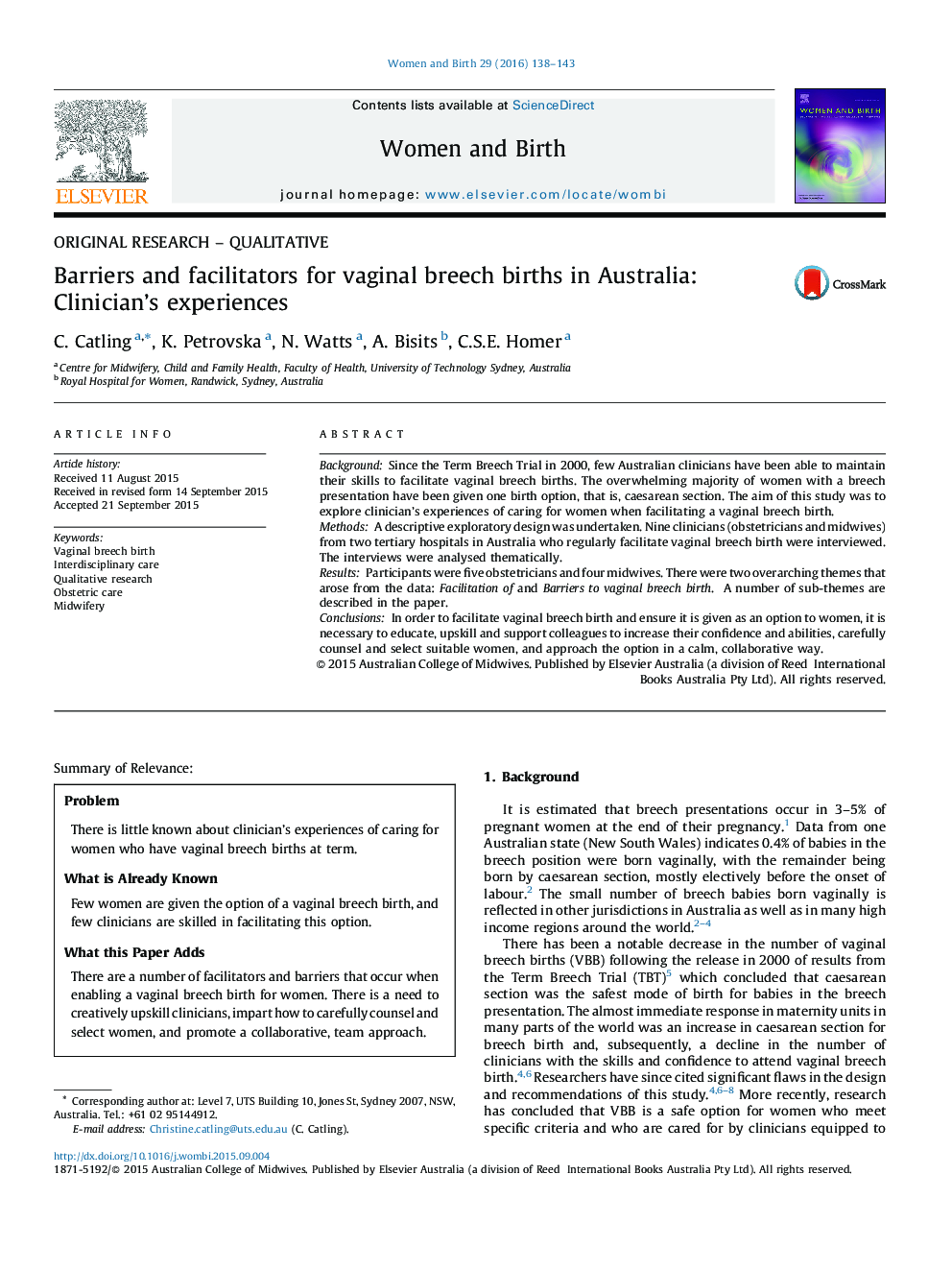 BackgroundSince the Term Breech Trial in 2000, few Australian clinicians have been able to maintain their skills to facilitate vaginal breech births. The overwhelming majority of women with a breech presentation have been given one birth option, that is, caesarean section. The aim of this study was to explore clinician's experiences of caring for women when facilitating a vaginal breech birth.MethodsA descriptive exploratory design was undertaken. Nine clinicians (obstetricians and midwives) from two tertiary hospitals in Australia who regularly facilitate vaginal breech birth were interviewed. The interviews were analysed thematically.ResultsParticipants were five obstetricians and four midwives. There were two overarching themes that arose from the data: Facilitation of and Barriers to vaginal breech birth. A number of sub-themes are described in the paper.ConclusionsIn order to facilitate vaginal breech birth and ensure it is given as an option to women, it is necessary to educate, upskill and support colleagues to increase their confidence and abilities, carefully counsel and select suitable women, and approach the option in a calm, collaborative way.