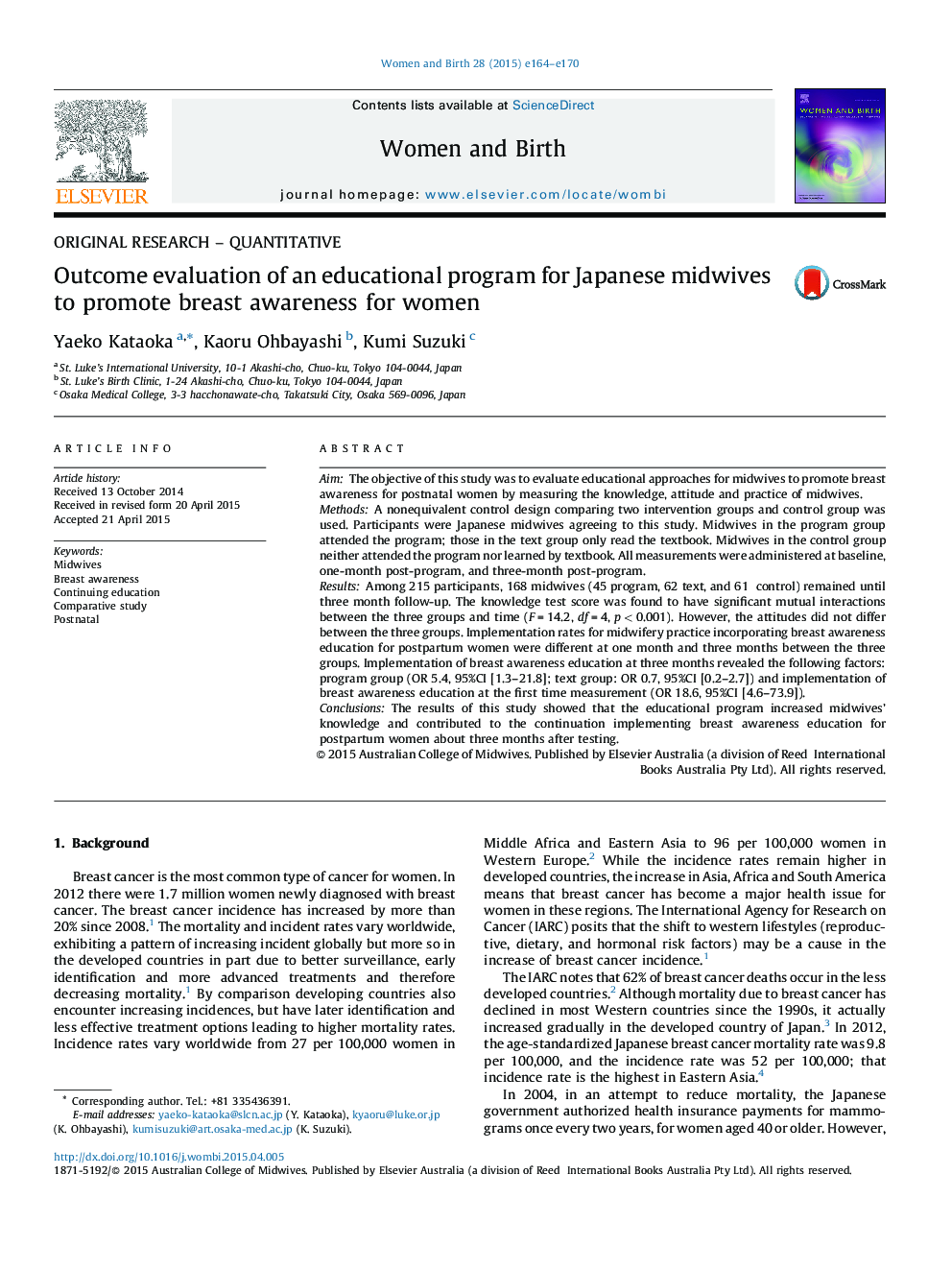 AimThe objective of this study was to evaluate educational approaches for midwives to promote breast awareness for postnatal women by measuring the knowledge, attitude and practice of midwives.MethodsA nonequivalent control design comparing two intervention groups and control group was used. Participants were Japanese midwives agreeing to this study. Midwives in the program group attended the program; those in the text group only read the textbook. Midwives in the control group neither attended the program nor learned by textbook. All measurements were administered at baseline, one-month post-program, and three-month post-program.ResultsAmong 215 participants, 168 midwives (45 program, 62 text, and 61 control) remained until three month follow-up. The knowledge test score was found to have significant mutual interactions between the three groups and time (F = 14.2, df = 4, p < 0.001). However, the attitudes did not differ between the three groups. Implementation rates for midwifery practice incorporating breast awareness education for postpartum women were different at one month and three months between the three groups. Implementation of breast awareness education at three months revealed the following factors: program group (OR 5.4, 95%CI [1.3–21.8]; text group: OR 0.7, 95%CI [0.2–2.7]) and implementation of breast awareness education at the first time measurement (OR 18.6, 95%CI [4.6–73.9]).ConclusionsThe results of this study showed that the educational program increased midwives’ knowledge and contributed to the continuation implementing breast awareness education for postpartum women about three months after testing.