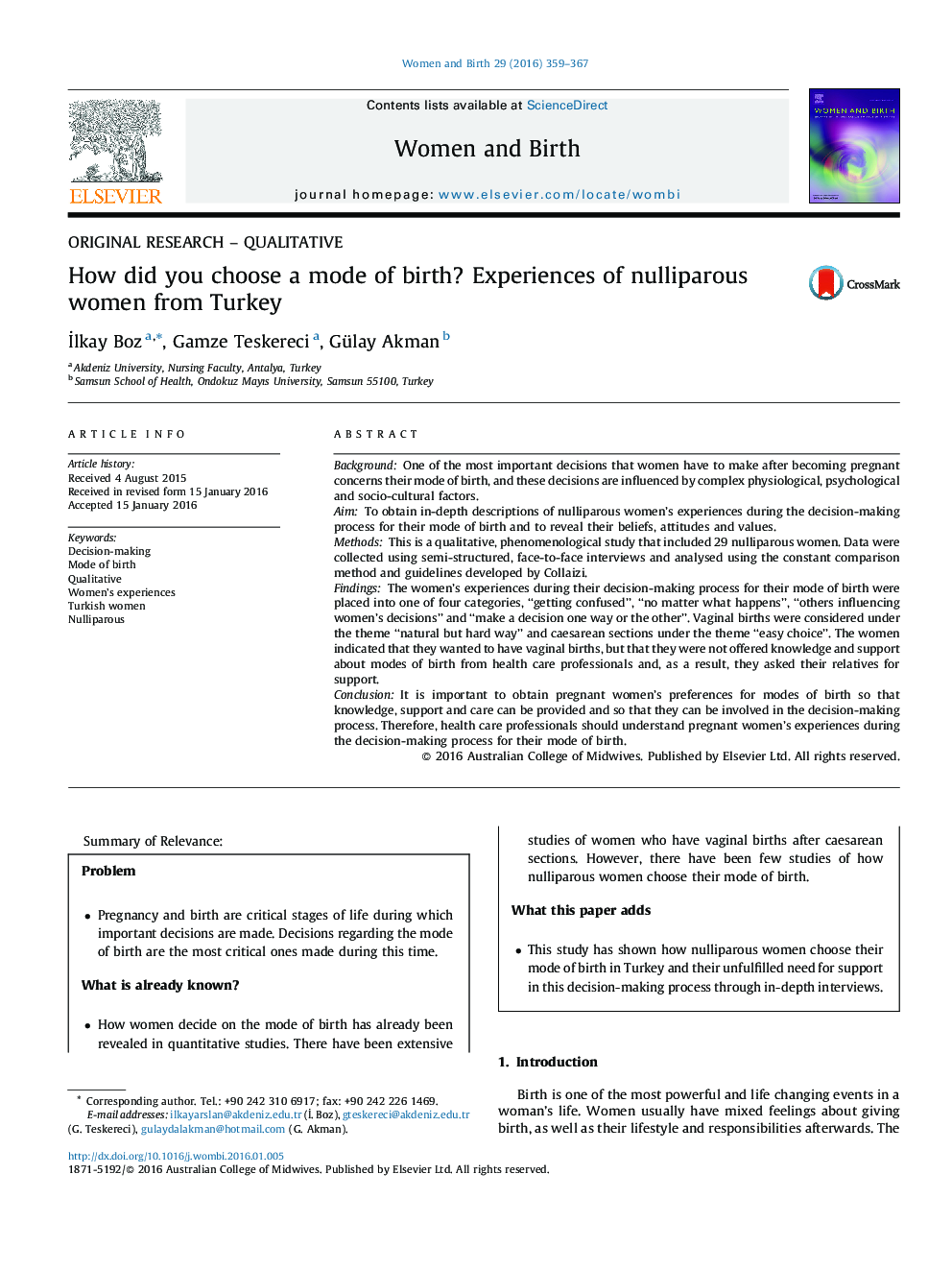 BackgroundOne of the most important decisions that women have to make after becoming pregnant concerns their mode of birth, and these decisions are influenced by complex physiological, psychological and socio-cultural factors.AimTo obtain in-depth descriptions of nulliparous women's experiences during the decision-making process for their mode of birth and to reveal their beliefs, attitudes and values.MethodsThis is a qualitative, phenomenological study that included 29 nulliparous women. Data were collected using semi-structured, face-to-face interviews and analysed using the constant comparison method and guidelines developed by Collaizi.FindingsThe women's experiences during their decision-making process for their mode of birth were placed into one of four categories, “getting confused”, “no matter what happens”, “others influencing women's decisions” and “make a decision one way or the other”. Vaginal births were considered under the theme “natural but hard way” and caesarean sections under the theme “easy choice”. The women indicated that they wanted to have vaginal births, but that they were not offered knowledge and support about modes of birth from health care professionals and, as a result, they asked their relatives for support.ConclusionIt is important to obtain pregnant women's preferences for modes of birth so that knowledge, support and care can be provided and so that they can be involved in the decision-making process. Therefore, health care professionals should understand pregnant women's experiences during the decision-making process for their mode of birth.