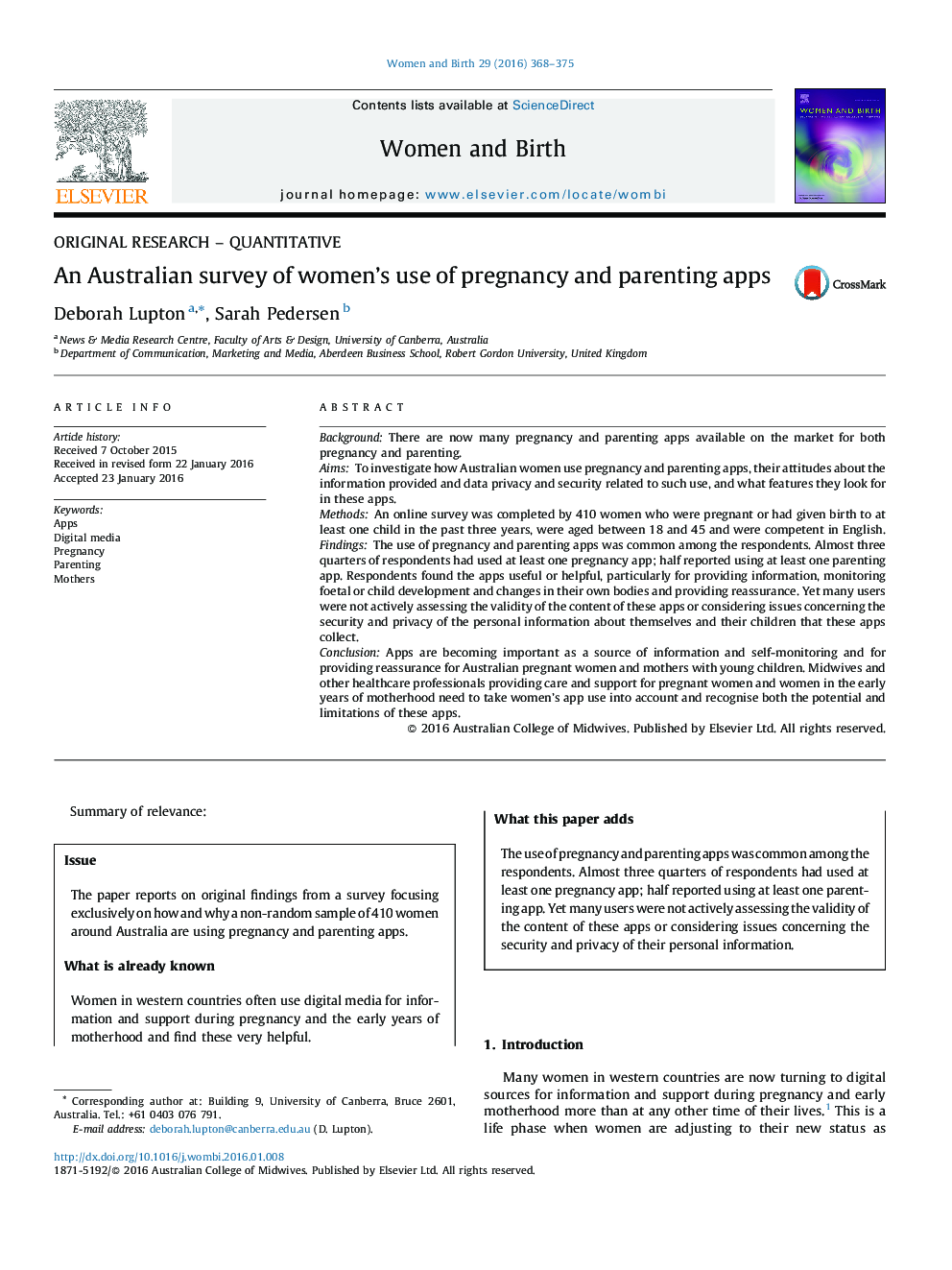 BackgroundThere are now many pregnancy and parenting apps available on the market for both pregnancy and parenting.AimsTo investigate how Australian women use pregnancy and parenting apps, their attitudes about the information provided and data privacy and security related to such use, and what features they look for in these apps.MethodsAn online survey was completed by 410 women who were pregnant or had given birth to at least one child in the past three years, were aged between 18 and 45 and were competent in English.FindingsThe use of pregnancy and parenting apps was common among the respondents. Almost three quarters of respondents had used at least one pregnancy app; half reported using at least one parenting app. Respondents found the apps useful or helpful, particularly for providing information, monitoring foetal or child development and changes in their own bodies and providing reassurance. Yet many users were not actively assessing the validity of the content of these apps or considering issues concerning the security and privacy of the personal information about themselves and their children that these apps collect.ConclusionApps are becoming important as a source of information and self-monitoring and for providing reassurance for Australian pregnant women and mothers with young children. Midwives and other healthcare professionals providing care and support for pregnant women and women in the early years of motherhood need to take women's app use into account and recognise both the potential and limitations of these apps.