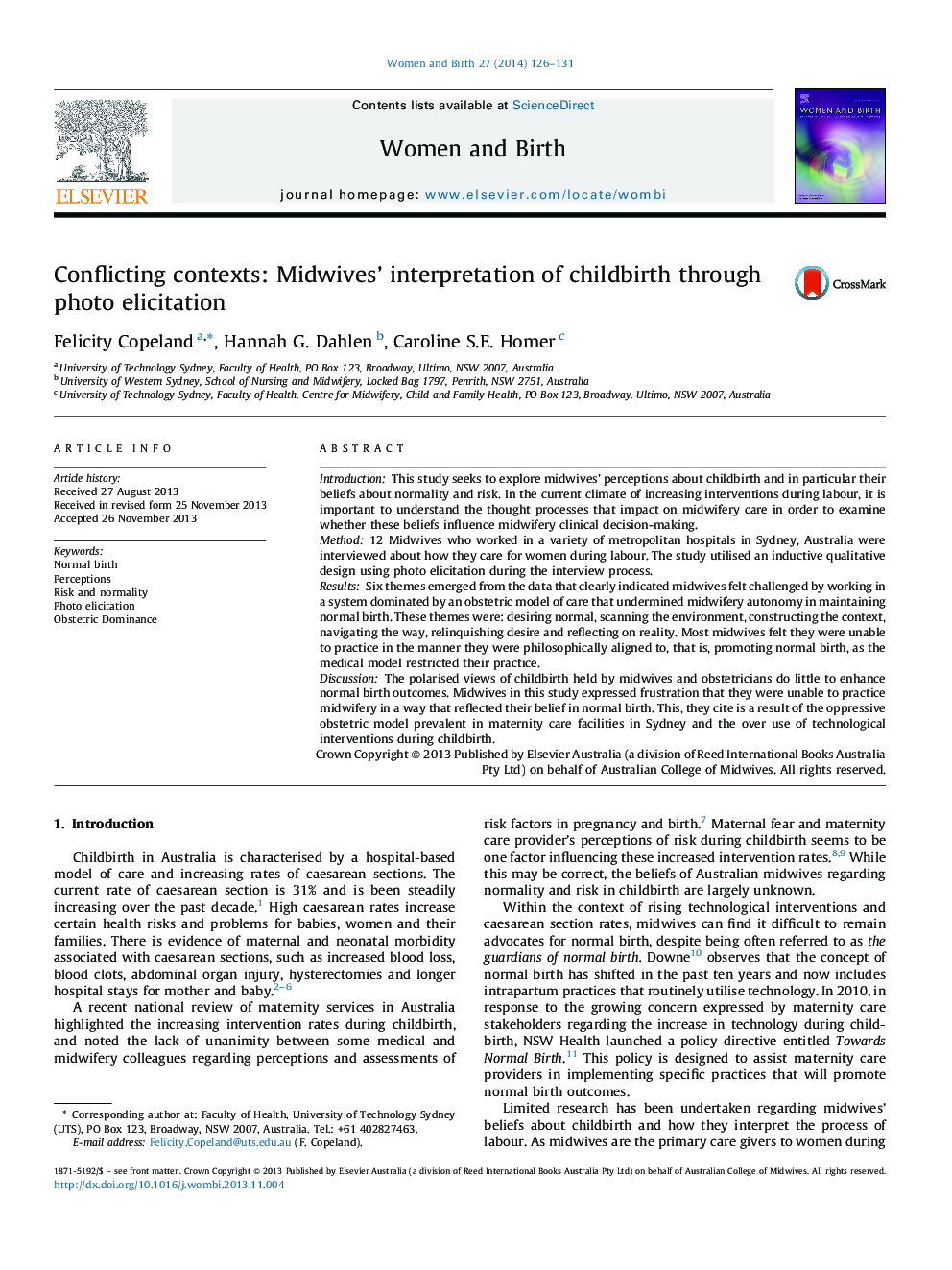 IntroductionThis study seeks to explore midwives’ perceptions about childbirth and in particular their beliefs about normality and risk. In the current climate of increasing interventions during labour, it is important to understand the thought processes that impact on midwifery care in order to examine whether these beliefs influence midwifery clinical decision-making.Method12 Midwives who worked in a variety of metropolitan hospitals in Sydney, Australia were interviewed about how they care for women during labour. The study utilised an inductive qualitative design using photo elicitation during the interview process.ResultsSix themes emerged from the data that clearly indicated midwives felt challenged by working in a system dominated by an obstetric model of care that undermined midwifery autonomy in maintaining normal birth. These themes were: desiring normal, scanning the environment, constructing the context, navigating the way, relinquishing desire and reflecting on reality. Most midwives felt they were unable to practice in the manner they were philosophically aligned to, that is, promoting normal birth, as the medical model restricted their practice.DiscussionThe polarised views of childbirth held by midwives and obstetricians do little to enhance normal birth outcomes. Midwives in this study expressed frustration that they were unable to practice midwifery in a way that reflected their belief in normal birth. This, they cite is a result of the oppressive obstetric model prevalent in maternity care facilities in Sydney and the over use of technological interventions during childbirth.