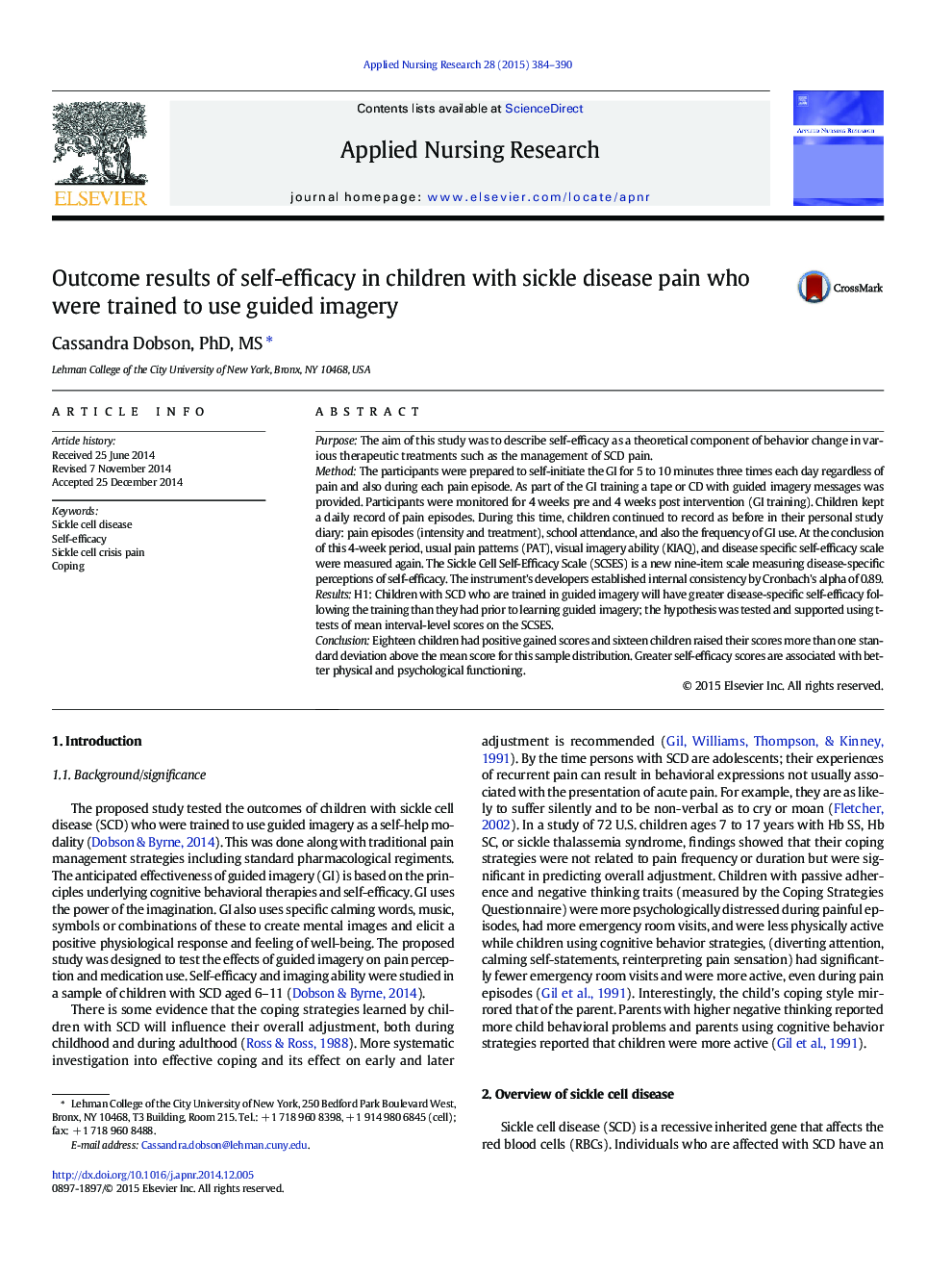 PurposeThe aim of this study was to describe self-efficacy as a theoretical component of behavior change in various therapeutic treatments such as the management of SCD pain.MethodThe participants were prepared to self-initiate the GI for 5 to 10 minutes three times each day regardless of pain and also during each pain episode. As part of the GI training a tape or CD with guided imagery messages was provided. Participants were monitored for 4 weeks pre and 4 weeks post intervention (GI training). Children kept a daily record of pain episodes. During this time, children continued to record as before in their personal study diary: pain episodes (intensity and treatment), school attendance, and also the frequency of GI use. At the conclusion of this 4-week period, usual pain patterns (PAT), visual imagery ability (KIAQ), and disease specific self-efficacy scale were measured again. The Sickle Cell Self-Efficacy Scale (SCSES) is a new nine-item scale measuring disease-specific perceptions of self-efficacy. The instrument's developers established internal consistency by Cronbach's alpha of 0.89.ResultsH1: Children with SCD who are trained in guided imagery will have greater disease-specific self-efficacy following the training than they had prior to learning guided imagery; the hypothesis was tested and supported using t-tests of mean interval-level scores on the SCSES.ConclusionEighteen children had positive gained scores and sixteen children raised their scores more than one standard deviation above the mean score for this sample distribution. Greater self-efficacy scores are associated with better physical and psychological functioning.