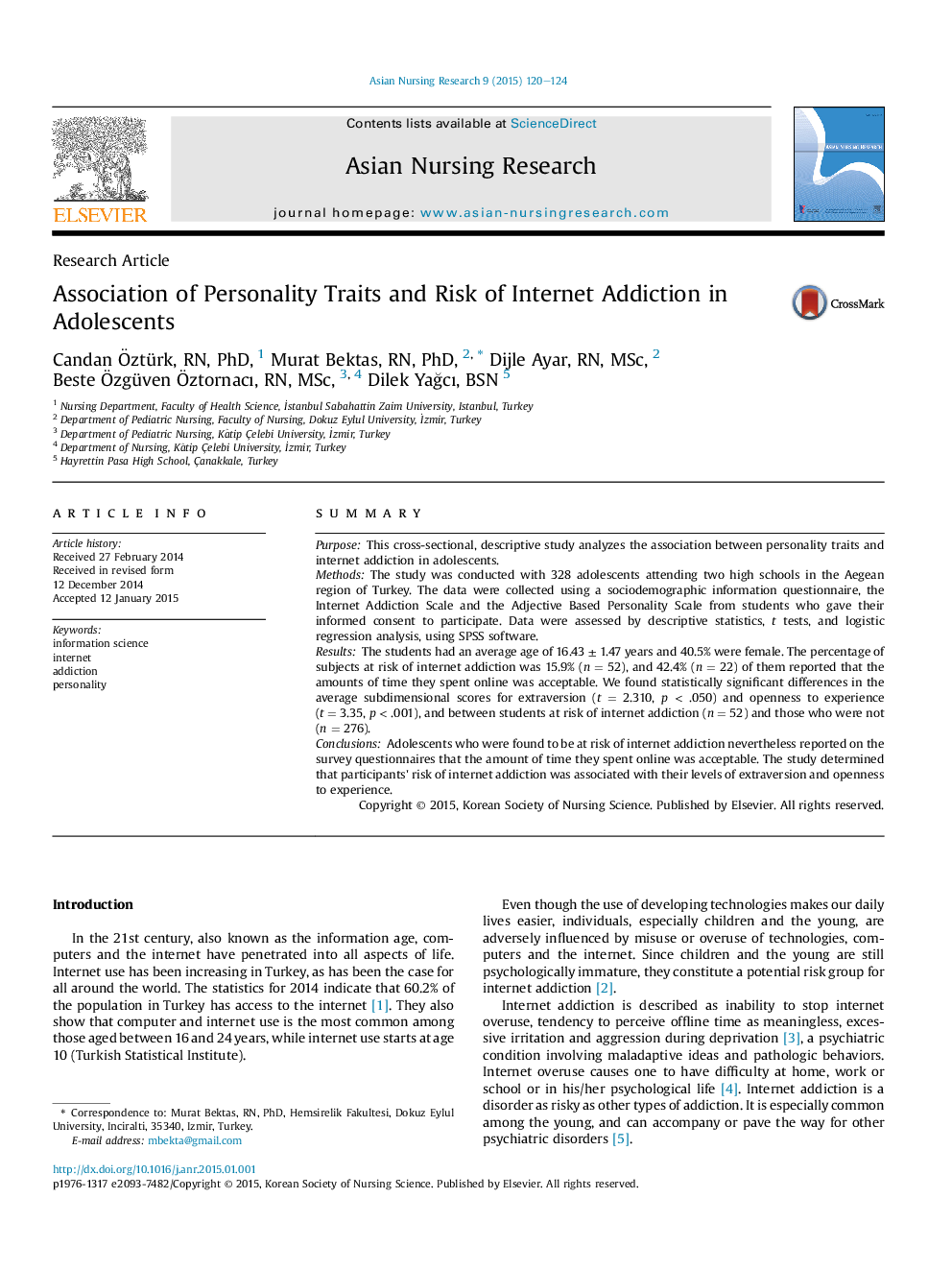 SummaryPurposeThis cross-sectional, descriptive study analyzes the association between personality traits and internet addiction in adolescents.MethodsThe study was conducted with 328 adolescents attending two high schools in the Aegean region of Turkey. The data were collected using a sociodemographic information questionnaire, the Internet Addiction Scale and the Adjective Based Personality Scale from students who gave their informed consent to participate. Data were assessed by descriptive statistics, t tests, and logistic regression analysis, using SPSS software.ResultsThe students had an average age of 16.43 ± 1.47 years and 40.5% were female. The percentage of subjects at risk of internet addiction was 15.9% (n = 52), and 42.4% (n = 22) of them reported that the amounts of time they spent online was acceptable. We found statistically significant differences in the average subdimensional scores for extraversion (t = 2.310, p < .050) and openness to experience (t = 3.35, p < .001), and between students at risk of internet addiction (n = 52) and those who were not (n = 276).ConclusionsAdolescents who were found to be at risk of internet addiction nevertheless reported on the survey questionnaires that the amount of time they spent online was acceptable. The study determined that participants' risk of internet addiction was associated with their levels of extraversion and openness to experience.